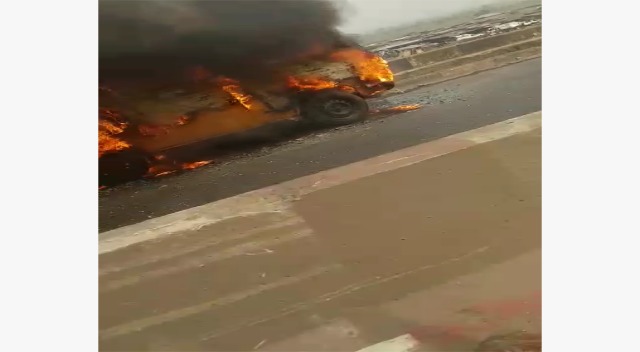 A burning vehicle on Kara Bridge along the Lagos-Ibadan expressway on Tuesday morning has caused traffic on the already narrowed bridge.

The incident on Kara Bridge, which was already narrowed by the ongoing road project on the expressway, was a concern for motorists as they were at standstill.

As of the time of filing this report, first responders, including the men of the Federal Road Safety Corps and firefighters, were seen trying to manage the situation. 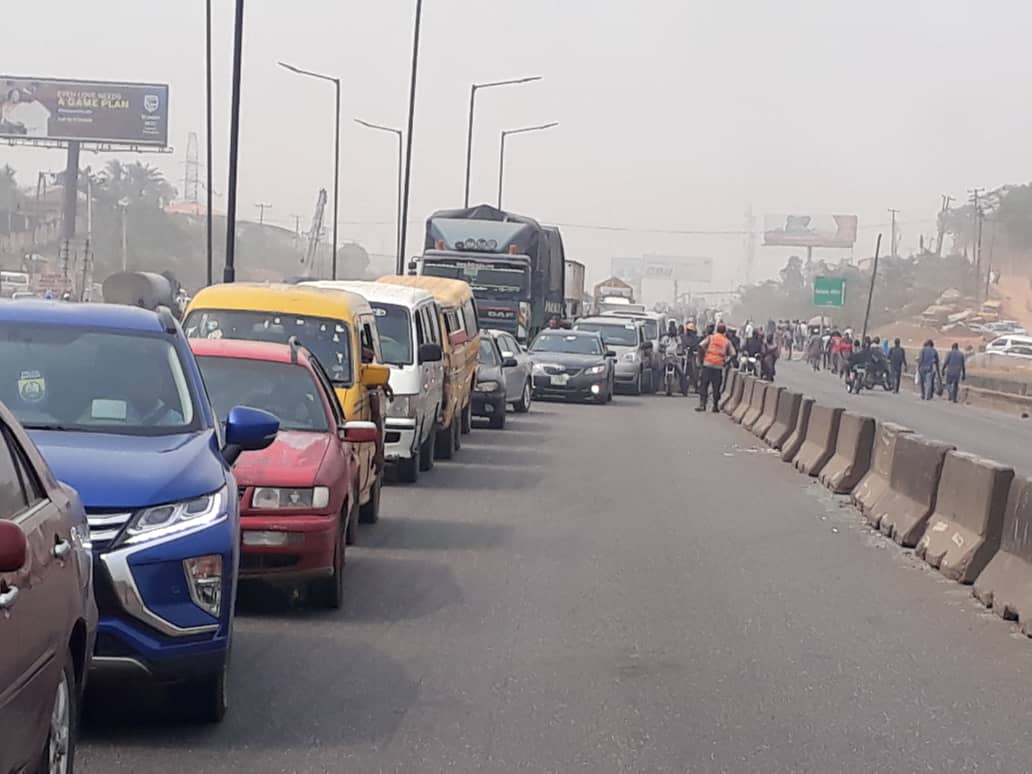 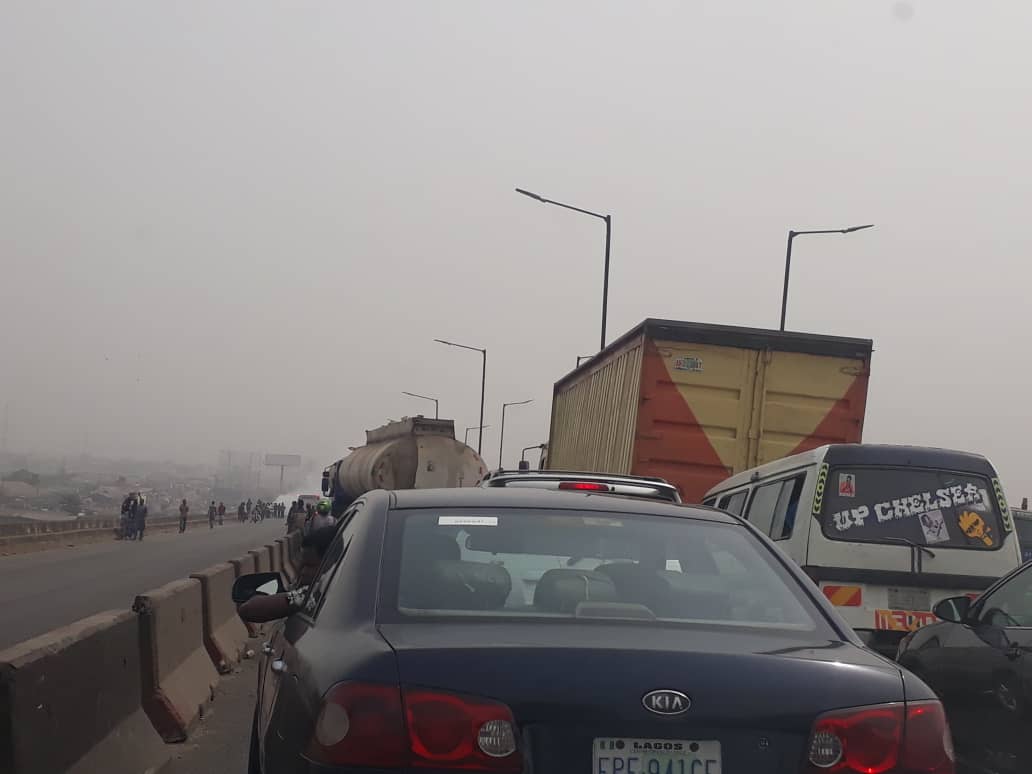 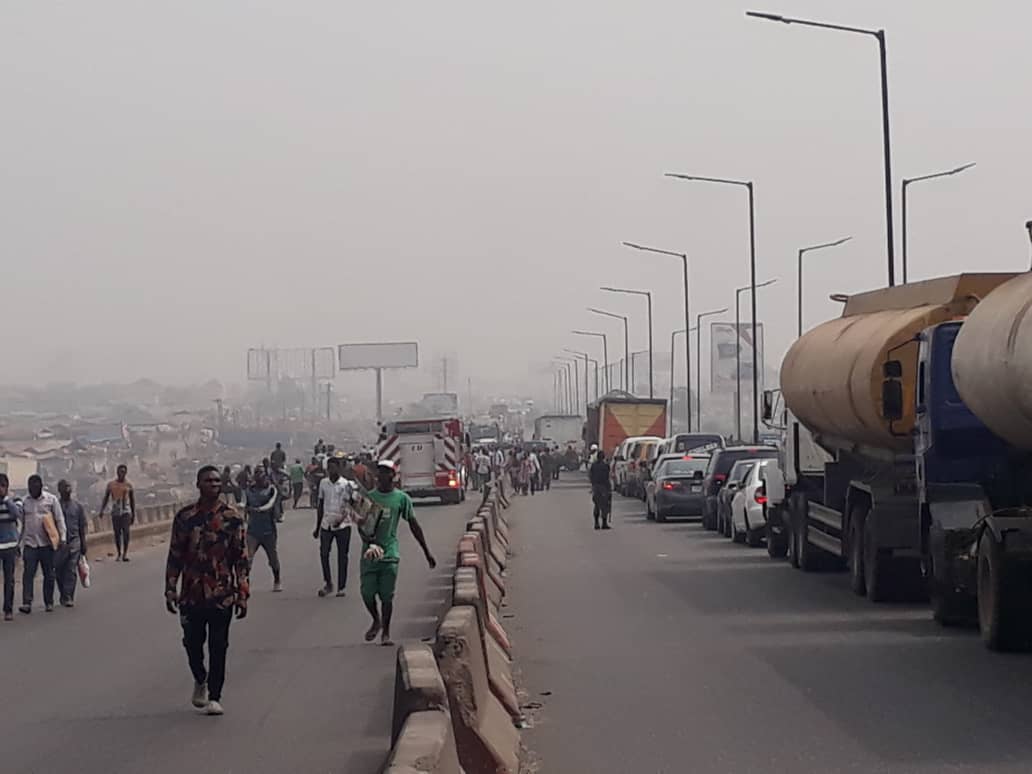 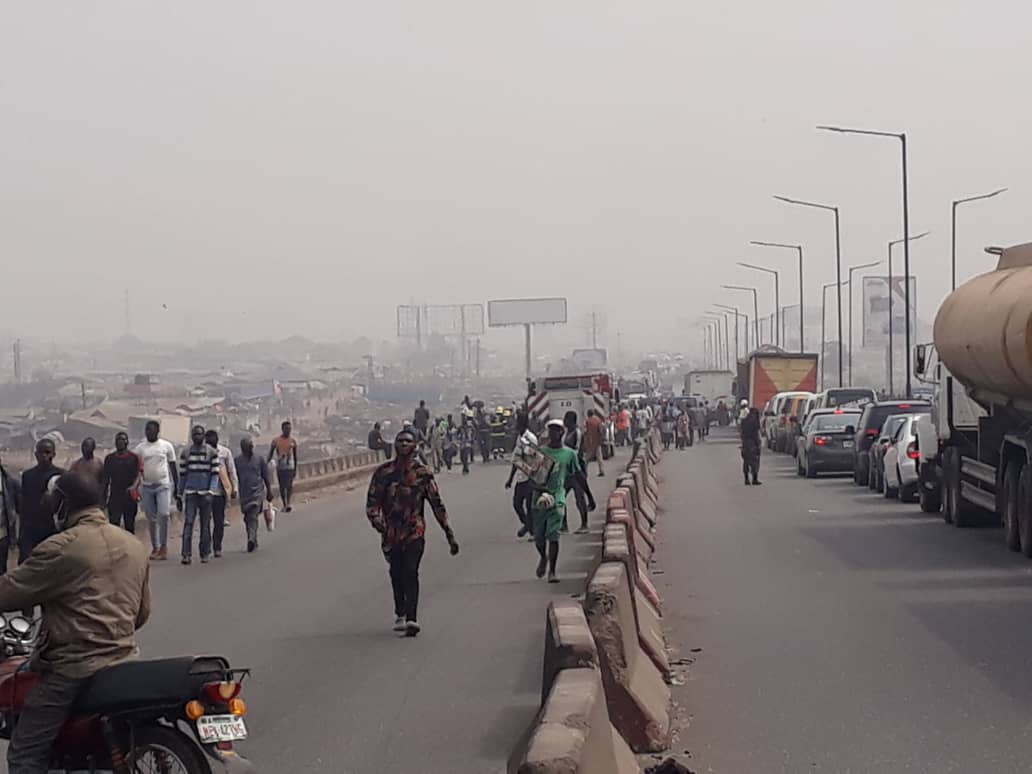