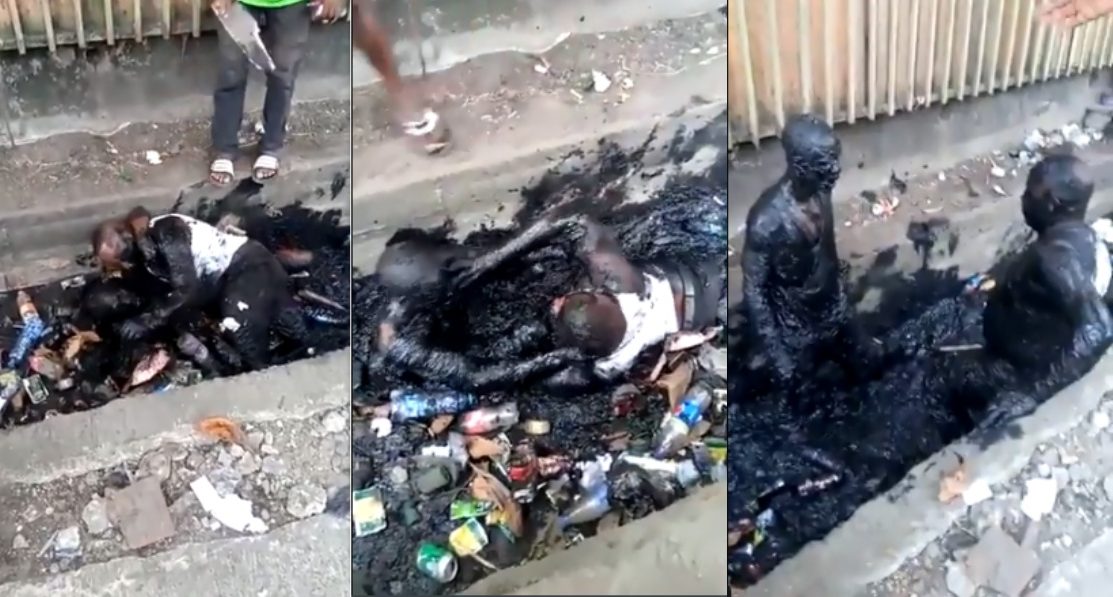 Living and commuting in Lagos daily via public transport can be full of drama.

There is never a dull moment in Lagos commercial buses and on Lagos roads, many residents of the nation’s commercial center always boast.

From passenger-conductor fight to bus driver and private car driver fight. Need we mention the fight between drivers and traffic wardens, especially the police? Lagos roads are cinemas of some sort.

After cussing out at each other, passengers and conductors are always quick to raise their hands to exchange punches whenever there is a little argument over fare or balance.

In the past, there have been reports of passengers beaten or hacked to death by conductors and vice versa while fighting over some ridiculous issues.

A video emerged on social media on Friday showing how a misunderstanding between two men suspected to be a bus conductor and a passenger turned awry.

The fight which is believed to have started with a war of words degenerated into an ugly scene as the two men were seen fighting inside a gutter full of black mud.

Some social media users have described the scene as horrible.

The Twitter user who shared the viral video said the fight started over an argument on N100.

Efforts by onlookers to separate the two men proved abortive until they announced to them that soldiers were coming with a gun, that was the point they released themselves.