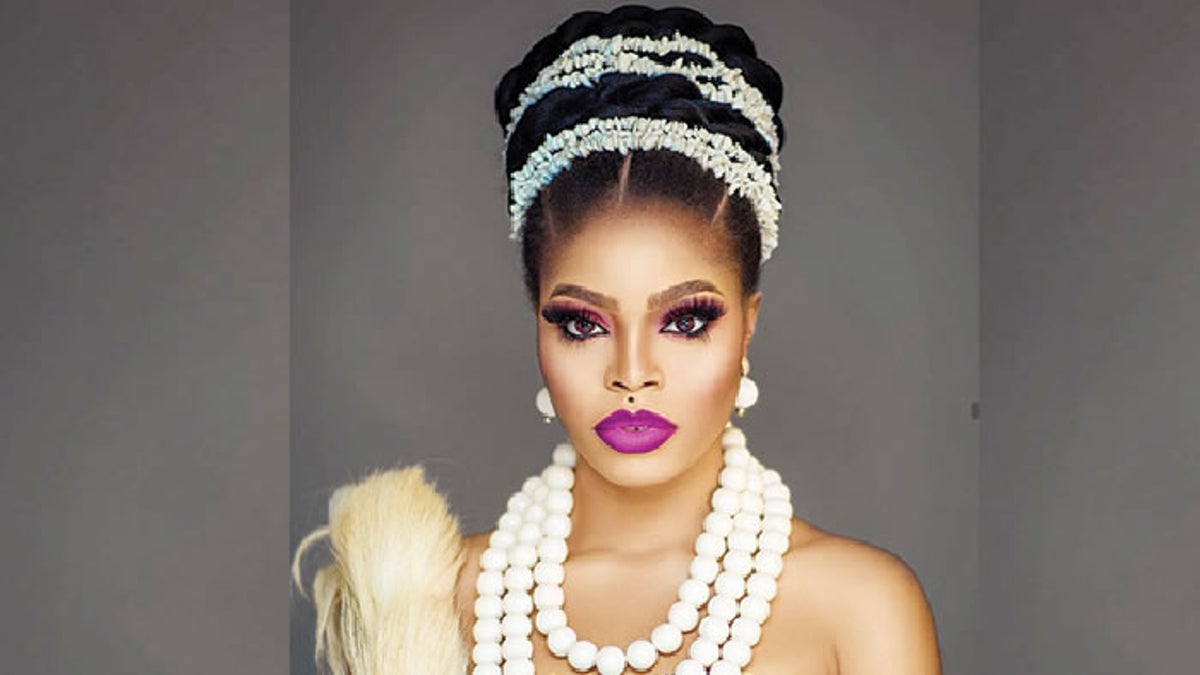 Family and friends of a businesswoman, Judith Omonua, who died after efforts to undergo a heart procedure proved abortive due to the lockdown, have been grieving over her demise.

WuzupNigeria reports that in the official announcement of Judith’s death, the funeral service was fixed for Friday, May 1, 2020.

Judith’s sister took to her Instagram page, @ghunueffects, to announce the tragic news and also chronicled the circumstances surrounding the businesswoman’s death.

The account, which had been trending on the social media, stated that the 24-year-old had been battling complications associated with heart disease for three years until she died on April 27, 2020.

Until her death, Judith was said to have been confined to a wheelchair and placed on oxygen as her health deteriorated. At a point, she reportedly coughed and vomited blood for three consecutive days.

However, it was gathered that Judith was told to undergo a surgery to ease the strain on her heart, but the procedure could not be carried out due to the lockdown occasioned by the coronavirus pandemic.

“She (Judith) was given hope when we were told that she could get an implant (heart pacemaker surgery) done to ease d strain on her heart but dat had to be after the lockdown. D end of the lockdown neva came for Ghunu, Ghunu started hinting about how tired she was of d constant pain. She was losing hope of ever getting well n we gradually watched her deteriorate! We tried to build her faith, we tried to talk her out of her constant brooding moods n desire to give up!

“We told her that the lockdown would be ova soon n she’ll get her surgery done! I remembered wen she coughed n vomited blood for 3 days just becos she ate noodles n she wasn’t supposed to take anything with Sodium in it! On Sunday night was wen she finally accepted dat dis world wasn’t for her anymore. She kept on saying she was tired n refused to respond to prayers of faith n health processes over her. She had made her peace wit God…

“I snuck into her room at almost 3am on Monday just to see how she was fairing, I put her thin withering hands on my Facebook kissed her palm like I always love to do wen she was asleep! I neva imagined dat was the last time I was going to feel my sister alive!…I slept on Monday morning n didn’t do my routine check on Ghunu thinking I’ll go n disturb her in d afternoon like I always do!…I barged into her room like I always do (as a big sister nao) I was like ‘Nunu dey have brought light oh, lemme help u turn on ur AC lazy geh’ But Ghunu didn’t respond…

“I screamed for help n my mum n bro came rushing in! I performed CPR on her, poured water on her but notyn! I even went ahead to cut her with a razor blade thinking d pain would make her twitch but wot came out was black blood! I didn’t want to accept that the inevitable had happen so I used her BP machine to check for her blood pressure! Went down to 0 n error! No pulse or heartbeat. We drove her to the hospital in a frenzy! I was screaming n asking d Drs to do anytin dat I was ready to pay! She was pronounced BID ‘Brought in dead’.”

When Instablog9ja posted the news about the tragic incident, Nigerians took to their social media handles to commiserate with the family

“I felt chills down my spine reading this. May her soul RIP. Rest on sister, you can finally rest from the pains.”

While @souvnirgbanjo described Judith as “a kind and humble lady,” another Instagram user, @bestwigsandskincare, stated that she had known the businesswoman “to be a very hard working lady for years.”

In the official announcement of Judith’s death, the funeral service was fixed for Friday, May 1, 2020. 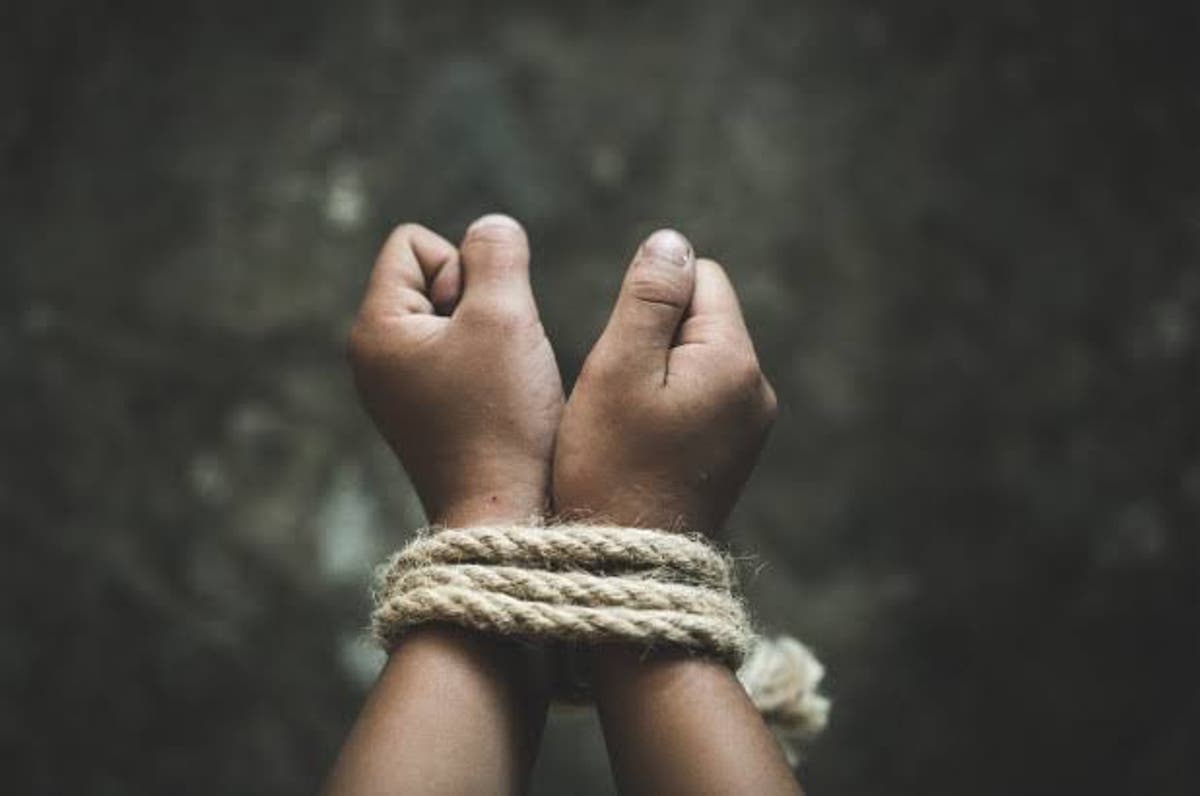 Twenty-five-year-old who was kidnapped by suspected herdsmen in the Isa-Ogwashi-Uku area of Delta state, gang-raped and forced to drink the blood of another victim as water, while in her captors’ den has shared her tragic story.

According to the lady identified as Victoria Okocha, she left her home town in Ubulu-Uku, Aniocha South Local Government of the state last Friday, July 10, and was heading for Asaba, the state’s capital.

She had boarded a bus and while in transit, they sighted a fallen tree across the road at Isa-Ogwashi.

Presuming that the fallen tree was as a result of the heavy downpour the previous day, the driver kept moving towards the direction of the tree until they discovered too late that it was used to barricade the way.

MORE READING!  How my gateman planned an attack on my children and I, Mom narrates terrible experience

”By the time the driver attempted to reverse, it was too late as a man armed with a cutlass, hit his side window in an attempt to drag him out of the vehicle. Passengers hurriedly jumped out and ran into the bush in different directions. But I was unlucky because I had cramps and fell. Another one got hold of me and dragged me into the bush, while the driver who was inflicted with matchet cuts managed to escape.

They took me far into the bush and demanded N20 million ransom. When I told them my family could not afford that amount because we are poor, they threatened to cut my breasts and plucked out my eyeballs from their sockets if they did not get the amount. They were five in number and spoke in Fulani dialect. Only one of them could speak English. I was blindfolded and had my hands tied. Five of them took turns to rape me that night.

When they contacted one of my relatives, Afamefune, he begged that they reduce the amount and they agreed to reduce it to N5 million. I stayed with them for two days before my people could raise some money which was dropped at a designated place. They also collected N2000 out of the N3000 cash I had in my bag.

In my weak state, I begged them to give me some water to drink and they offered me blood. The blood was that of a lady they kidnapped and murdered while I was there. They also drank out of the blood.

Leader of the gang, who could speak English, told me that their intention was also to kill me because my family did not give them a reasonable amount. But he intervened by sending other members away and told me to run away, showing me the direction to take. I was able to locate the road, where I saw a vehicle that was heading towards the direction of my village” she said

The victim said her family members informed the state police about the incident. 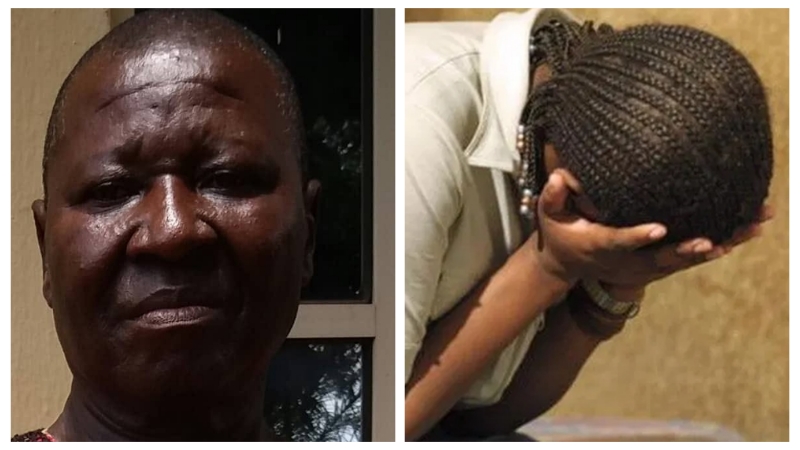 A 60-year-old man who allegedly defiled a nine-year-old girl has been arrested by the Anambra State Police Command.

Newsmen learnt that the suspect, identified as Okafor Ndubuisi who is a resident of Sun Rise Estates Nkwelle Ezunaka in Oyi LGA of Anambra State was accused of defiling the minor on different occasions.

The suspect, Ndubuisi was arrested at about 2:30 pm on Sunday, July 12, following a tip-off.

Reacting to the sad incident, the Police Public Relations Officer in the state, Haruna Mohammed said the Commissioner of Police, John Abang has directed that the case be transferred to the State Criminal Investigation Department, Awka for discreet investigation after which suspect would be charged to court for prosecution.

MORE READING!  My uncle called me after 27 years to apologize, lady raped for six years reveals

The suspect had on the same date and on different occasions allegedly defiled a 9 years old girl in his room. The scene was visited by police detectives and the victim taken to the hospital for medical examination.

Meanwhile, the Commissioner of Police *CP John B.Abang, fdc* has directed that the case be transferred to the State Criminal Investigation Department, Awka for discreet investigation after which suspect would be charged to court for prosecution, please. 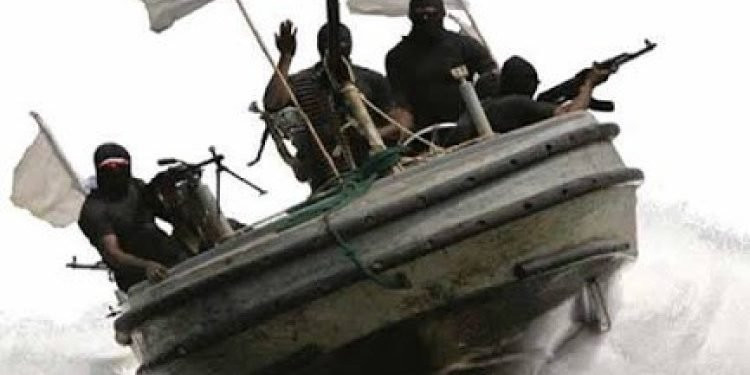 Office of the Attorney-General of the Federation (AGF) have arraigned 10 suspected Nigerian pirates to court for hijacking a Chinese fishing vessel, FV Hai Lu Feng II in international waters off Cote D’Ivoire.

Prosecution counsel Laraban Magaji said the incident which occurred in May this year, violated Section 3 of Suppression of Piracy and Other Maritime Offences Act, 2019 and was punishment under Section 2 of the same Act.

“While armed with weapons, committed an illegal act of violence against the crew on board FV Hai Lu Feng II belonging to Haina Fishing Company by putting them in fear in order to take control of the vessel.”

The defendants who pleaded not guilty were subsequently remanded in the Nigerian Navy’s custody. The case was adjourned till July 15, 2020, for the hearing of the defendants’ bail applications and commencement of trial.