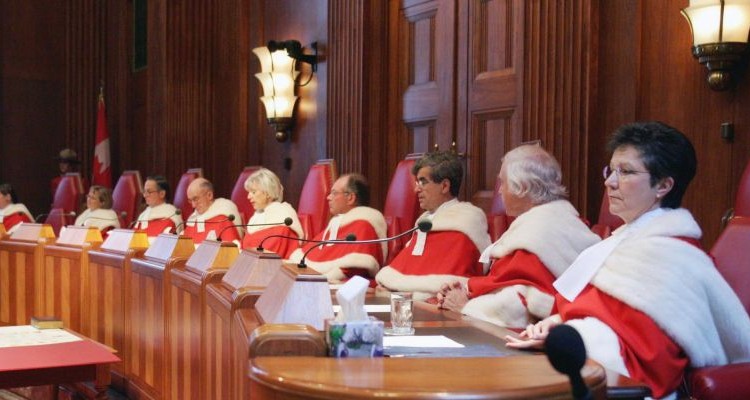 As long as you don’t penetrate the animal, it is considered legal in Canada to perform any other sex act with animals, a Supreme Court in the country has ruled.

A man known only as DLW was convicted of numerous offences after sexually abusing his stepdaughters, one of which was bestiality.

The British Columbia resident chose to appeal this conviction – winning at the Court of Appeal – before the Crown appealed this decision to the Supreme Court.

Canada’s highest court ruled that “the term ‘bestiality’ has a well-established legal meaning and refers to sexual intercourse between a human and an animal.
Penetration has always been understood to be an essential element of bestiality.”

To broaden the definition is parliament’s job, the court said.
“Parliament may wish to consider whether the present provisions adequately protect children and animals. But it is for parliament, not the courts to expand the scope of criminal liability for this offence.”

The offence that led to this ruling was incredibly vulgar but involved no penetration, although court documents reveal that DLW made a failed attempt to have the family dog perform intercourse on the stepdaughter. Instead, DLW smeared peanut butter on the genitals of his victims and had the dog lick it off while he took pictures and later videoed the act.

The court ruled by a majority of 7-1 that bestiality required penetration, but the dissenting judge insisted “parliament must have intended protection for children from witnessing or being forced to participate in any sexual activity with animals.”

Justice Rosalie Abella wrote: “Since penetration is physically impossible with most animals and for half the population, requiring it as an element of the offence eliminates from censure most sexually exploitative conduct with animals.”

Animal Justice executive director Camille Labchuk has implored Canadian parliament to pass the Modernising Animal Protections Act, telling the Independent: “This much-needed bill updates the animal offences in the Criminal Code, and closes this dangerous loophole to make it crystal clear that all forms of sexual activity between a person and an animal are unacceptable.”