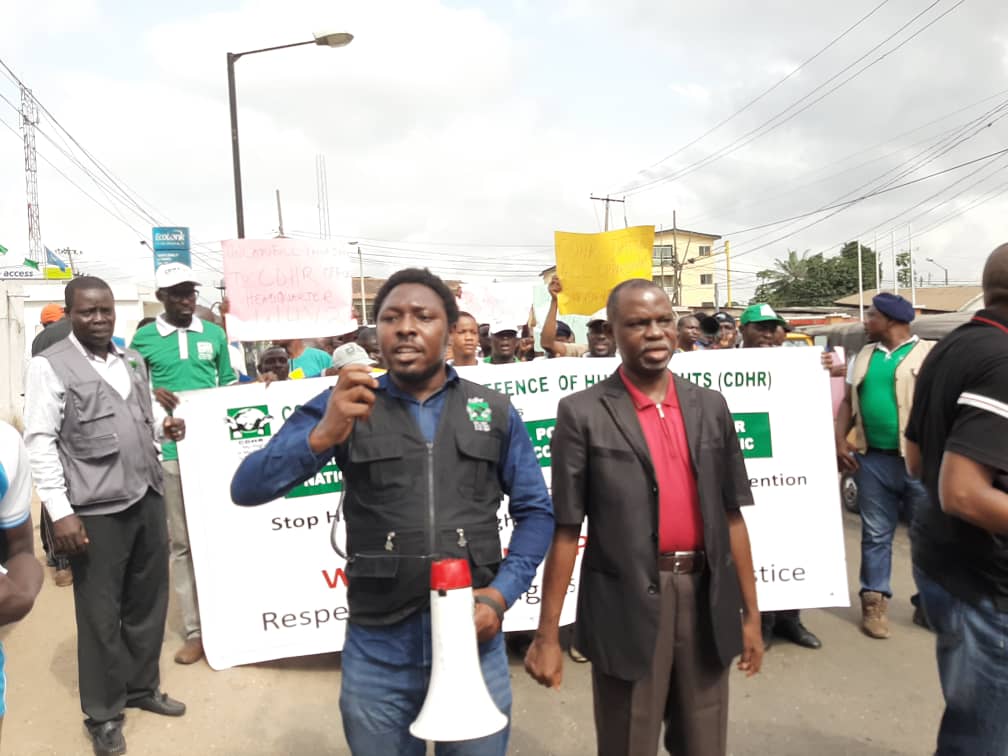 Members of the Committee for the Defence of Human Rights (CDHR) took to the streets of Lagos on Wednesday morning to protest against police siege to their secretariat on Wednesday September 18 2019.

It was gathered that the officers, who were armed, arrived the premises early to stop a protest against the detention of Omoyele Sowore, convener of the #RevolutionNow movement.

Protesting CDHR members took to the streets with banners and placards bearing inscriptions like “stop harassment, intimidation and unlawful detention of human rights defenders in Nigeria,” “We demand explanation,” “Peaceful protest is democratic”.

The protesters were demanding an explanation from the police for the barricade of their secretariat located at Adeniyi Jones Avenue in Ikeja area of Lagos. 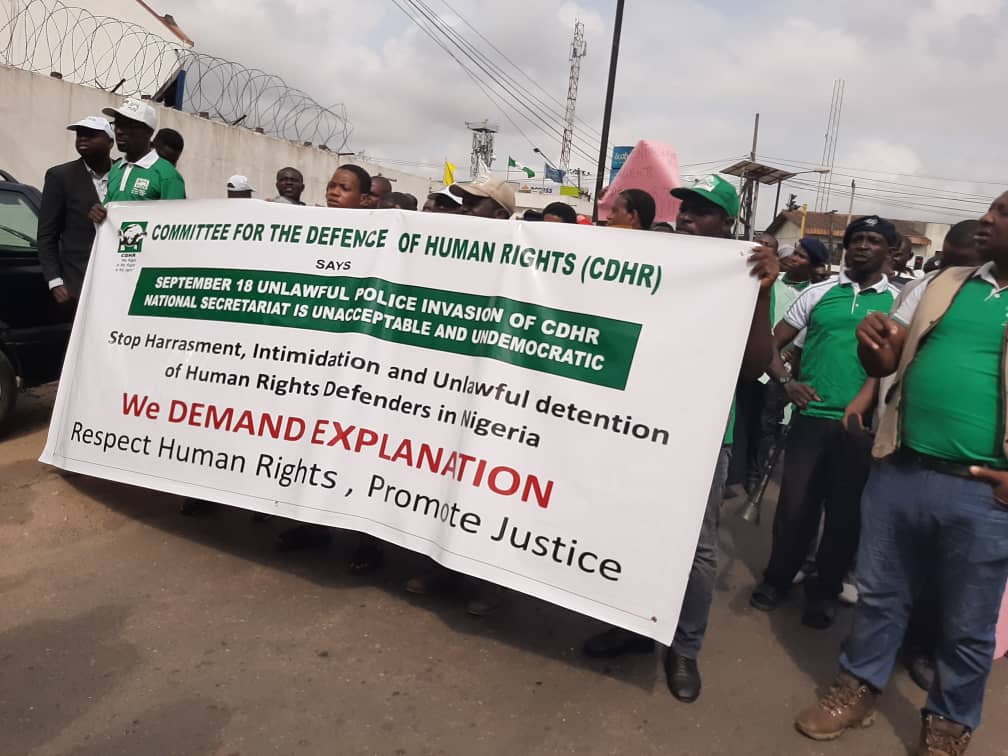 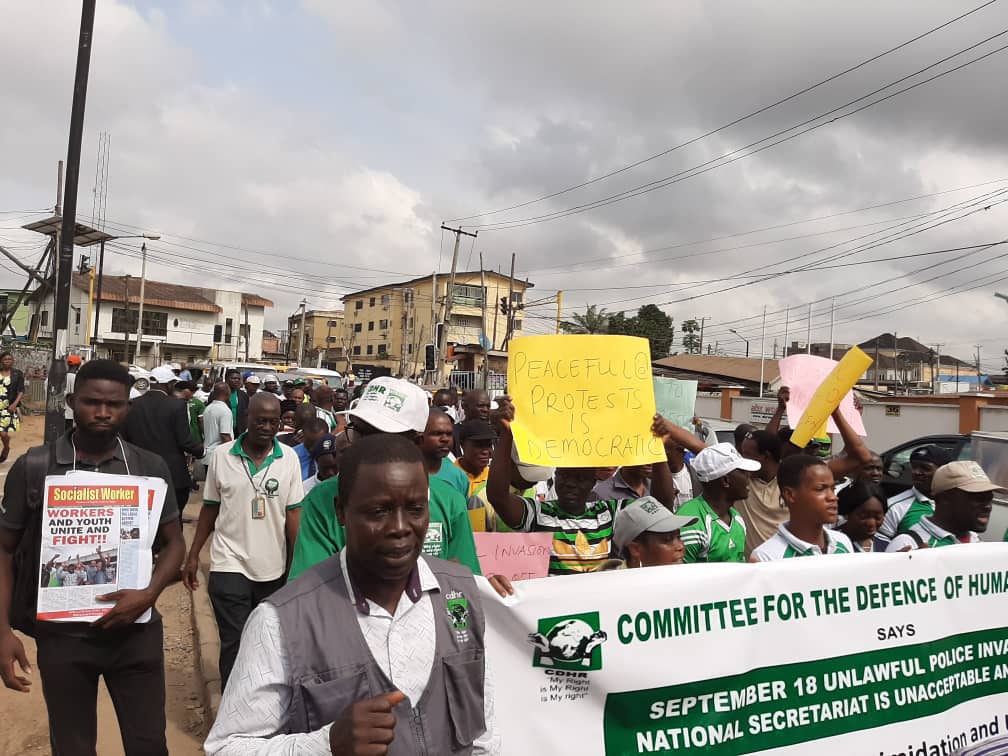 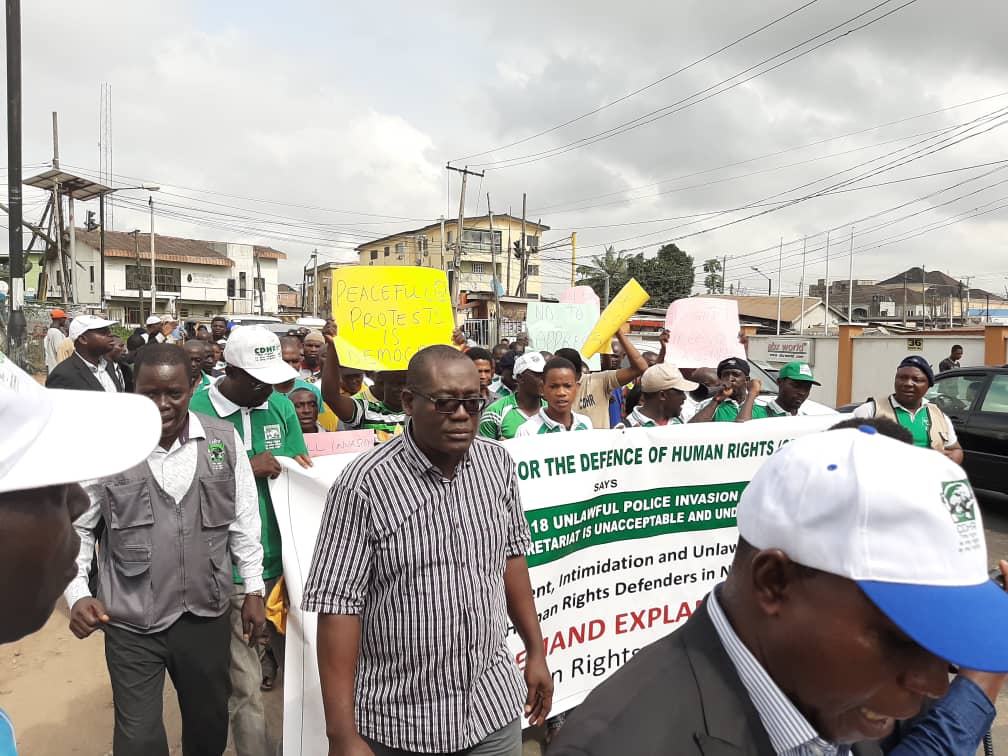 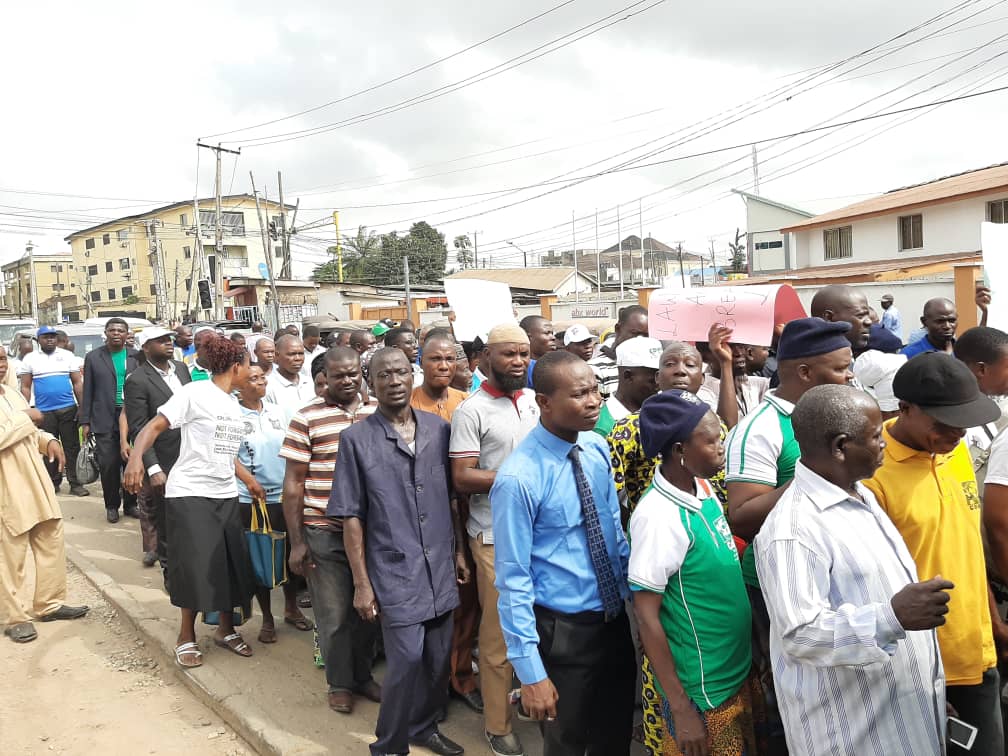 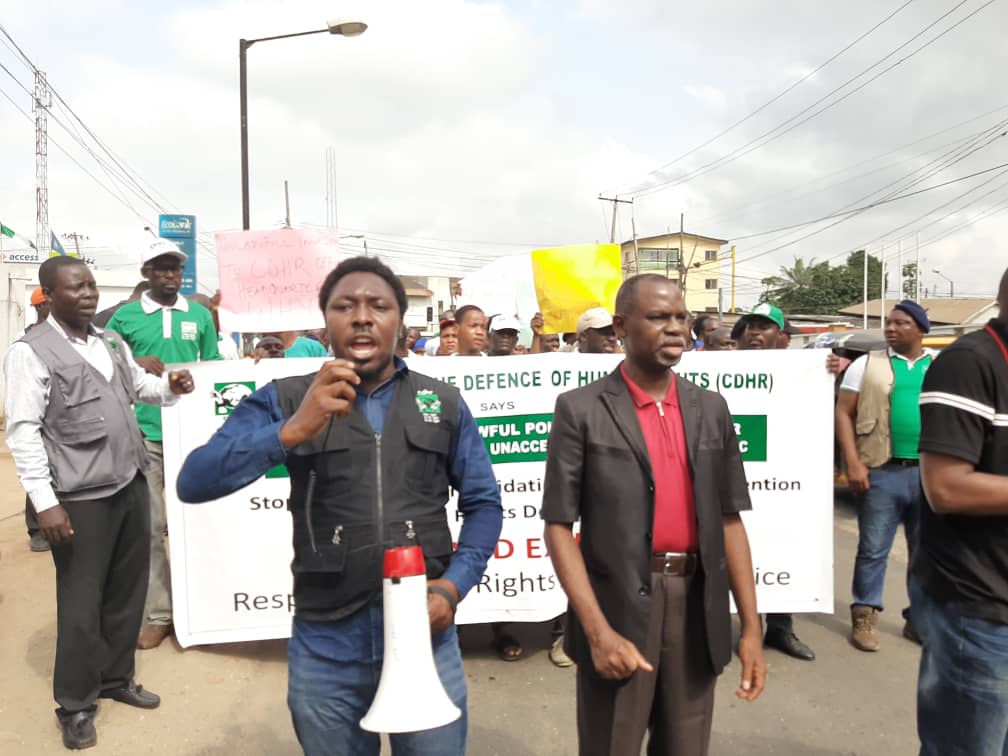 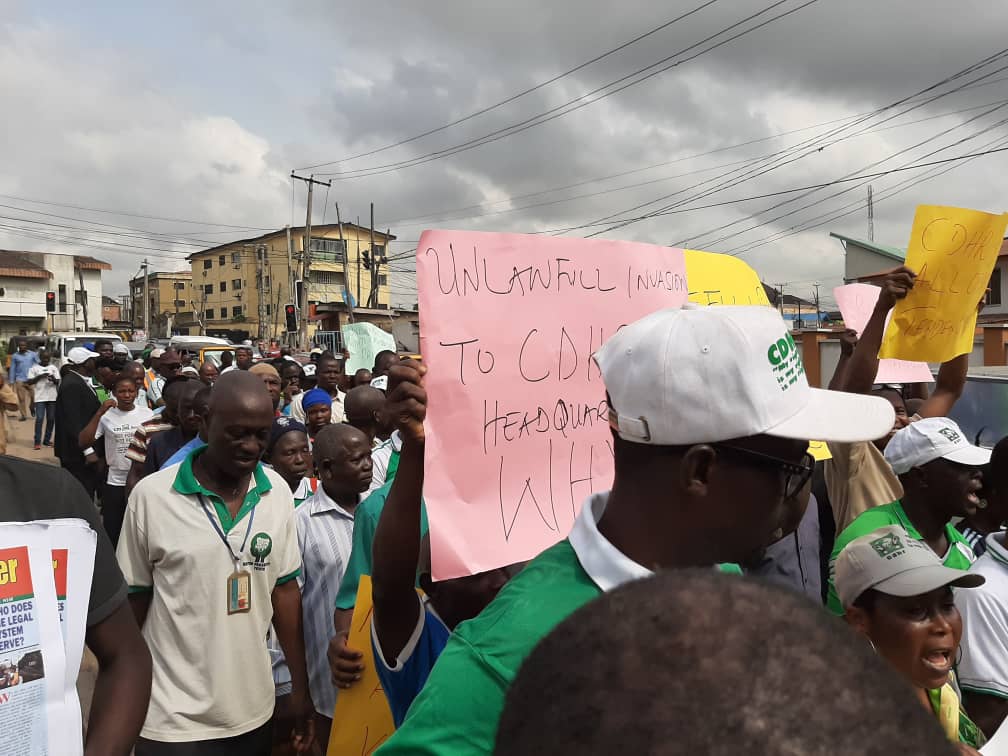 Three out of 10 Nigerian men are not biological fathers of their children, Doctor says
Video: Youths harass communications minister, Pantami, at Kano Airport