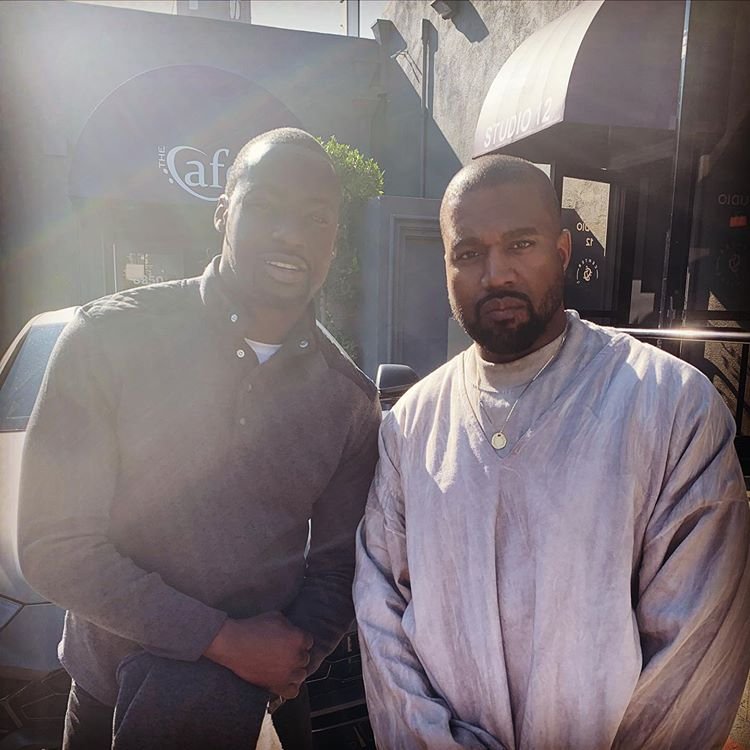 Sighting a selfie of the two on Chris Attoh’s Instagram page after they caught up with each other in the US, WuzupNigeria decided to share with you all.

It seems Chris Attoh attended Kanye West’s Sunday Service because of the caption he gave the picture.

According to Chris Attoh, we are all vessels of God and hinted he has met the Grammy award-winner on several occasions.

“Remember, We are all vessels of God and he works through all of us, good to see you again brother, God bless and keep doing the lords work!” Chris Attoh wrote.