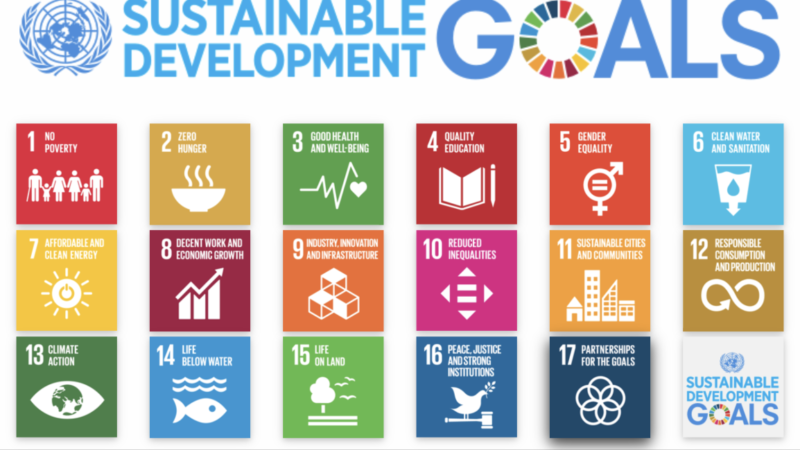 A community leader in Kwara, Chief Festus Awoniyi, on Tuesday called on the Federal Government to ensure the full implementation of the 2030 Sustainable Development Goals (SDGs) to end poverty and hunger in the country.

Awoniyi, also a retired administrator and the Petu Atayero of Omu-Aran, made the appeal during an interview with the newsmen in Omu-Aran, Irepodun Local Government Area of the state.

Awoniyi said the 2030 SDGs was a well taught out laudable initiative with the capacity of solving global stricken challenges, if well funded and executed.

According to him, the adoption of SDGs was the eventuality of the failure of similar past initiative and government must channel adequate resources toward ensuring its full implementation.

He described goals number 1 and 2 dealing with no poverty and zero hunger as very critical to solving the country’s socioeconomic and domestic challenges, especially at the grass-root.

Awoniyi said the SDGs initiative like the past Millennium Development Goals was already faced with widespread criticism by the citizens who are presently preoccupied with daily survival strategies.

He underscored the need for government at all tiers to show utmost dedication, commitment and sincerity in owning the vision to achieve the desired result.

“You cannot said to be embarking on any meaningful development as a government or private entity in the face of abject poverty and hunger.

“To achieve the core objective of the vision 2030 goals the issue of food insufficiency, poverty and extreme hunger must be adequately tackled.

“People are already tired of failures of similar policies in the past.

“There is the need for massive investment in agriculture as a way of attracting the youth and the womenfolk to embrace farming both as a profession and vocation.

“Budgetary allocation to the sector must be increased to commensurate with the present demand of the populace.

“These are critical to full implementation and execution of SDGs within the targeted period,” he said.

The community leader also advocated the adoption of private public partnership initiative to achieve the SDGs through the assemblage of season economic and financial experts in strategizing, planning and implementing the goals.

“In planning, strategizing, structuring and implementing the goals, government must ensure active involvement of experts in the private sector,” he said.

The new agenda emphasises a holistic approach to achieving a sustainable development for all.

There are 169 targets for the 17 goals. Each target has between 1 and 3 indicators used to measure progress toward reaching the targets.