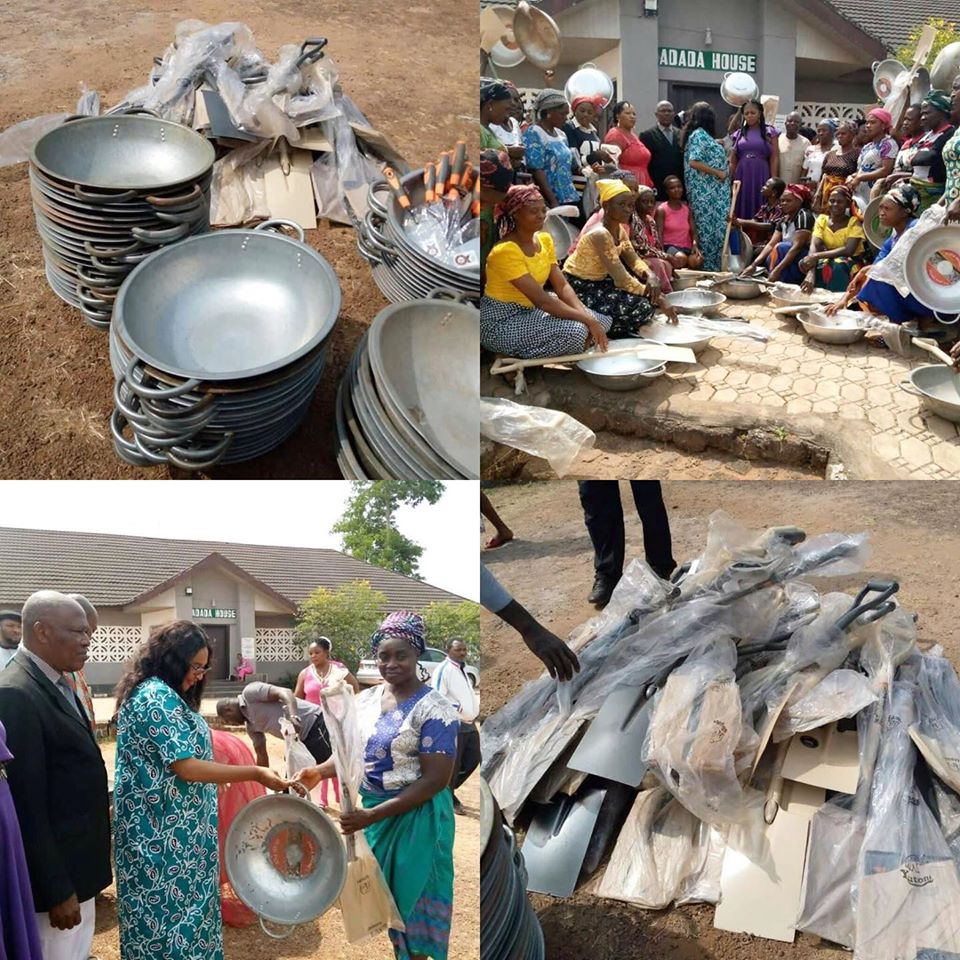 The Caretaker Chairman of Nsukka Local Government Area of Enugu State, Mrs. Chinwe Ugwu who received social media backlashes with her empowerment programme a few weeks ago is at it again.

WuzupNigeria reported that Ugwu enraged social media users after photos from her youth empowerment and poverty alleviation programme emerged on Twitter in January.

She was seen in the photos dolling out wheelbarrows to youths in her local government area on hire purchase.

She seems not to be deterred by the criticisms that trailed her previous action and is forging ahead in her mission to make ‘life better’ for her people.

New photos of Ugwu’s recent empowerment programme emerged on the internet today (Tuesday) and it has set tongues wagging on social media again.

The local government chair could be seen in the viral photos presenting headpans and shovels to local women as empowerment materials.

South East Trends shared the photo on Facebook with the caption:

“Weeks after she gave out wheelbarrows on hire purchase to her people, Hon Chinwe Ugwu the Caretaker Chairman Nsukka Local Government, has empowered women with shovel, Head pans and Trowels.”