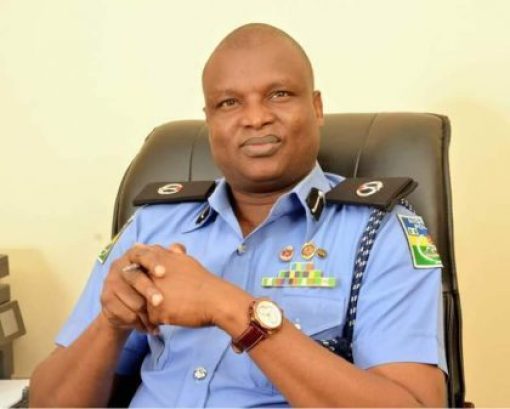 A Federal High Court sitting in Jos on Wednesday ordered the Inspector General of Police (IGP) and Mr. Abba Kyari, the officer in charge of Intelligence Response Team (IRT) to appear before it to show cause why they would not be charged with contempt.

Justice Dorcas Agishi gave the order while hearing a case of illegal possession of firearms against one Mr. Nanpon Sambo filed by the Federal Ministry of Justice and the State Security service (SSS) in 2016

Sambo is being tried for illegal possession of Sophisticated firearms but that shortly after the presidential elections, he was allegedly picked up by Macks men of the Intelligence Response Team (IRT) under the control of Abba Kyari.

When the case came up for hearing on Wednesday, sambo’s Counsel, Mr. Daniel Dashe, told the court that neither him nor the accused person’s family members know his (Sambo’s) whereabouts.

Dashe told the Court that the absence of the accused was stalling his (Sambo’s) prosecution and pleaded with the court to take action against the IGP and Abba Kyari, whom he accused of deliberately disobeying the court and detaining the accused since April 3, when he was picked up.

“My Lord, l wish to bring to your Lordship knowledge that since the accused person was picked he has not been charged before any law court within or outside the country for any known offense.

“lt’s on record that this honorable court had on two occasions gave separate orders to the IGP and Kyari to produce the accused before it but they deliberately refused to comply.

“When we came to court on March 4, the court gave an order that the IGP and Abba Kyari should produce the accused on March 12 for continuation of his trial but they failed.

“Also, on that day, March 12, your Lordship gave another order expressing your dismay over their disobedience to the first order and gave another grace or opportunity to produce the accused on the next adjourned date of April 11.

“Unfortunately they didn’t and case was also adjourned to May 16.

“My Lord, in spite of that they (IGP and Kyari) failed to comply as on May 16, the accused wasn’t in court,” he lamented.

Dashe further explained that the court on that day (May 16, 2019) directed the Court registry to write directly to the office of the IGP to draw his attention to the earlier orders made in case his subordinates did not alert him.

He said that the court also directed that the IGP should produce the accused in court on the next adjourned date of June 26 but to no avail as they still did not comply.

“My Lord, l remember vividly the court further adjourned the case to Wednesday, July 3 for continuation of hearing with another order for them to produce the accused in court.

“As you can see my Lord, the accused is not still in court as they blatantly refused to bring him to court today.

“My Lord, in the light of all these happenings, I wish to apply that given sections 6, 14 and 25 of the constitution of the Federal Republic of Nigeria 1999 and section 159 of Administration of Criminal Justice Act 2015, the IGP and Abba Kyari should be ordered to appear in court in person on the next adjourned date.

“I so apply that the Court should order that they should come and show cause why the Court should not hammer them with the consequences of contempt for flagrant disobedience to its orders,” Dashe pleaded.

He said, “the attitudes of the two officers are very uncalled for looking at their status as enforcers of the law yet breakers of the law which this court shouldn’t take lightly.”

In her ruling, justice Agishi ordered that the IGP and Kyari must appear in person before her on the next adjourned date or face the wrath of the court.

MORE READING!  Crush that Crush: In defence of Pastor Adeboye, lady reveals why she declined a juicy job offer

She also ordered that the accused person (Sambo) should be brought to the court registry for documentation and be remanded in Jos Prison pending when the court would resume after this year’s annual vacation.

“I hereby order the Inspector General of Police (IGP) and Abba Kyari to appear before this honorable court in the next adjourned date of this case.

“They must come and show cause why the Court should not visit them with the consequence of contempt for deliberately disobeying its orders.

“Meanwhile, l order that the accused person be produced forthwith in the court registry for the necessary documentation for his remand in Jos Prison custody,” the judge ordered.

The Judge, however, adjourned the case to Sept. 25 for continuation of hearing.

Google sends gifts to Indonesian baby named ‘Google’
COZA: My deepest sympathy is with everyone who has experienced broken trust from the church, Funke Felix-Adejumo 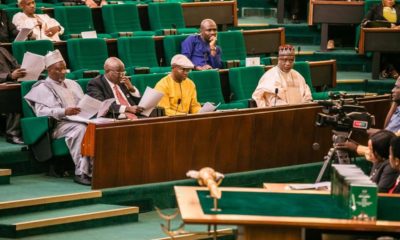