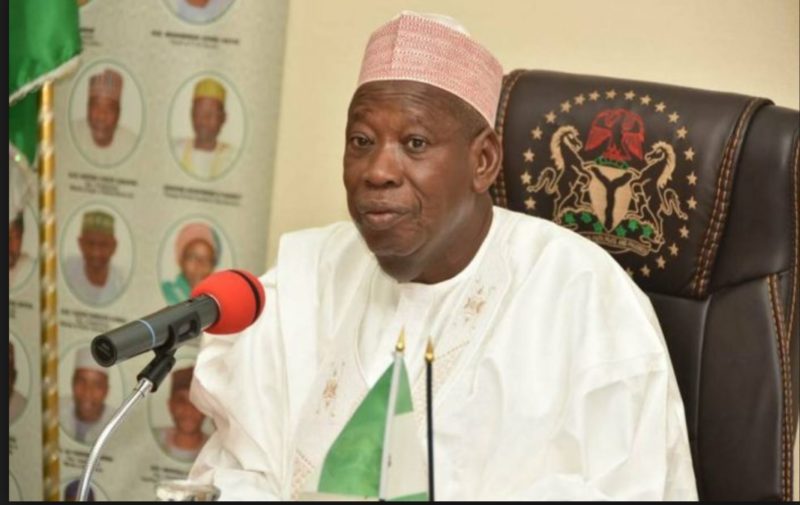 A Kano State high court Wednesday declared the appointment and the installation of four new emirs by the Kano State government as null and void.

It ordered a return to status quo pending the hearing of the suit against the appointment of the emirs.

The emirs were installed by the Governor Umaru Ganduje at the weekend following the Balkanisation of the century-old emirate by the Kano state government that followed an unusually fast passage of a bill by the Kano State House of Assembly, The Guardian reports.

Ganduje was accused of carrying out a personal vendetta against the Emir of Kano Muhammad Sanusi II in order to whittle down his influence in one of Nigeria’s oldest traditional institutions.

But the governor insisted the future of the state was taken into consideration before Kano Emirate was divided into five smaller units.

“For easier local administration as Kano state moves in a new direction to deliver community-based growth, we have decided to create 4 new Emirates for our great state,” Ganduje said on May 10.

Governor Ganduje signed the Kano State Emirs Appointment and Deposition Amendment 2019 into last Thursday and the emirs were given their letter of appointment on Friday.

A court order barring the governor from appointing and installing new emirs was issued by a Kano State high court on Friday. But the state government claimed the order came after the persons appointed as emirs had accepted their appointments.

The Kano House of Assembly, the Attorney General of Kano State and the new emir – Tafida Abubakar-Ila, Ibrahim Abdulkadir, Ibrahim Abubakar ll and Aminu Ado-Bayero – were also named as defendants in the suit. 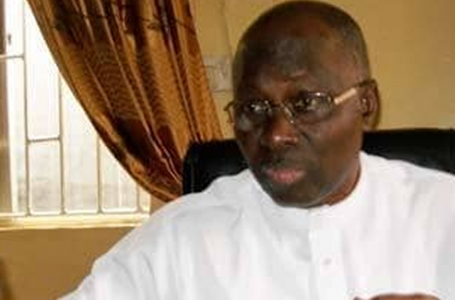 Sources said Muse died this morning at the age of 81.

Born on 17 May 1939 in Olowogbowo, Central Lagos, the late politician joined Nigerian Ports Authority (NPA) in 1961 as a clerk and was appointed to progressively more senior positions over the next 20 years.

In 1990, he was appointed Traffic Manager of Roll-On Roll-Off (RORO) operations at the then RORO Port in present day Tin Can Island Port Complex, holding this post until 1993 when he was appointed to head the Lilypond Container Terminal, Ijora.

He joined politics in 1998 and won election as Executive Chairman of Apapa Local Government Area on the platform of Action for Democracy (AD) from 1999 to 2002.

In April 2007, the late Muse ran for the Senate on the ticket of Action Congress (AC) and was elected as the Senator representing Lagos Central.

In the Senate, he has was appointed to committees on States & Local Government, Solid Minerals, Police Affairs, National Planning, Marine Transport, Interior Affairs and Air Force.

He lost the Senate ticket to Oluremi Tinubu – wife of All Progressives Congress (APC) leader Bola Tinubu in 2011.

An Akwa Ibom group has lambasted the administration of the President, Maj. Gen. Muhammadu Buhari [retd], over alleged perceived corruption, nepotism and frequent abuse of constitution in his government.

The Akwa Ibom Leaders Vanguard, on Monday, said the country was on the verge of disintegration and anarchy due to lopsided political appointments which favoured only the Northern section of the country.

The group, in a statement by its coordinator, Senator Anietie Okon, expressed dismay over the poor handling of FG’s palliatives and urged the National Assembly to investigate the process, especially the ones allegedly sent down to the South-South.

The Statement reads in parts,

“The National Assembly should carefully investigate the handling of the COVID-19 palliatives by the aides of the President for Akwa Ibom State and other States where the supposed funds and other palliative meant for the poor and vulnerable disappeared on transit.

“We found this claim repulsive, extremely fraudulent and heartless raping of the nation’s scarce resources.”

The group alleged that the Federal Government was shrouded with opacity, adding that the inability of the government to account for the millions of dollars of Abacha loot repatriated into the country, was an indication that the administration was neck-deep in corruption.

They said the President should as a matter of urgency forestall the rising angst among Nigerians by discontinuing the pursuit of sectional agenda in appointments into public offices, alleging that the incumbent administration had carefully and consciously concentrated the entire leadership of Nigeria’s security architecture on only the Northern section of the country to the detriment of the entire Southern region.

They further said the Federal Government should as a matter of justice and equity accord adequate recognition to Akwa Ibom owing to its enormous contribution to the National treasury, by appointing her sons/daughters into the NNPC management and board and its other major subsidiaries, including other major public offices. 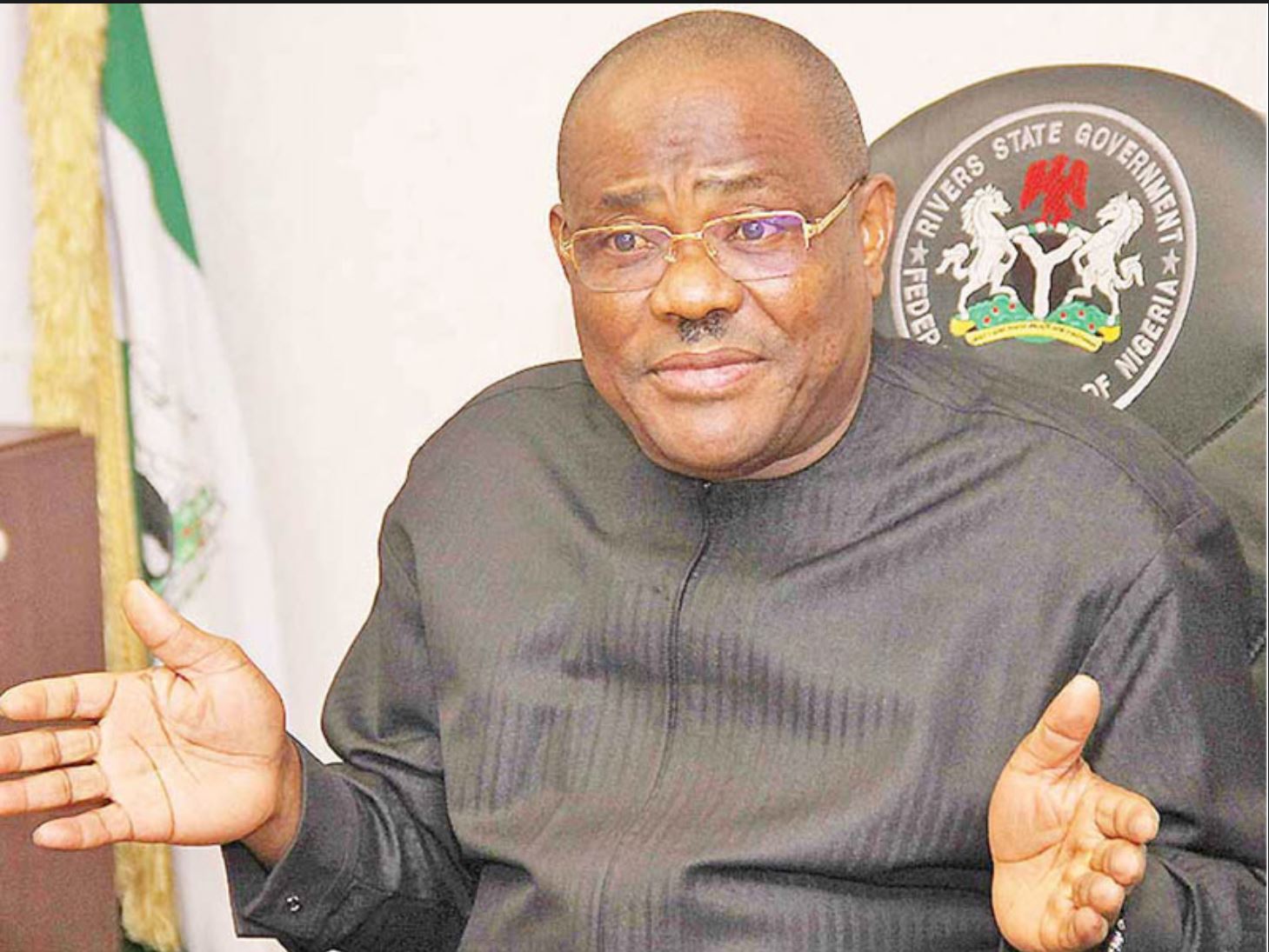 The Governor of Rivers State, Nyesom Wike, on Monday, issued new directives to reopen schools, churches, and motor parks in the State as coronavirus (COVID-19) continues to spread across the country.

The governor, in a series of tweets on his official Twitter page, also warned that his government would not hesitate to prosecute owners of banks, shopping malls, restaurants, shops, and businesses that fail to enforce the wearing of face masks and social distancing in their premises.

According to him, all public and private schools, including places of worship and motor parks, will be decontaminated.

“This issue of COVID- 19 is real, and the government will not hesitate to seal up and prosecute owners of banks, shopping malls, restaurants, shops, business places or offices that fail to enforce social distancing and the wearing of face masks in their premises.

“The Decontamination Team does not compromise standards but put in your best to ensure that the entire state is decontaminated,” he added.

Meanwhile, the number of COVID-19 cases in Nigeria as of today is 10162, according to the NCDC.

MORE READING!  You must visit the people of Bakassi to honor your words, Ayade tells Buhari
Continue Reading