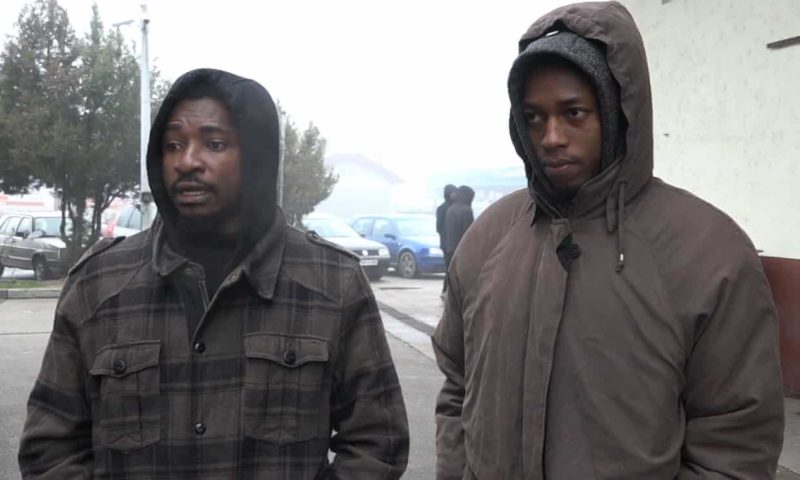 Croatian police have defended their actions and denied racism after being accused of detaining two Nigerian students taking part in a sports competition and forcefully expelling them to Bosnia, although they had visas for Croatia.

“Statements that Croatian police acted and condemned individuals according to the colour of their skin are inadmissible and we strongly reject them,” the police said in response to questions about how and why the two Nigerians ended up in Bosnia.

The Sarajevo independent media outlet Zurnal reported on Tuesday that the two students, Abia Uchenna Alexandro and Eboh Kenneth Chinedu, had arrived in Croatia on November 12 to take part in a student sports competition in the coastal town of Pula.

According to them, when the competition ended, together with other colleagues, on November 17 they went to Zagreb from where they had a scheduled flight to Istanbul, and then to Lagos in Nigeria.

The two students told Zurnal that the Croatian police detained them on a tram in Zagreb and drove them to a police station.

“We tried to explain who we were and that our documents were in the hostel. They did not pay attention to what we were saying,” Kenneth Chinedu told Zurnal.

They said they were then taken to a forest near the border with northwest Bosnia and forced at gunpoint to cross the border.

They were then taken to a camp in Velika Kladusa, in northwest Bosnia, which is where there are currently.

Your Rights, an organisation providing legal aid to the students, confirmed to BIRN that the students had the right visas for Croatia and had entered Croatia legally. It said they were now gathering information on which to decide how to proceed.

However, Croatian police say they did not expel the two students to Bosnia. They said two of the five Nigerian students in Pula left Croatia “legally” after the sports competition ended, adding that the two Nigerians mentioned in the Bosnian media left Pula a day earlier than the rest, staying in Zagreb.

“On November 16, they checked in into a hostel in Zagreb, and on November 18, after paying their bills and taking their travel documents and other things, they checked out from the hostel and left in an unknown [direction],” the police said.

“Police did not record their legal departure from Croatia, nor did police officers working on combating illegal migration deal with persons with that name and surname,” the police added.

Dubravko Jagic, from the Police Union, told N1 television on Wednesday that it is impossible that police operating in the Zagreb area behaved in the way described.

According to police, a fifth Nigerian team member of the same sports group tried to cross into neighbouring Slovenia, failed, then applied for asylum in Zagreb and is now in a shelter for asylum seekers in Zagreb.

Police said they suspected an attempted “misuse of participation in sports competition” to get into the European Union to which Croatia belongs.

“This is one way by which foreign nationals of third countries, after entering the Republic of Croatia legally and after participating in a licensed activity, continue their journey illegally to destination countries in Europe,” they said.

However, rights groups have repeatedly accused the Croatian police of using heavy-handed tactics with migrants and refugees, including a strategy of unlawful and often violent pushbacks over the border. Croatia has denied this.