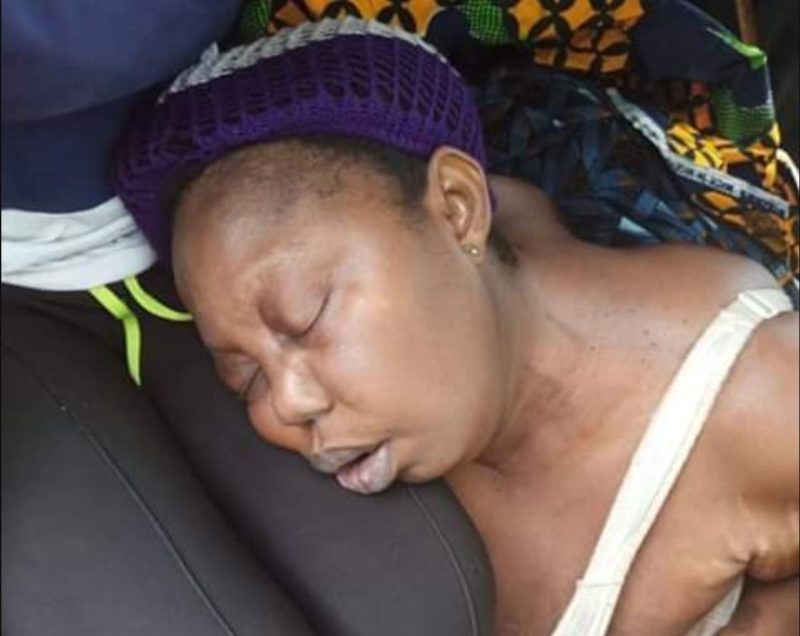 Ikpe was said to have beaten one Mrs. Deborah Nkereuwem Nkpenie, who was ill, to death on Thursday 16th January 2020.

Details of the incident were shared in a Twitter thread by one Johnson Ntia/@JohnsonNtia, who described himself on the platform as an Event Planner and Computer Engineer.

“The incident which occurred in the morning of this fateful day following the invitation which was premised on threats to the deceased by the policeman was actually against the wise counsel of a senior police officer, the Deputy Commissioner of police in charge of the State Criminal Investigation and Intelligence Department of the state command.”

Ntia said that the deceased was in a commercial tricycle when the policeman assaulted her. WuzupNigeria cannot immediately ascertain what led to the fracas between the woman and the policeman.

Quoting the keke rider, one Ukpono Sunday Umoren, said the incident happened “within the confines of the State Headquarters of the State Police Command”.

“The policeman came approached my Keke which bore the woman. He shouted at her that she was lying about her sickness,” Ntia quoted the keke driver as saying.

“He made efforts to drag her out. In anger, he knocked her head by the side rail of the keke. The woman was screaming that she not well. “She began to suffocate and found it difficult to breathe. The policeman kept insisting that she was lying. He even told her that, if she wants to die, she should die.

“As she was screaming, the policeman was trying to pull her out of the Keke, her voice grew faint.

“We were begging the policeman to refrain from his hostile act towards the deceased. He ever refused us taking her to hospital. It was after she breathed her last, that he eventually ordered that she should be taken to the hospital.”

“The Deputy Commissioner, Mrs. S. U. Horsefall, a Lawyer, had advised against unprofessional conduct by the said Inspector Bassey Peter Ikpe, including not bringing both parties before the DC for an interview before arraigning in court.” 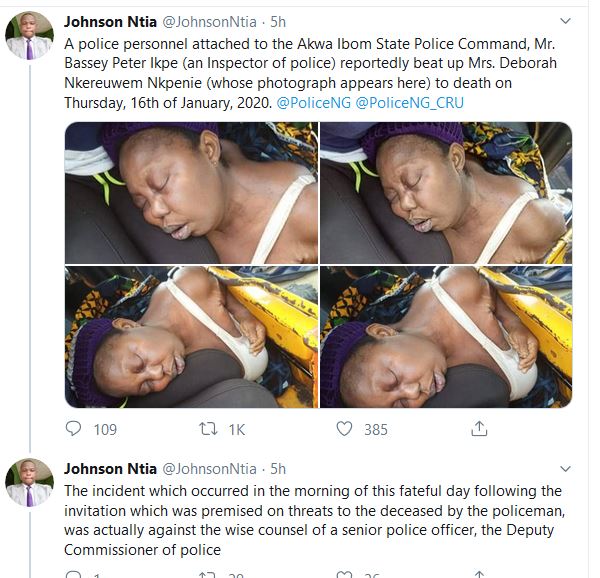