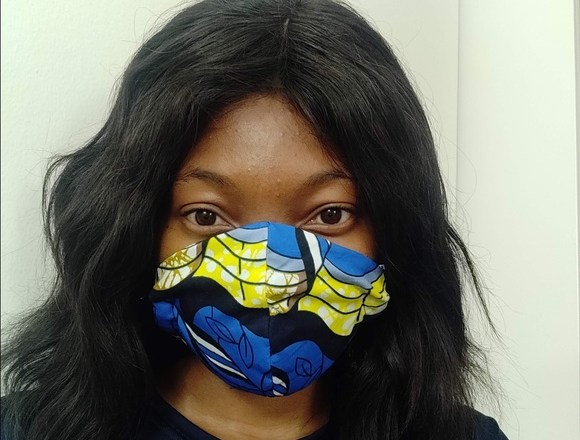 The National Agency for Food and Drug Administration and Control (NAFDAC) has made clarifications on the use of non-medical face masks to stop the spread of Coronavirus.

The agency in a statement made available on its official Twitter page, said face masks which include self-made or commercial masks or face covers made of clothes does not prevent the spread of diseases but reduces chances.

It advised Nigerians to perform a simple test to know if the mask is protective.

The statement in part reads:

“Simple test: If wearer can put off a flame from a cigarette lighter that is placed in front of the wearer, the mask is protective enough.”

“Barrier face masks do not prevent you from contracting disease but, they have been found to contribute to reduce spread of infections when used widely in conjunction with other measures. Such measures include social distancing, not touching the face, eyes or mouth, washing of hands with soap for 20 secs or use of alcohol based hand sanitizers.”

The agency warned that non-medical face masks made of cloth are not standardized for use in healthcare settings or by healthcare professionals.

“They serve to limit spread of droplets and offer some measure of protection to those around you.

“The material of construction is usually cloth(textile fabric), non-woven wadding, or paper-like materials. For these Barrier Masks, 100% cotton is preferred though, polyester, linen or knit fabric can be used.

“These face masks are recommended to be washed daily and preferably should be a double layer of fabric to increase the absorbency and effectiveness.

“It must be noted that several washes, drying and stretching of the mask over time reduce the effectiveness of the mask,” the statement read in part.

The agency made the statement following compulsory use of face masks by state governments as Nigeria continues to battle the spread of COVID-19. 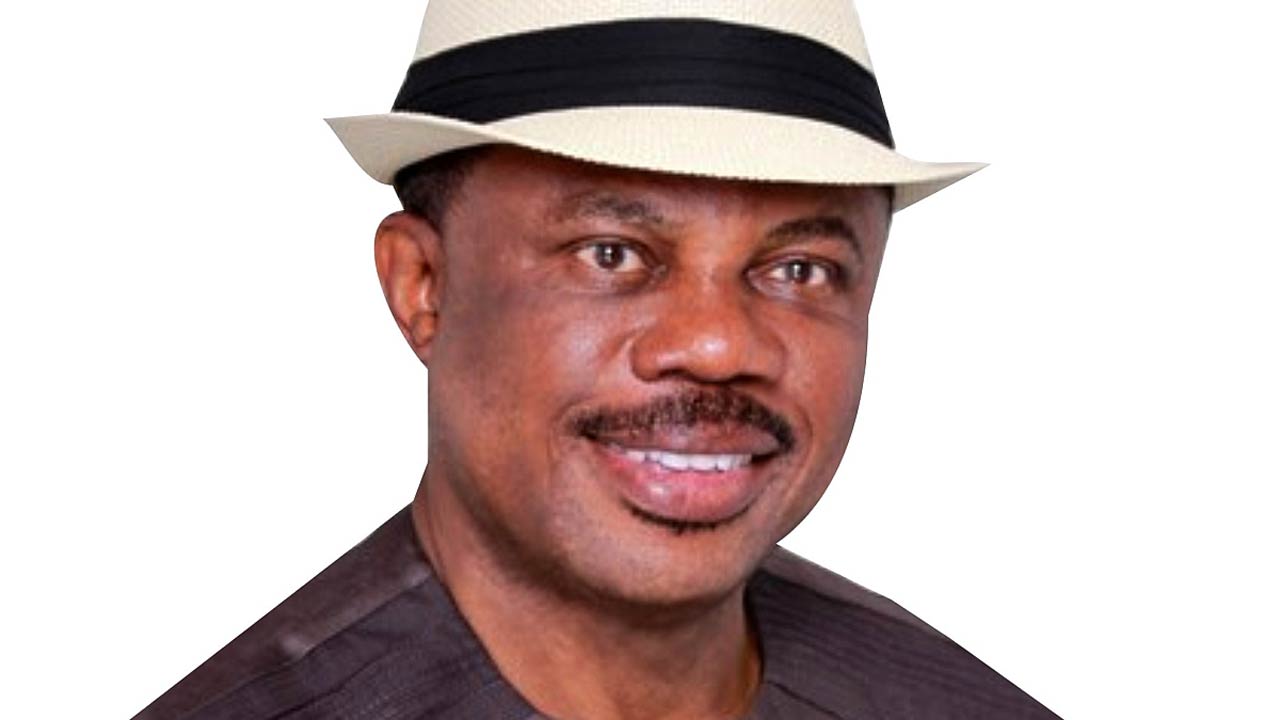 Gov. Willie Obiano of Anambra says there are currently eight active COVID-19 cases being treated at Protective Care Centres in the state.

The governor also said 69 persons were on home isolation while two others were at the state’s quarantine facility.

Obiano who disclosed this in a special broadcast to the state on Tuesday in Awka said his administration was making efforts to enhance the testing capacity of the state for coronavirus.

He said he had signed the COVID-19 Bill, which made not wearing a face mask a punishable offense with fine and community service.

“The COVID-19 Committees that we have set up in Wards and Local Government Areas across Anambra are helping us in driving the campaign to every nook and cranny of the state.

“I will like to assure you that we have made adequate arrangements to handle the challenges arising from the COVID-19 pandemic.

“As you are probably aware, on Thursday last week, I signed the COVID-19 Bill into law. Under this law, it is an offense to be seen in public without a face mask.

“The offense attracts a fine of N10, 000 or some hours of community service, I will like to re-emphasize that my administration is determined to enforce this law,” he said.

Obiano urged traders and religious leaders not to relax in ensuring that their members continued to adhere to the COVID-19 safety protocols while noting that it had been observed that most of them had jettisoned the safety measures.

He urged healthcare institutions to set up holding centers to keep patients who exhibited symptoms of the virus to check the possibility of spreading it in Anambra.

“I want to warn that we may consider shutting down the markets if this trend is not halted with immediate effect, I have also received similar reports from churches and other religious groups in the state, most of whom have discarded wearing of face masks.

“Every hospital in Anambra must set up a mini holding ward where patients whose samples have been taken for COVID-19 test can be kept while the result of the test is awaited.

“This approach will minimize the chances of patients spreading the virus through multiple contacts.

“All members of the Nigerian Medical Association practicing in Anambra are expected to inform the Ministry of Health once they collect samples of suspected COVID-19 patients for testing.

“A situation where some members collect samples and send them to testing centers on their own is no longer allowed,” he said.

The World Health Organisation (WHO) has advised governments in Africa to ease lockdowns in a systematic step-by-step approach as detailed in the guidelines issued to curb the spread of COVID-19.

The UN’s health agency said this in a weekly bulletin on outbreaks and other emergencies released on Tuesday and posted on its official twitter account @WHOAFRO.

The Weekly Bulletin for Week 22 from May 25 to May 31, 2020, focuses on public health emergencies occurring in the WHO African Region.

The WHO Health Emergencies Programme is currently monitoring 114 events in the region.

The edition covers COVID-19 in the WHO African Region, Ebola virus disease (EVD) in the Democratic Republic of the Congo (DRC), and Cholera in Ethiopia.

According to the bulletin, the COVID-19 outbreak continues in Africa, with the total number of confirmed cases surpassing 100, 000.

“The overall trends continue to rise although with variation among countries.

“Many countries have started easing confinement measures imposed earlier but they are advised to follow the guidelines issued on that,” it said.

The agency also advised countries to continue with containment and mitigation measures.

“African governments need to continue with the containment and mitigation measures that many have implemented, in order to slow the progression of the COVID-19 pandemic.

“Governments need to commit local resources, supplemented by the donor communities to this response.

“In addition, humanitarian corridors need to be opened up for the movement of essential supplies and personnel in the many countries whose borders have closed as part of their COVID-19 response,” WHO said.

In addition, the agency said the resurgence of Ebola in Beni, DRC, since April 10, 2020, highlighted the importance of constant and heightened vigilance.

“It heightened the importance of vigilance for this disease in the face of significant challenges affecting the response and the need to respond to other health emergencies, including COVID-19.

“Although, the 42-day countdown to the end of outbreak declaration has re-started,” the agency stated.

According to WHO, there have been no new reported confirmed case of Ebola in DRC during week 22 (week ending 31 May 2020).

“This is the 34th successive day with zero reported confirmed EVD cases since the resurgence of the outbreak on 10 April 2020.

The agency, however, said local and national authorities in DRC needed to continue to reinforce surveillance and response measures in the areas affected by the EVD outbreak in order to prevent a major resurgence of cases.

“Increased community engagement is necessary at this point, as survivors experience increasing stigmatisation and rumours abound,” it said.

Meanwhile, WHO said the ongoing cholera outbreak in three regions of Ethiopia had continued poised many challenges, in spite of the declining trend.

“There is poor sanitation, hygiene, and housing in at least one of the affected areas, along with lack of oral cholera vaccine and water treatment chemicals, as well as a recurrence in a previously controlled area.

“The ongoing cholera outbreak in three regions of Ethiopia needs urgent attention from local and national authorities and partners, to capitalize on the declining trend and prevent any recurrence or geographical spread,’’ it stated. 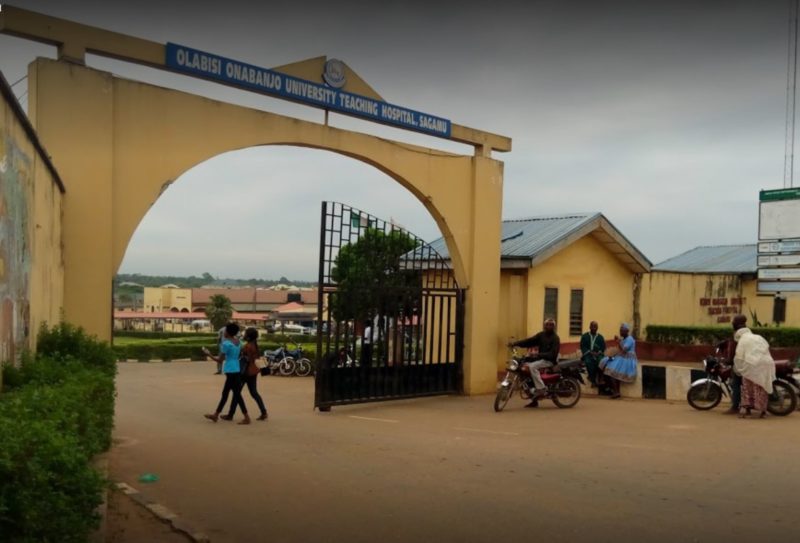 Some researchers at the Olabisi Onabanjo University [OOU], Ago-Iwoye, Ogun State claim to have produced a herbal solution which can prevent, treat and manage coronavirus [COVID-19] disease.

The anti-COVID-19 solution is tagged OOU-Anjo Anti-COVID- 9 herbal syrup, the Vice-Chancellor of the University, Prof. Ganiyu Olatunde, told newsmen during a briefing at the new Senate building of the university in Ago-Iwoye.

The VC, who was flanked by the Deputy Vice-Chancellor (Academic), Prof. Deji Agboola, and his counterpart (Administration), Prof. Ebun Oduwole, unveiled the product.

According to the VC, the OOU – Anjo Anti – COVID – 19 herbal syrup had been submitted to the National Agency for Food and Drugs Administration and Control [NAFDAC] for approval before releasing into it the market.

“Our university is one of the core Universities that engage in research into the COVID-19 pandemic and in partnership with Anjo, who’s one of our very core effective partners in herbal medicine, we’ve been able to produce an Anti – COVID-19 herbal syrup which we’ve processed to NAFDAC for approval.

“So, I can assure you that it went through all the necessary protocols that you can have in trying to produce a herbal syrup. It’s a joint effort of Anjo and Olabisi Onabanjo’s Department of Medicine research.

“Apart from that, since the era of Ebola, we’ve been involved in the production of hand sanitisers, the health centre was involved, the department of chemistry is also involved.

“We also have some sections of the university that is involved in the production of face masks, face shield which are being requested for by a number of Organizations.

“So in terms of our research, they’ve also been involved in the production of sanitiser. So, the prototype of hand sanitizer and automated solar power dispenser production.

“This machine was produced by our faculty of engineering and is to ensure the sanitization of hands. It is different from the one you do see, we’ve been taught two ways to wash our hands, either through the use of hand sanitizer or using soap under running water. So, it is different, it is automated, once it senses your hand and it is also solar-powered.

“We’ve been talking to one or two companies, as we’ve told them that this it dispenses adequate amount of sanitiser, so there’s no contact.

One of the researchers, Acting Director, Research, Linkages and Advancement, OOU, Dr Ashidi Joseph, said the remedy is “anti-bacteria, anti-viral, anti-inflammatory and anticoagulant.”

Ashidi said the remedy was formulated based on results of post-mortem research conducted on those who died of COVID – 19 infections as the team had no access to samples of COVID-19 patients for laboratory test with the syrup.