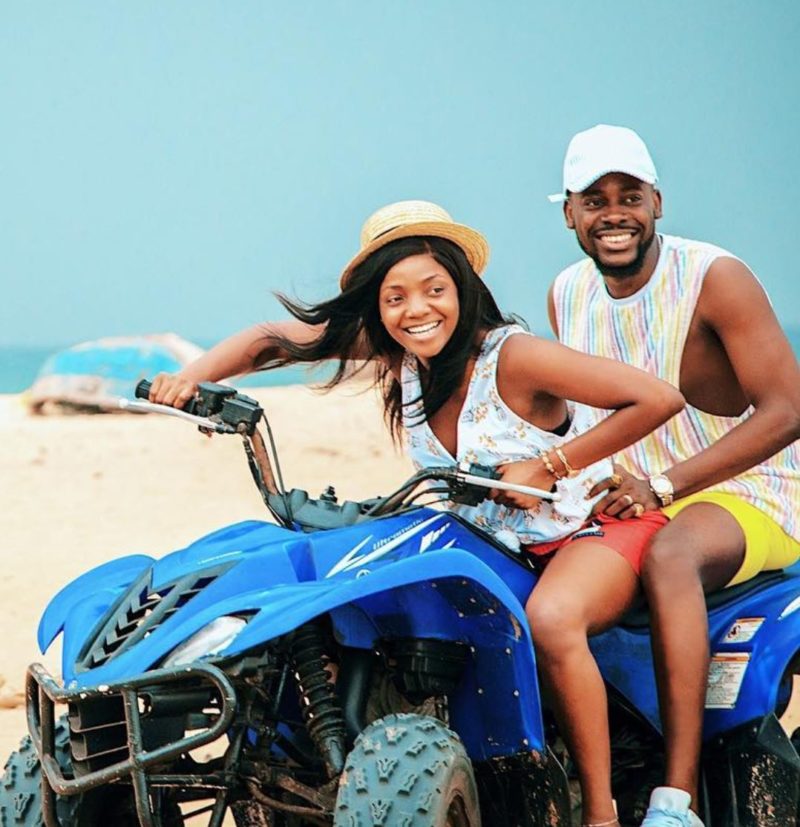 We sure do get married for various reasons, ranging from companionship to escape and most of all for love but for Nigerian songstress, Simi, it is so she can borrow her husband’s clothes freely and not have to return them.

Simi in a post which she made on her Instagram handle revealed this to her fans and anyone who cares to read.

The singer who signed the ‘for better for worse’ contract with fellow musician Adekunle Gold earlier this year revealed on Instagram that she derives pleasure in inheriting her husband’s wears and that played a huge part in her getting married.

According to her, she could wear all his clothes and never give them back. In fact, that was why Adekunle didn’t want to get married.

Simi wrote:
“Only reason I got married was so I could wear all his clothes and never give them back. that’s the only reason why he didn’t want to get married. So love is compromise. Compromise is her having her way.”

Recall that Simi had earlier in the year said that:

“Alcohol exposes my love. I always call Kunle and say “I’m tipsy baby. i love you.”

Well, guess we can safely add clothes borrowing to the list of reasons why people get married and it’s all thanks to Simi

My ex-husband is not violent and I’m not a victim of domestic violence, Actress Venita tells busybodies
Prince Harry, Meghan and Baby Archie to visit South Africa, Malawi, other African countries