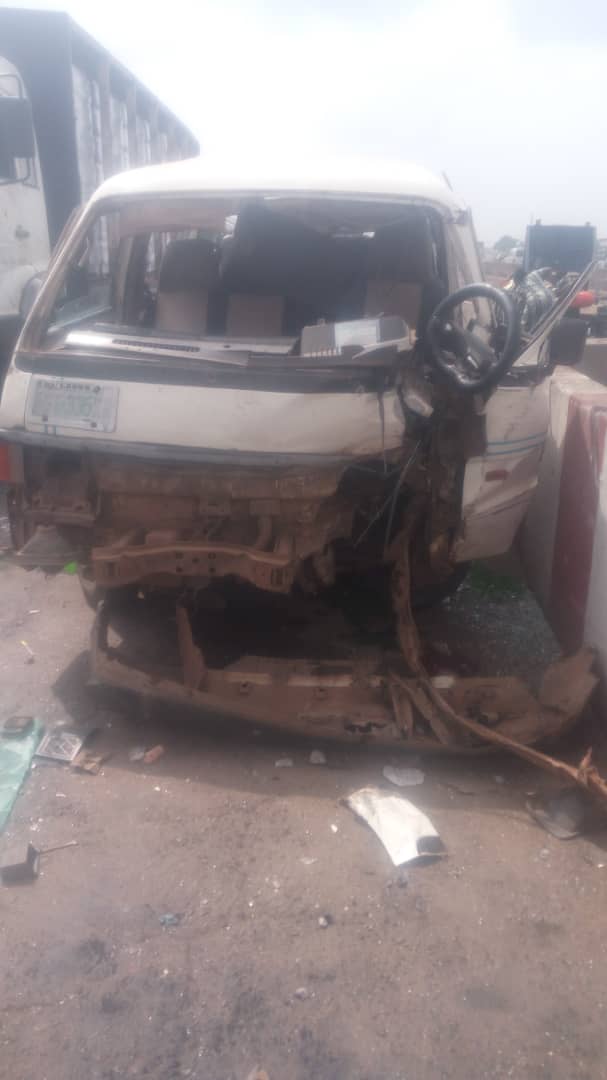 Three people sustained various degrees of injuries on Tuesday morning after a commercial bus rammed into the median barrier at the Arepo axis of Lagos-Ibadan expressway.

It was gathered that the bus involved in the accident was trying to overtake another vehicle when the driver lost control and hit the road barrier leaving passengers injured.

The driver of the bus was also said to be among the victims.

We received a distress call of a  lone accident and according to an eye witness, the driver of the bus hit the barrier in front of him after overtaking another vehicle.

Speaking with another official of the FRSC, commander Jimoh also said,

The accident was not fatal because no life was lost but its a serious one which caused serious damage on the vehicle and injuries on about three to four of the passengers which among is a baby.

The victims have been rushed to a nearby private hospital, reports also gather that the driver was badly injured on the leg. 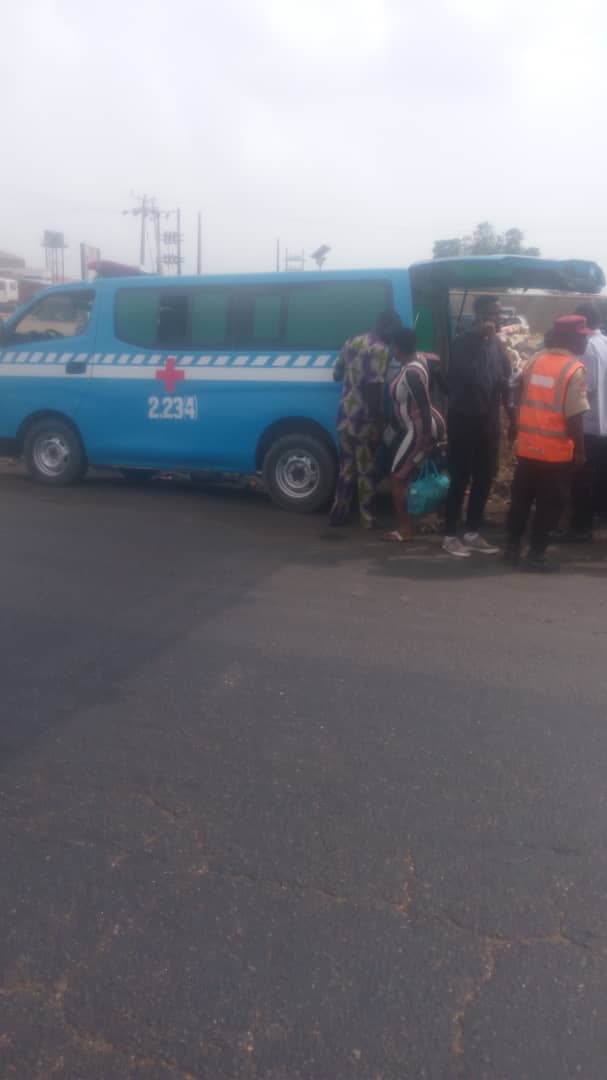 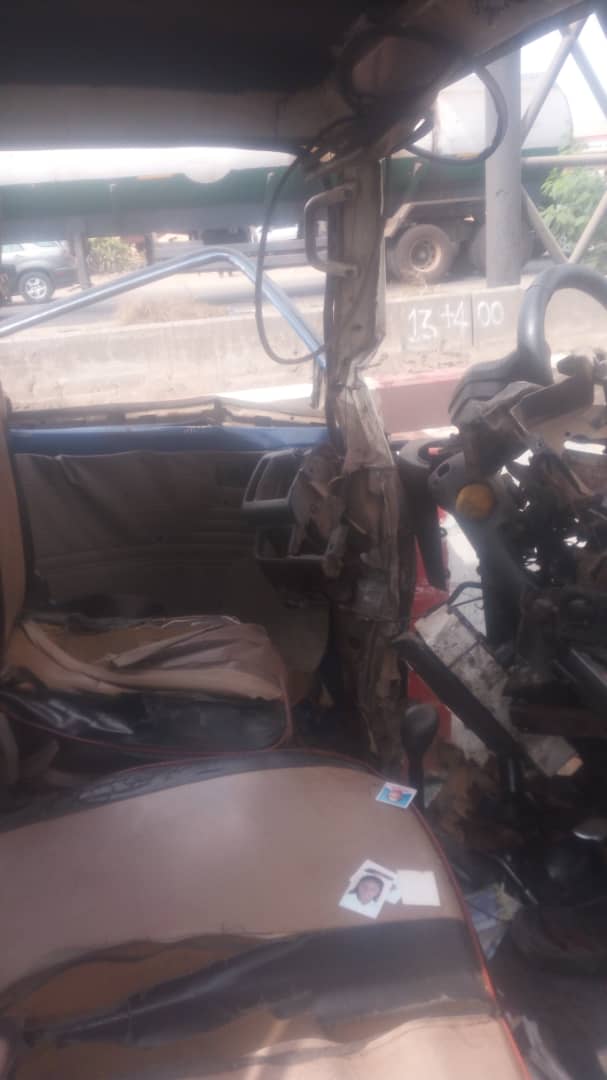 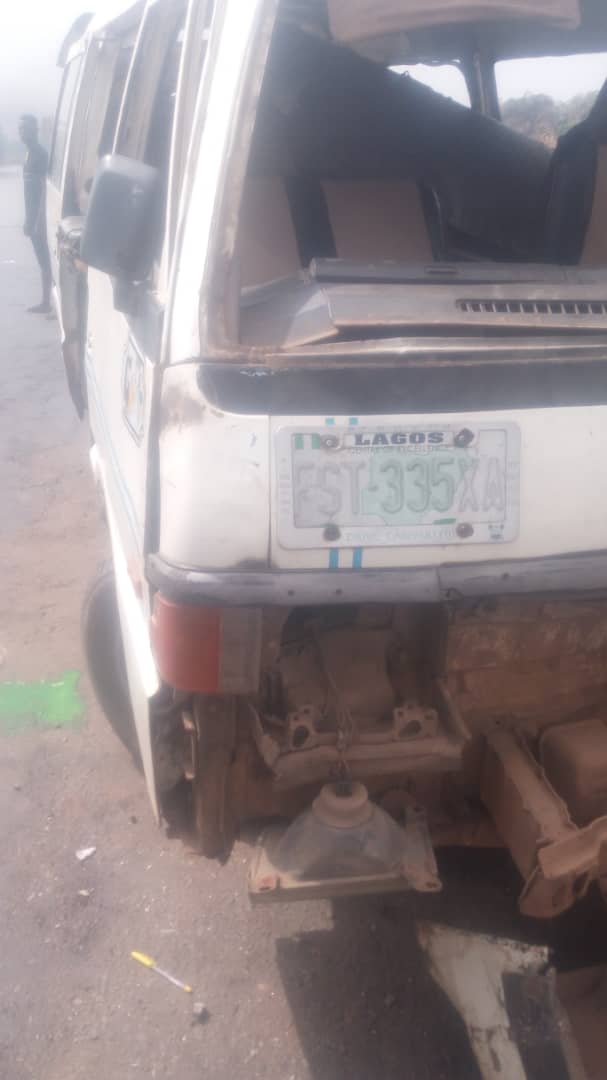