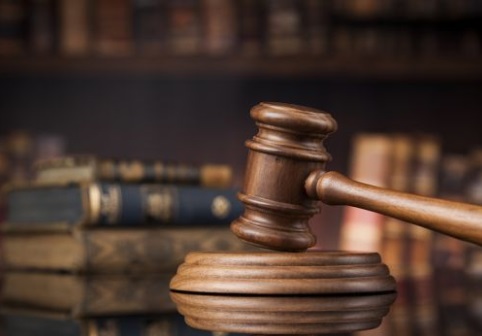 The vacation judge, Justice Ahmed Mohammed, of the Federal High Court, Abuja, on Tuesday, restrained the Independent National Electoral Commission (INEC) from conducting fresh election to fill the vacant seats of the embattled 14 House of Assembly lawmakers in the state.

Justice  Mohammed, who gave the order in a motion ex-parte with suit: number: FHC/ABJ/CS/1582/19 filed by Mr D.D. Dodo on behalf of the 14 lawmakers, said the parties in the suit should hold on pending the determination of the motion before the court.

Newsmen further report that, the 14 lawmakers had, on Dec 12, approached the court, seeking an order of interim injunction restraining INEC from conducting by-elections in respect of their seats in the state’s assembly purportedly declared vacant by the speaker on Dec. 4, 2019, pending the hearing and determination of the motion on notice dated Dec. 10, 2019.

Justice Mohammed had, at the hearing, directed the 1st and 2nd defendants to appear before the court on Dec. 19 to show cause why the interim injunction being sought by the plaintiffs vide their motion ex-parte should not be granted.

Mohammed also ordered that the enrolled order to show cause, motion exparte for interim injunction, motion on notice for interlocutory injunction and the originating processes should be served on the respondents.

The judge, who ordered that hearing notices be issued on the respondents, then adjourned the matter till Dec. 19 for Okiye and INEC to appear and show cause.

Although on Dec. 19, the court did not sit, parties in the suit were given Jan. 7 for further proceeding.

At the resumed hearing on Tuesday, Ikhide Ehighelua, Counsel to the 14 lawmakers, reminded the court about the motion ex-parte filed on Dec. 10, 2019.

“My Lord, my learned friend from INEC is here today,” he said.

Femi Adeyemi, Counsel to INEC, though acknowledged that the commission was served with all the processes, including the enrolled order, he said it was not served with the motion ex-parte.

Adeyemi, who told the court that INEC’s position on the matter was to be neutral, said the electoral umpire did not oppose the applications filed by the plaintiffs.

“My Lord, our position is that we want to retain our neutrality,” he told the judge.

He hinted that he had not filed an affidavit in support of the commission’s position.

Justice Mohammed, however, said based on provisions of Order 26 Rules 11, 12 and 13 of the Federal High Court Civil Procedure Rules, 2019, where a defendant is asked to come and show cause, the defendant is expected to file an affidavit in evidence and not an oral evidence.

“What you are telling me here is evidence. I understand you very well. You file an affidavit that you want to be neutral.

“File an affidavit and explain there even if it is a two paragraphs, but not to stand at the bar and explain,” the judge said.

Justice Mohammed, therefore, told Adeyemi that having decided not to oppose the applications filed by the lawmakers, the commission should restrain itself from taking further step since the matter was still pending in court.

Delivering his ruling, the judge ordered INEC to file an affidavit in support of its position and to show cause why the interim injunction should not be granted before the next adjourned date.

Justice Mohammed, who ordered that the 1st defendant, Mr Okiye, who was not represented in court, be issued with the hearing notice, adjourned the matter till Jan. 28.

Newsmen report that the Governor of Edo State, Godwin Obaseki, on Dec 26, at a gathering of All Progressives Congress (APC) in the state, said that the 14 lawmakers;

“who were mistakenly elected into Edo State House of Assembly and are members of the Edo Peoples Movement (EPM) have been thrown out and the Independent National Electoral Commission (INEC) is aware and will soon announce date for a fresh election, where we would have opportunity to elect credible representatives who will represent us in the House.”

Newsmen report that the 14 lawmakers had, since the inauguration of the assembly, drawn a battle line with the governor over what they described as leadership imposition in the house.