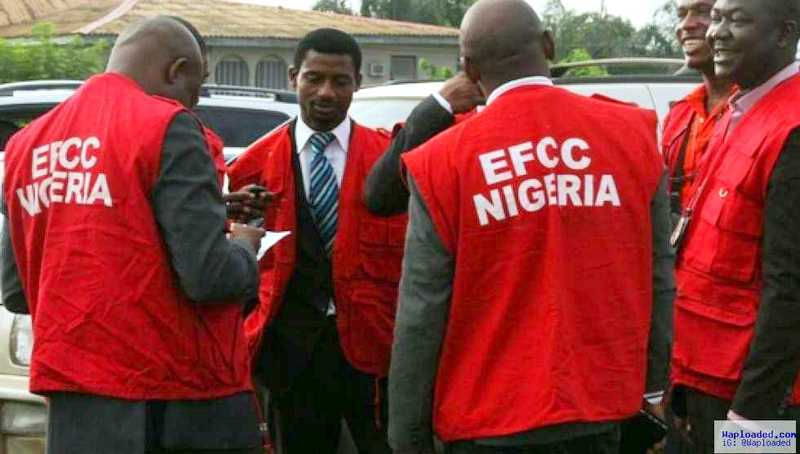 The Economic and Financial Crimes Commission on Thursday arraigned Petro Union Oil and Gas Limited and four of its directors over an alleged scam of £2,159, 221, 313. 54 involving purported construction of three refineries and a petrochemical complex in the country.

The oil firm and the directors – Abayomi Kukoyi, Kingsley Okpala, Chidi Okpalaeze and Emmanuel Okpalaeze – were arraigned before Justice Mohammed Liman at the Federal High Court in Lagos.

They were charged alongside Isaac Okpala, said to be deceased, and Gladys Okpalaeze, said to be at large.

The EFCC, in the charges, alleged that the defendants “fraudulently procured a Barclays Bank cheque, dated 29th December, 1994 in the sum of £2,556,000,000.00 made payable to Gladstone Kukoyi and Associates, purporting the said cheque to be meant for foreign investment in the construction of three refineries and a petrochemical complex in Nigeria, when you knew that the said cheque to be false.”

The anti-graft agency further alleged that the defendants, with an intent to defraud, “forged a certain document to wit: statement of account in the name of Goldmatic Limited purportedly issued by the Central Bank of Nigeria with Account Number: 10382175, wherein you falsely claimed that the Central Bank of Nigeria had in its custody, the sum of £2,159, 221, 313. 54 in favour of Goldmatic Limited.”

The prosecuting counsel for the EFCC, Mr Rotimi Jacobs (SAN), told the court that the crime was committed on December 29, 1994 and 2007 in Lagos.

According to him, the defendants acted contrary to Section 1(2) (a) of the Miscellaneous Offences Act, Laws of the Federation of Nigeria, 1990 and were liable to be punished under same law.

The prosecutor said the defendants also violated Section 467 (2) (I) of the Criminal Code Act, Laws of the Federation of Nigeria, 2004.

But the defendants pleaded not guilty when the seven counts were read to them on Thursday.

While adjourning till February 19 to hear their bail applications, Justice Liman ordered that the directors be remanded in the custody of the EFCC. 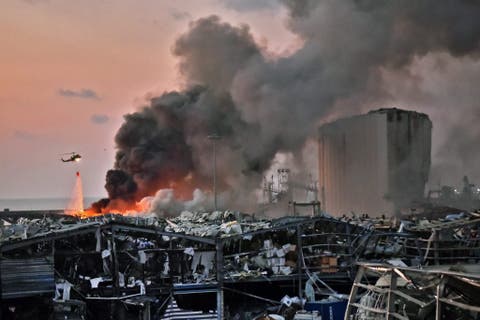 The Federal Government said on Monday no Nigerian was killed in last week’s explosion in Beirut, Lebanon, which killed over 100 people and wounded several others.

The Ministry of Foreign Affairs in a statement titled: “FG commiserates with Lebanon over the deadly explosion,” and signed by its spokesman, Ferdinard Nwonye, in Abuja, commiserated with the Lebanese government on the incident.

The federal government, according to the statement, was in solidarity with the Middle Eastern nation in the period of grief.

The federal government urged the international community to support the Lebanese government in the rebuilding process.

The statement read: “The Federal Government of Nigeria wishes to commiserate with the government and people of Lebanon over the August 4, 2020, deadly explosion that occurred in the main seaport in Beirut.

“The Government of Nigeria is in solidarity with the nation of  Lebanon in this period of grief and calls for international support to facilitate the rebuilding process.

“The Ministry of Foreign Affairs wishes to inform the general public that reports from the Embassy of Nigeria in Beirut indicate that, so far, there is no reported case of Nigerian nationals among the dead but the host authorities are still assessing the impact of the damage caused by the massive explosion.” 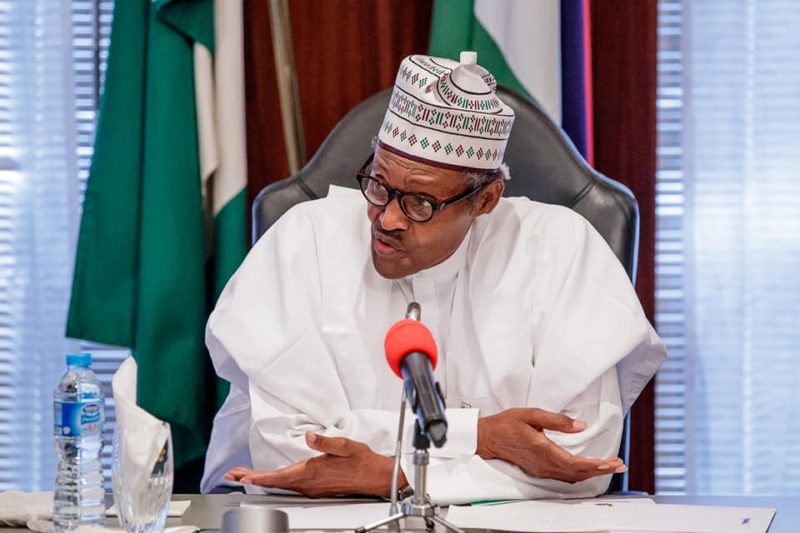 The President  Special Adviser on Media and Publicity, Femi Adesina, disclosed this in a statement on Monday.

According to the statement, “The Agreement and the Agency are registered with the Secretariat of the United Nations in accordance with Charter of the United Nations and is incognizant of the truth that lack of satisfactory political, non-business and business threat insurance coverage is a big obstacle to the supply of finance for investments in Africa and the growth of African international commerce and intra-Africa commerce.

“The Agency when executed will acknowledge earlier multilateral efforts made by the African States in the direction of regional financial integration via co-operation in commerce liberalization and growth in order to attain sustainable development, promote financial exercise, and create an enabling setting for international commerce, in addition to cross-border and home investments.

“A memorandum from the Attorney-General of the Federation and Minister of Justice, Abubakar Malami, said that the request for the President’s signature on the settlement was a sequel to the directive of the Federal Executive Council, that the instrument is ready and forwarded for execution.

“The ratification was adopted at Grand Bay within the Republic of Mauritius on May 18, 2000.

“The object and function of the Agency are to present, facilitate, encourage and in any other case develop the availability of, or the help for, insurance coverage, together with coinsurance and reinsurance, ensures, and different monetary devices and providers, for functions of commerce, funding and different productive actions in the African States in complement to these which may be provided by the general public or non-public sector, or in cooperation with the general public or non-public sector. 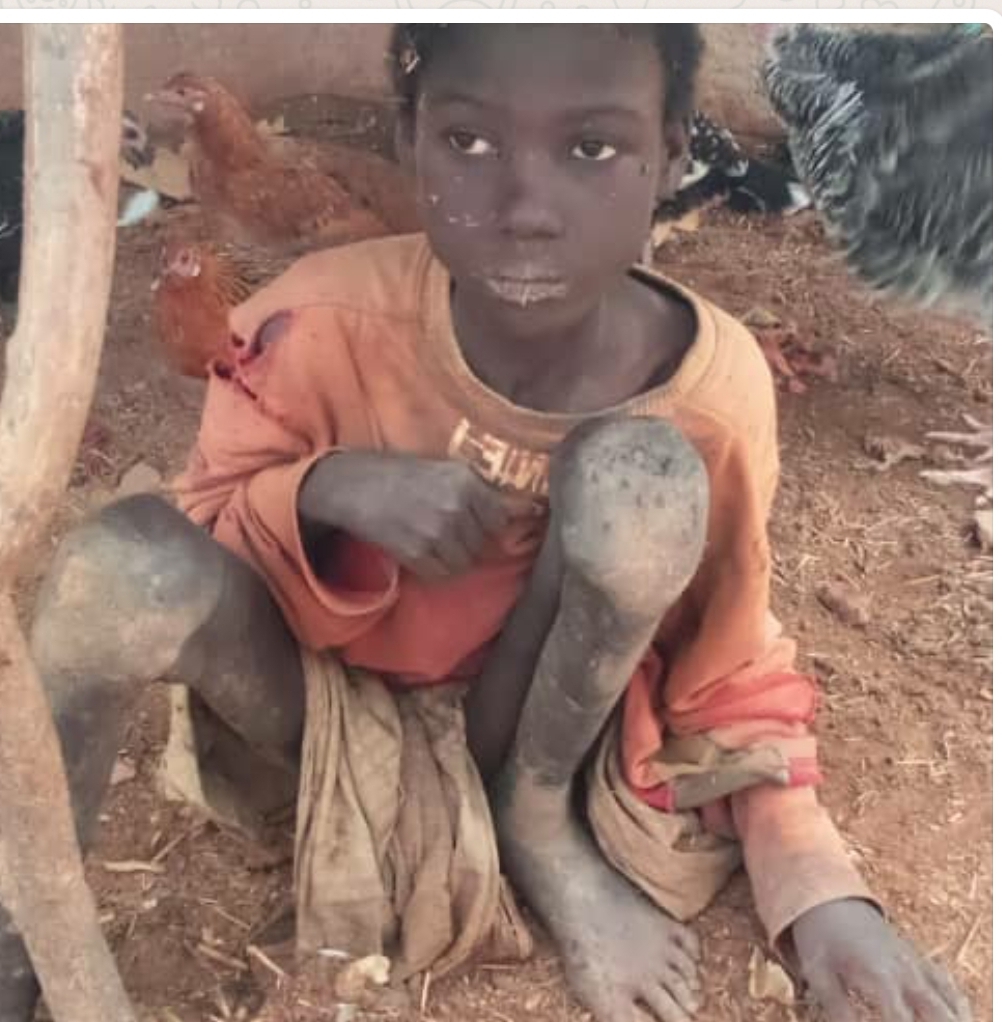 A 10-year-old boy has been rescued by the National Human Rights Commission after being tied up and denied regular food for two years by his father and three stepmothers who claimed he was mentally unstable.

The boy, identified as Jibrin Aliyu, was rescued by the NHRC after neighbours tipped them off.

According to a situation report by the NHRC obtained by The PUNCH, the culprits had been arrested while the boy was receiving treatment at Sir Yahaya Memorial Hospital, Birnin Kebbi.

The gaunt-looking boy could barely walk by himself when officials came to evacuate him.

The boy was termed as being mentally unstable. However, after a few days of treatment, he was already in high spirits and seemed normal, according to a government official.

The report read in part, “His name is Jibrin. He lives in Badariya area, Birnin Kebbi, kebbi State with his father and three stepmothers. The poor child lost his mother a few years ago. According to the information gathered, the child had been tied by his father within the father’s premises like a goat, devoid of food and water on the ground that he is mentally retarded.

“Some of the neighbours observed this inhuman treatment and alerted the NHRC Kebbi. Presently the father and his three wives are in police custody at the Divisional Headquarters Birnin Kebbi and the innocent boy is receiving treatment at Sir Yahaya Memorial Hospital, Birnin Kebbi.

“The state coordinator, Hamza Wala, has discussed with the Divisional Police Officer handling the case about making arrangement for their arraignment before the Chief Magistrate Court Birnin Kebbi pending the completion of the police investigation.

“Furthermore, the boy will be transferred to the Rehabilitation Centre in Jega, Kebbi State for better treatment.”
Meanwhile, Governor Atiku Bagudu of Kebbi State has ordered an investigation into the matter.

The governor’s Coordinator/Senior Special Assistant (New Media), Aliyu Argungu, said this in a statement on Monday.

He said, “In a swift reaction to the discovery of a maltreated 10-year-old boy in Badariya area Birnin Kebbi Township, His Excellency Governor Abubakar Atiku Bagudu has ordered an immediate investigation into the whole matter (of inhuman treatment of the boy). This will excavate the causes and the failures of those whose duty is to protect both children and adults.

“Moreover, the social welfare officials of the entire Local Governments across the state will be quizzed and investigated. This will serve as a wake-up notice to other sectors (across the state).

“His Excellency expressed great sadness and worry that young Jibril was failed not only by his parents but by neighbours and the entire system.”