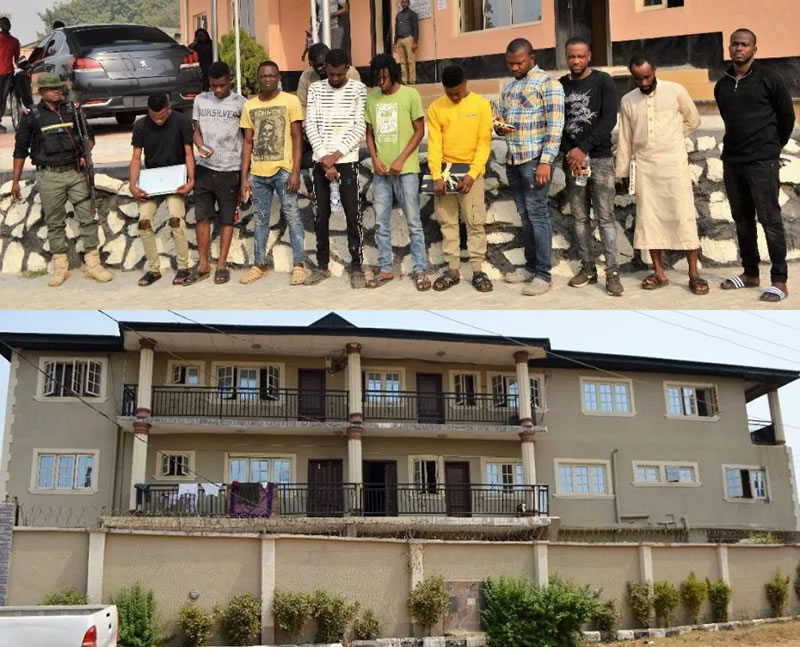 The Economic and Financial Crimes Commission [EFCC], on Wednesday, arrested a 33-year-old landlord, Stanley Ejike Awam, and 10 of his tenants who are suspected to be internet fraudsters.

Awam was apprehended for allegedly providing shelter in a six-flat two-storey building for the suspects.

The 10 suspects popularly known as Yahoo Boys were picked in Ibadan following intelligence on their alleged illegal activities.

The Ibadan house where the internet fraudsters were arrested by EFCC

Others are Adeyemo Muktarh and Bashir Mohammed.

Muktarh and Mohammed were picked up at Eleyele and Old Bodija areas of the ancient city. Items recovered from them include three exotic cars, laptops, mobile phones and land documents.

The suspects will be charged to court as soon as investigations are concluded. 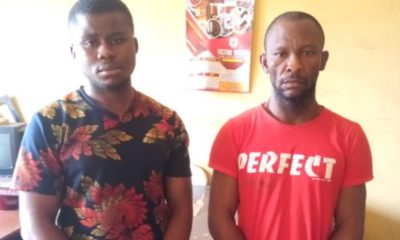 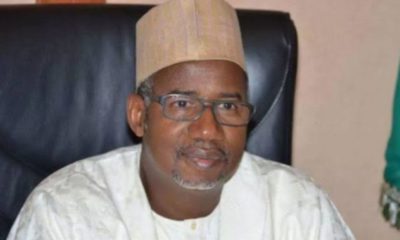 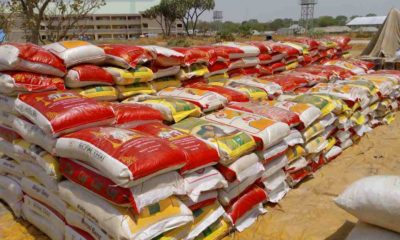