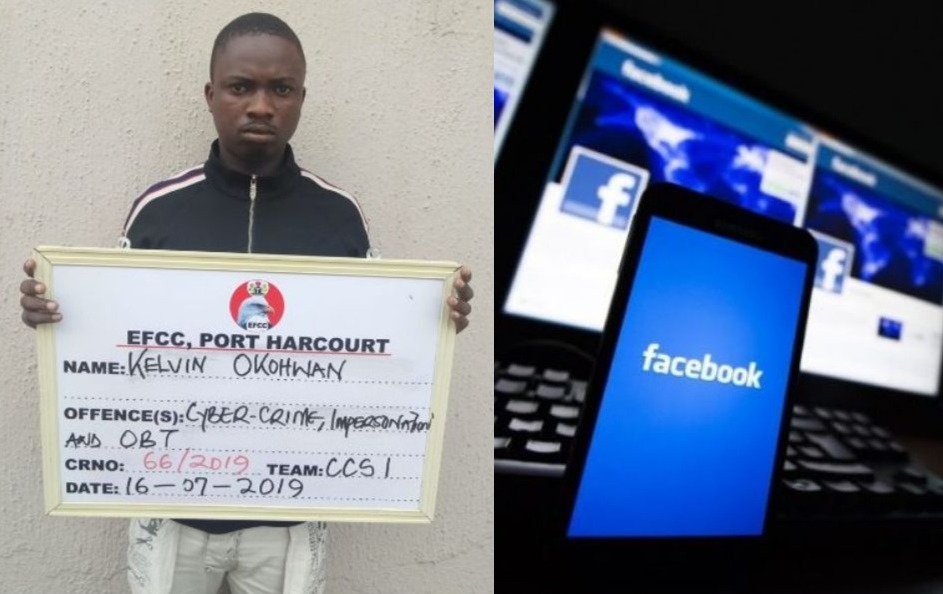 It was gathered that Kelvin had hacked about 100 Facebook accounts before he was recently arrested in Warri, Delta State.

His arrest reportedly followed discreet monitoring of his online activities, based on complaints from members of the public alleging that he hacked and took over their Facebook accounts after they clicked on a phishing link he sent to them.

The anti-graft agency in a statement on its official social media page said:

“It was also discovered that the suspect was selling hacked Facebook accounts to other fraudsters who were using them for various nefarious online activities. In some cases, he used many of the accounts himself to defraud friends of his victims.

“He would be charged to court as soon as investigations are concluded.”