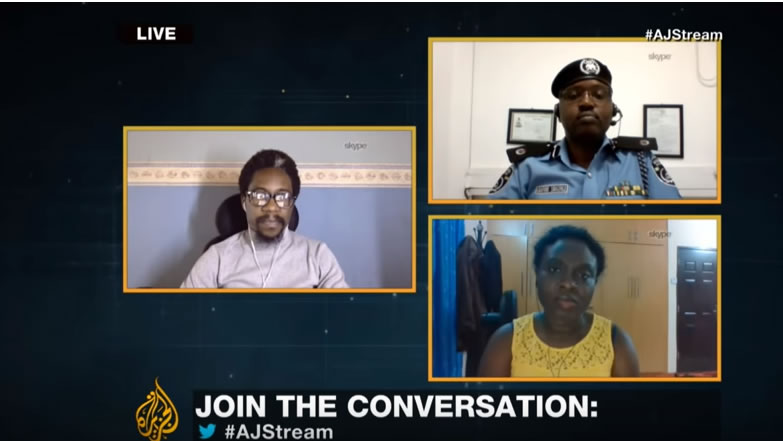 The #EndSARS call by Nigerians for the scrapping of the Special Anti-Robbery Squad, popularly known as SARS, reached a new high on Thursday when the topic was featured on Aljazeera’s AJStream.

On the program to discuss the issues with the anchor, Malika Bilal Segun Oransanya, a strong voice in the #EndSARS campaign; Yomi Shogunle, police spokesman and Chioma Ojuigo a rights activist.

While the Policeman tried to defend his organisation, participants in the program punctured his arguments.

See the video of the program below.

Continue Reading
You may also like...
Related Topics:#EndSARS, AjStream, Featured