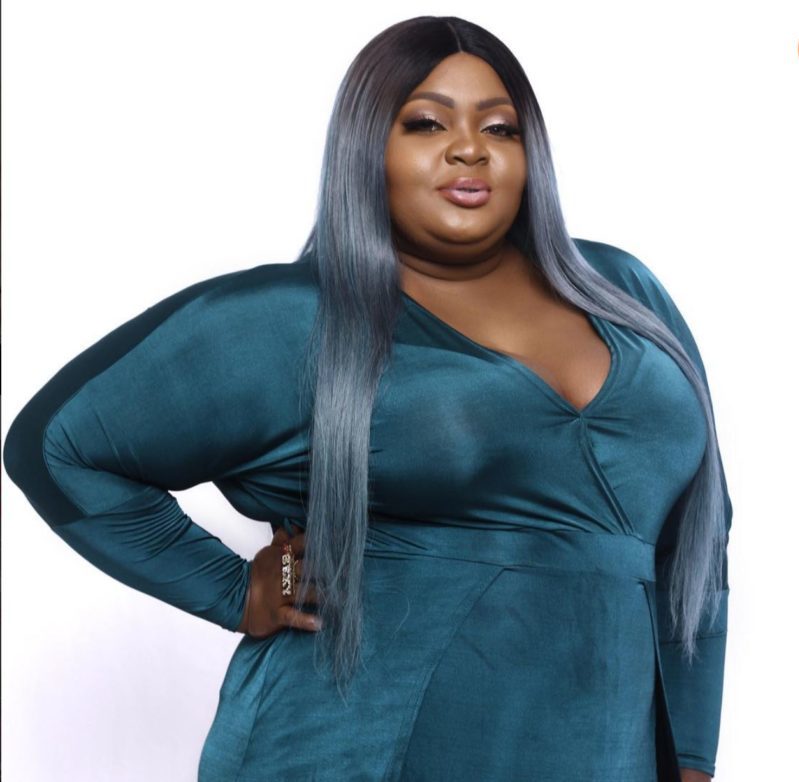 One of the turn-offs of being a celebrity is the fans and unending their criticisms.

Many Nigerian celebrities, mostly Nollywood actresses have come under some serious criticisms on social media over their looks or deeds.

The latest of one of such celebrities to get criticised is Eniola Badmus who is quite big in size.

Just recently, Eniola Badmus took to her playful side to reply a troll who could not avoid commenting on a photo she shared on Instagram.

The troll made the actress’ size her focal point of attack.

The voluptuous actress, to the shock of many, responded with:

To which the troll took back her words and apologised.

“@eniola_badmus wow! Thought you are gonna talk back at me but you didn’t, u must be one hell of a celebrity and forgive me for my comments…..I was only trying to get ur attention. I want u to know u are beautifully Heaven made, much love and tuale mama.” 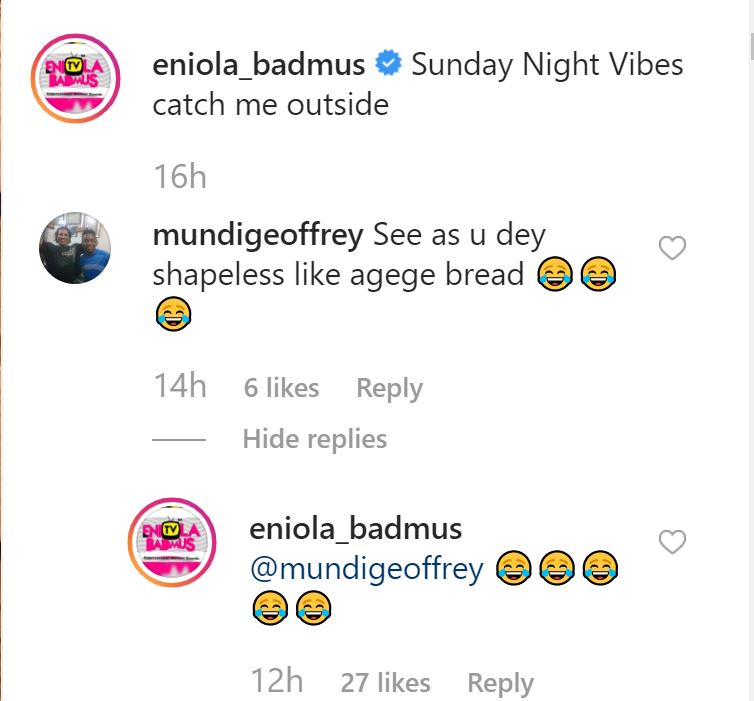 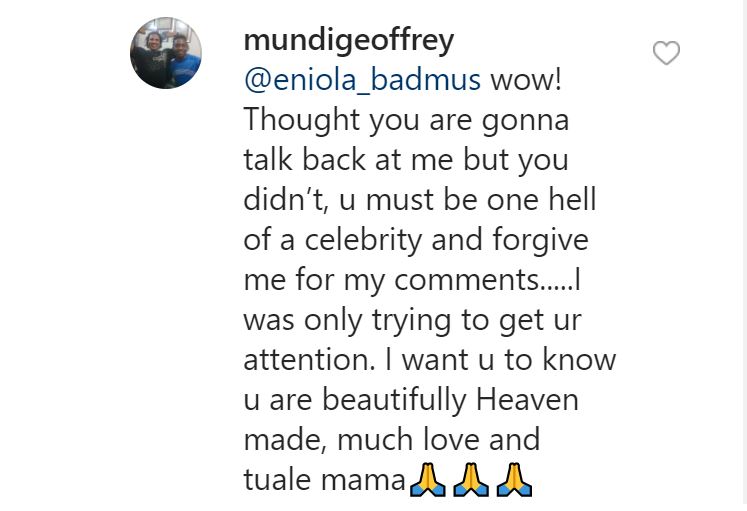 Otedola’s N5bn donation: Indimi family claps back at Reno Omokri
T.I’s daughter unfollows her family on social media, including him, following his comment about her yearly virginity test