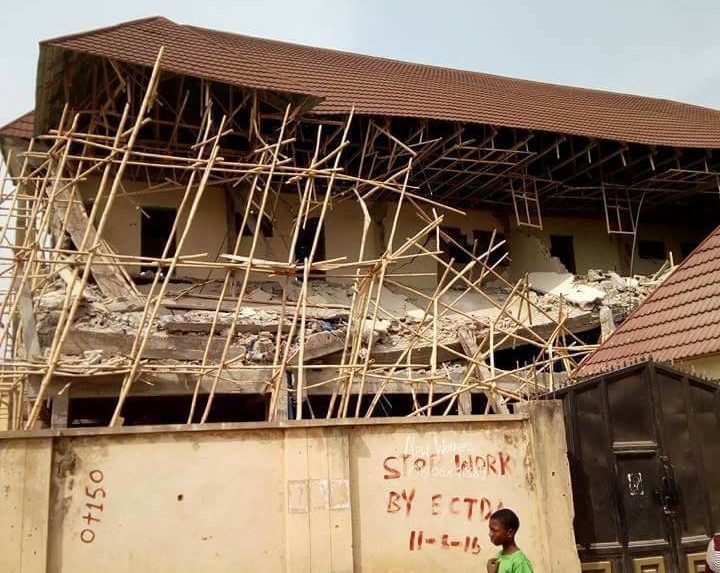 The Police Command in Enugu State has said that no life was lost in the collapsed three-story building under construction in Enugu metropolis.

The Command’s Public Relations Officer, SP Ebere Amaraizu, said this in a statement in Enugu on Friday.

Amaraizu said that the incident took place on Wednesday around Monarch Avenue axis of Independence Layout in Enugu metropolis.

“From preliminary investigations, it is clear that no life was lost in the incident and no other property was lost rather than the collapsed building under construction.

“The members of the public should discountenance any other information to the contrary on the incident being circulated in the social media,’’ he said.

According to him, the cause of the incident is yet to be established.

“Investigation on the incident is still on as the Command plans to get to the bottom of the matter,’’ he said.

However, an eyewitness, Mr Clifford Eze, said that the collapsed might be due to the use of sub-standard building materials and engineers to execute the project.

Eze, who is one of the residents of the area, said that the blockwork for the uncompleted building had already been completed and was at the verge of being roofed.