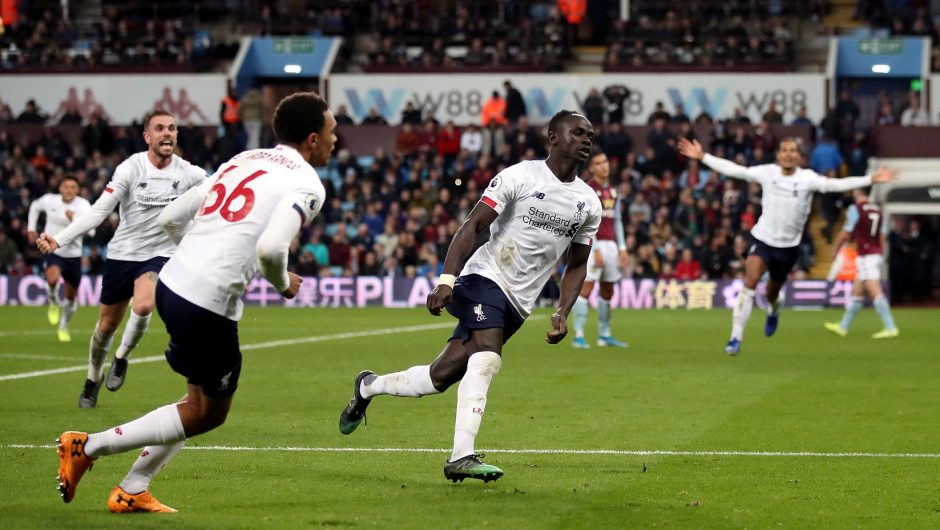 Liverpool staged their third comeback win in a week as they snatched an incredible 2-1 win from the jaws of defeat at Aston Villa.

The unbeaten Premier League leaders came from a goal down to grab all three points in the final stages of a game that could have reduced their hard-earned lead.

For a third game across seven days, Jurgen Klopp’s men had their powers of recovery tested, and they’ve passed with flying colours ahead of next weekend’s mouthwatering duel with title rivals Manchester City at home.

Meanwhile, Arsenal may have finally ran out of ‘bullets’ as the gunners cannot seem to shoot right to win an EPL match.

Unai Emery’s side continued with their woeful run in the season after squandering another lead for the third time in a week to play 1-1 draw against Wolverhampton Wanderers at the Emirates Stadium.

The Gunners wasted their 2-0 lead against Crystal Palace on Sunday to settle for 2-2 draw, on Wednesday they also threw away a lead against Liverpool and were forced to kiss the dust after a penalty shoot-out in the Carabao Cup ten goals thriller.

Arsenal playmaker Mesut Ozil was in the team after his midweek League Cup performance but there was no place in the squad for captain Granit Xhaka, who was heavily criticised following his angry reaction to being substituted last week.

Arsenal looked set to break a run of poor league performances that has seen them take five points from the last four games when Aubameyang stabbed home Alexandre Lacazette’s pass in the 20th minute.

Despite dominating possession, Arsenal failed to convert chances and were hit by a sucker-punch in the 76th when Portuguese striker Jimenez headed home Joao Moutinho’s looping ball into the box for the equaliser.

Arsenal pressed forward looking for a late winner but the Wolves rearguard survived the loss of Matt Doherty to injury as they held firm to make it eight league games unbeaten.

With the home fans booing briefly at the final whistle, the result leaves Arsenal fifth on 17 points, with Wolves 11th on 13.