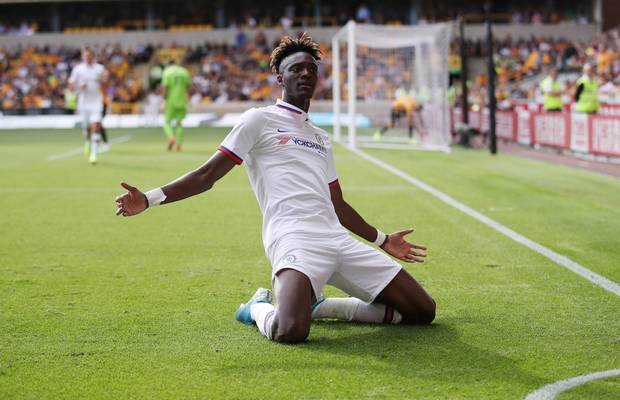 Tammy Abraham scored a hat trick for Chelsea as they battered Wolverhampton Wanderers 5-2 at Molineux on Saturday.

Chelsea were 3-0 up at the break thanks to a fine strike from Fikayo Tomori, while Abraham grabbed three either side of half time to put the game beyond doubt.

Roman Saiss’ header was knocked in off Abraham to pull one back and Patrick Cutrone made it 4-2 late on, but Chelsea added a fifth through Mason Mount as he cut inside and curled home.

Chelsea now have their second victory of the season and sit on eight points. Wolves have yet to win any of their five Premier League games.

Liverpool came from behind to earn a 3-1 home win over Newcastle United thanks to Sadio Mane’s first-half double and a late goal from Mo Salah on Saturday, maintaining their 100% start to the season and winning their 14 consecutive Premier League match.

At Old Trafford, Marcus Rashford’s only goal from the penalty spot in the eighth minute returned Manchester United to winning ways and ended Leicester’s unbeaten start to the season by edging to a Premier League victory in a pulsating contest.

After thrashing Chelsea 4-0 on the opening day, United had failed to win any of their last three games but took all the points to inflict Leicester’s first defeat of the campaign.

Nigeria amputee federation appeals for funds ahead of nations cup 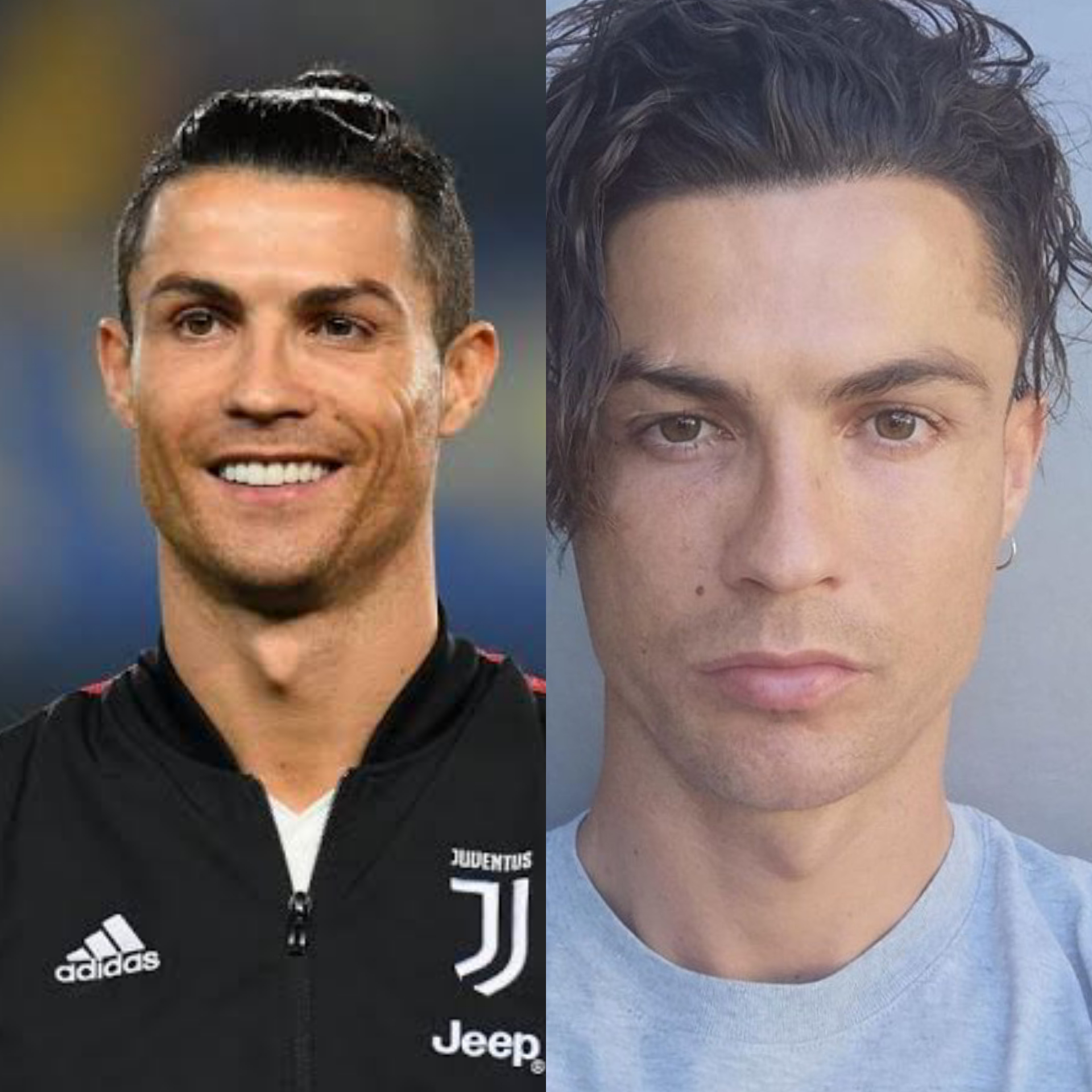 The 35-year-old who is known for his unique style when it comes to his hair has recently decided to change it by letting it grow longer.

The Juventus star player, shared a photo of his new hairstyle with the caption: “Approved?” 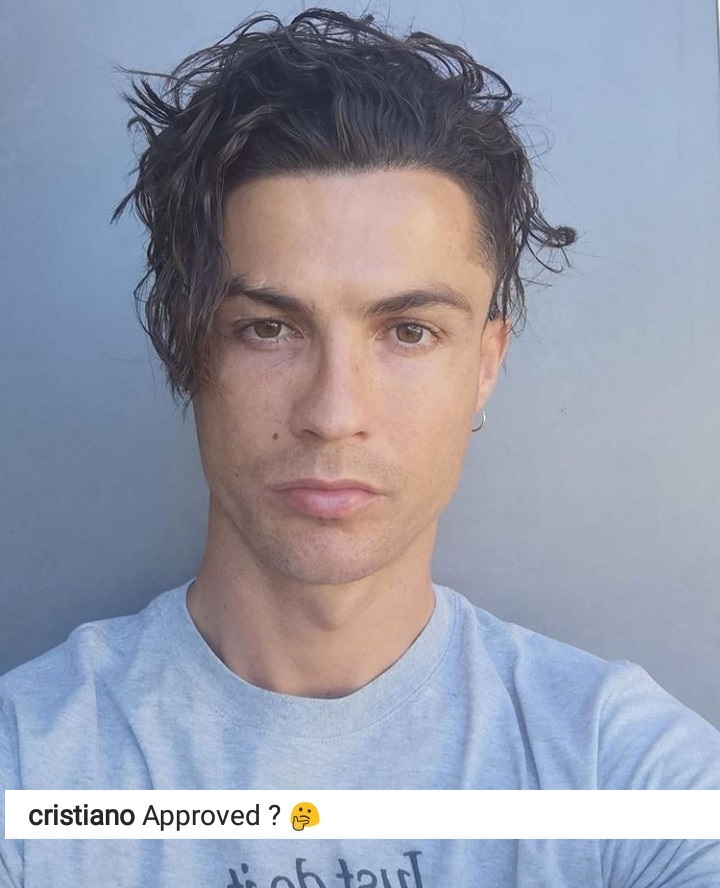 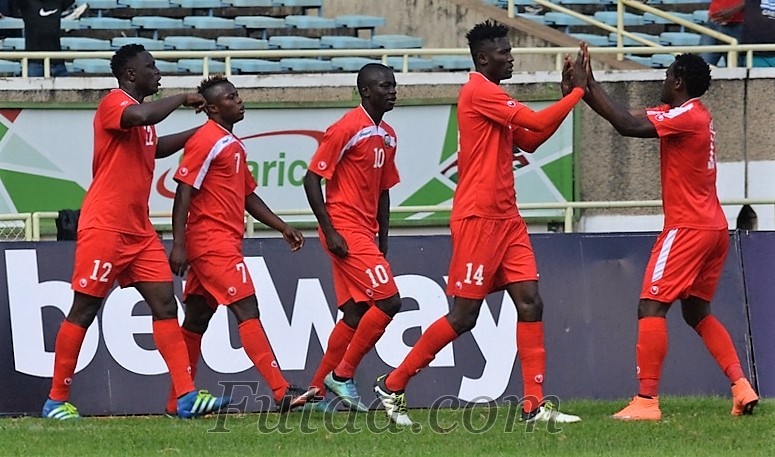 The USA based rookie, made a false start in his first time representing Kenya at the World Under-17 Championships in Nairobi in 2017 when he was disqualified for lane infringement offense.

But he returned to his training base in Kentucky (USA) and immersed in training, and not even the lockdown imposed by countries to curb COVID-19 spread has slowed him down.

Saruni has been primed as heir apparent to the late former world 400m hurdles champion, Nicholas Bett, and the 19-year-old computer science student said he is ready to pick up the gauntlet.

“It is my dream to represent Kenya at the Tokyo Olympics.

“The plan is to make it to Tokyo this year in August, but the health situation has forced a lockdown.

“However, 2021 is still a good year and I want to be in top form so that I may dominate the hurdles and be able to live the dream of my mentor Bett,’’ said Saruni on Tuesday.

With college athletics in the USA closed, Saruni, like many other sportsmen, is forced to train on his own and he loves the challenge, though it is not optimum.

“Currently, I am able to do some short runs, a lot of gym exercises and related stuff to keep me in good form.

“We will overcome this pandemic and return to competition.

“My focus is to keep improving,’’ added Saruni.

The Kenyan prodigy also has the capacity to oscillate through to 800m and 1,500m races.

However, he sees his ideal race being in the hurdles.

Saruni is one of the top talents Kenya expects to parade in Nanjing, China during the rescheduled World Indoor Championships in 2021.

The competition is to be held in March at the newly-built Nanjing Cube.

The teenage athletes missed out on the chance to make the Kenya team to the 2017 World Championships after he was dropped in a controversial way from the 800m team to London with coaches opting to pick Africa silver medallist, Emmanuel Korir, Ferguson Rotich, and David Rudisha, the Olympic champion.

His coach then, Paul Ereng, a former world 800m champion, said Saruni was to inherit Rudisha.

“There is a new sheriff in town. 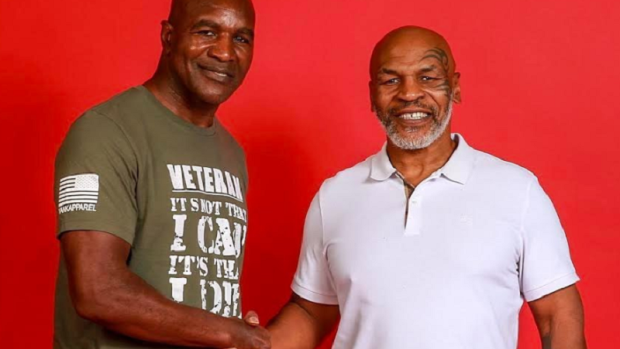