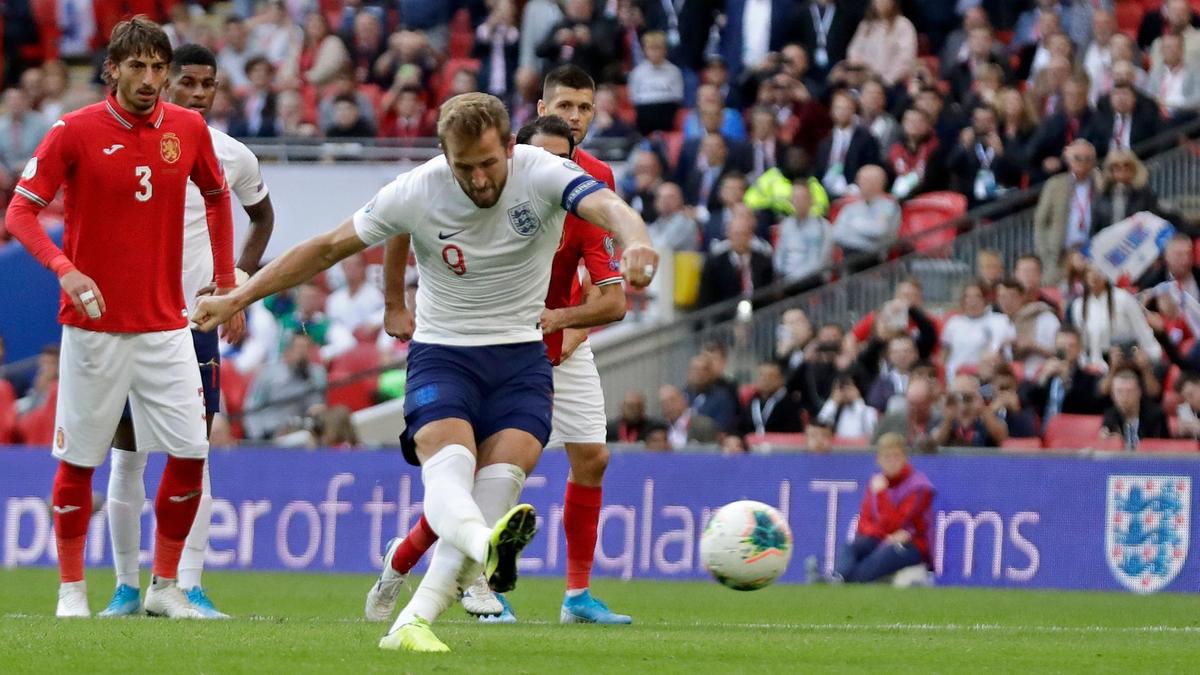 England’s serene progress towards Euro 2020 continued as skipper Harry Kane grabbed a hat-trick in a 4-0 demolition of Bulgaria in Group A at Wembley on Saturday.

Kane opened the scoring after 24 minutes and struck home two penalties after the break as well as providing the assist for Raheem Sterling to get on the scoresheet.

Gareth Southgate’s side have now scored 14 goals in their opening three Group A games and lead the table with nine points while Kosovo who earlier beat the Czech Republic 2-1, have eight points.

England host Kosovo for the first time on Tuesday when another victory will leave them looking virtually assured of reaching next year’s tournament that culminates on home soil.

It was not a perfect display by England with Bulgaria having three good chances, one when the score was 0-0.
However, England proved far too strong as they left the visitors languishing at the bottom of the group with two points from five games.

Kane’s second hat-trick for England, following the one he scored against Panama at last year’s World Cup finals, took his tally to 25 goals in 40 appearances.

Eight of the goals were from the penalty spot.