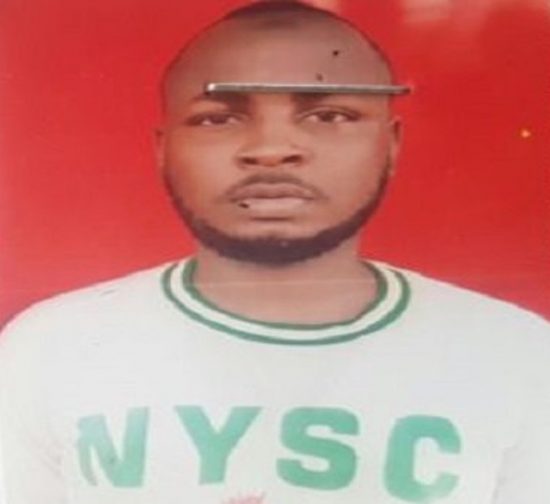 A former National Youth Service Corps (NYSC) member, Abraham Amuta, who was abducted by Boko Haram insurgents in April 2019, has reportedly rejected an offer to be freed by the terrorists.

According to Daily Trust, Amuta reportedly told negotiators who went to the Sambisa Forest to secure his release to go back home, saying he had renounced his Christian faith and is now a member of Boko Haram.

Negotiation for the release of Amuta and the other captives continued until yesterday when the process collapsed at the last hour following the ex-corps member’s decision to remain with his captors.

The Benue-born was kidnapped while observing the one-year mandatory service in Borno State alongside three other members of the Living Faith Church (Winners Chapel) on their way to Chibok to distribute relief items to internally displaced persons and evangelise.

Pastor Moses Oyeleke of Living Faith Church in Maiduguri who was one of those abducted regained freedom in November 2019.

Amuta’s housemate, Ezeanya, whose tweet about the abduction went viral last year, told The PUNCH in May 2019 that he was told by a member of the church that the insurgents had demanded N200m before they could release those they kidnapped.

“He would always talk about his experience as a security agent in Jos (Plateau State) and how he is ready to go to Sambisa Forest whenever the opportunity comes because he has got security experience. He said during the crises in Jos, a vigilante group was set up there and he was part of the group. He is a tough guy.”