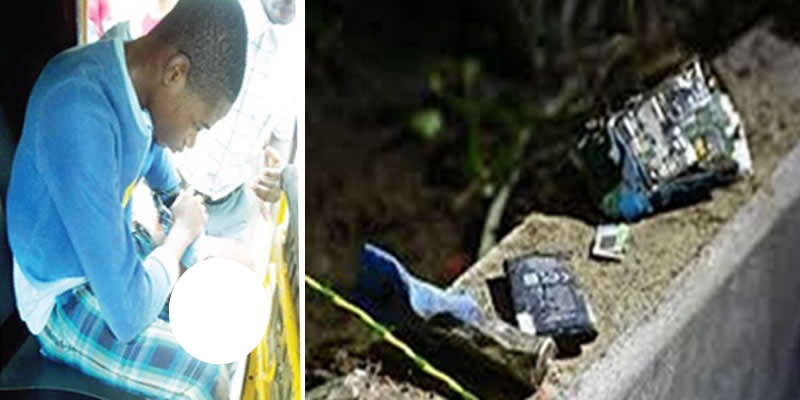 There was pandemonium in Abakaliki, the Ebonyi State capital, on Thursday, following an explosion that rocked Glory Land High School, Azugwu, shattering the left arm of an SS 2 student.

An object believed to be an Improvised Explosive Device (IED) went off and chopped off the left arm of the student identified simply as Chibuike during the school’s break hour, while some other students sustained various degrees of injuries.

The main victim was allegedly playing with the device when it exploded.

The incident occurred at 11 am yesterday and it caused serious confusion and panic within the school and its vicinity.

Sources said that Chibuike was rushed to the emergency unit of the Alex–Ekwueme Federal Teaching Hospital, Abakaliki while others with minor injuries were being treated around the area.

Some of the students confirmed the incident, adding that the main victim, Chibuike, was playing with the device when it exploded.

“I was in school when it exploded. I can’t tell what it was. But I saw Chibuike playing with the thing before it exploded. It is like he came to school with it. The thing chopped off his left hand. He has been taken to the hospital,” a student said.

Police spokesman, Loveth Odah, confirmed the incident, but said she was yet to get an official report from the DPO of Eke-Aba Police Station on the incident.

“The DPO has gone there, but he has not reported to us. So we are still waiting for him” Odah said.