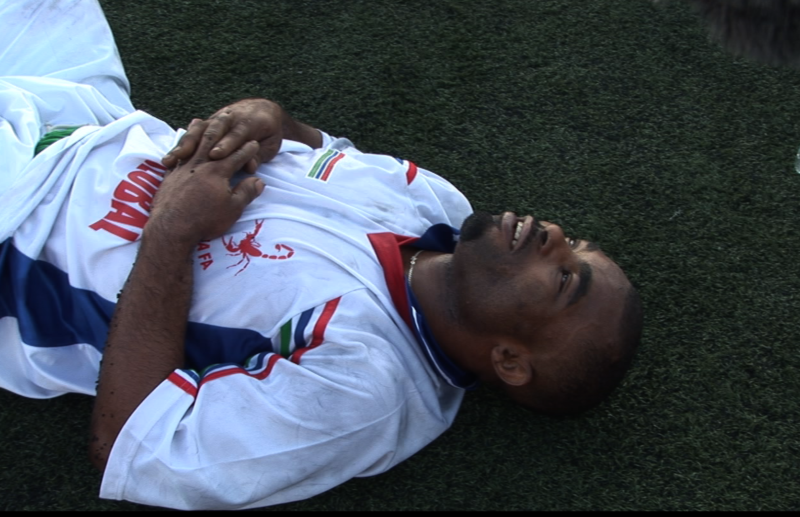 The family of Festus Okey, a Nigerian asylum seeker who was murdered at Istanbul’s Beyoğlu police station in 2007, will join the criminal proceedings after 13 years of a legal and bureaucratic struggle.

Okey was detained on Aug. 20, 2007 on charges of drug possession and was brought to the Beyoğlu police station. He was fatally shot by police officer Cengiz Yıldız after his interrogation.

Before his killing, Okey had told police officers that he was intending to apply for asylum to the U.N.’s refugee agency, which would give him temporary protection in Turkey.

It is understood that the first investigation report was prepared by the accused police officer Yıldız and Okey’s shirt covered in blood, which will prove the distance he was shot from, was lost in a hospital.

It took four years for the Beyoğlu 4th High Criminal Court to investigate and determine whether the deceased person was Okey.

It later emerged that a petition asking for a proof of Okey’s identity that was sent to Nigeria was sent to the wrong authority.

A second submission was rejected because the petition was in Arabic, not English.

After years of efforts, Okey’s lawyers had managed to contact his elder brother, Tochukwu Gameliah Ogu, who lives between Nigeria and South Africa.

The lawyers, who took over the representation of Tochukwu Gameliah Ogu, applied to the court to join the criminal proceedings.

Tochukwu Gameliah Ogu’s request to join the criminal proceedings had been rejected by the local court, saying it did not consider the DNA report as sufficient documentation to prove their family relationship.

In 2011, an Istanbul court sentenced Yildiz to four years and two months in jail over involuntary manslaughter. Yildiz, however, was never imprisoned and the decision was appealed.

Ocak and Cennetoğlu received a DNA sample and power of attorney from Okey’s mother, Love Ogu, and his brother. The DNA samples examined at the Forensic Medicine Institute matched those of Okey.

The Istanbul 21st High Criminal Court accepted the report of the Forensic Medicine Institute at the hearing on Jan. 15 and ruled that Okey’s mother and brother would join the criminal proceedings in the case.

The murder has drawn attention to the plight of illegalized migrants in Turkey, particularly from Africa who not only face huge precarity, but also generalized discrimination, including from the police.