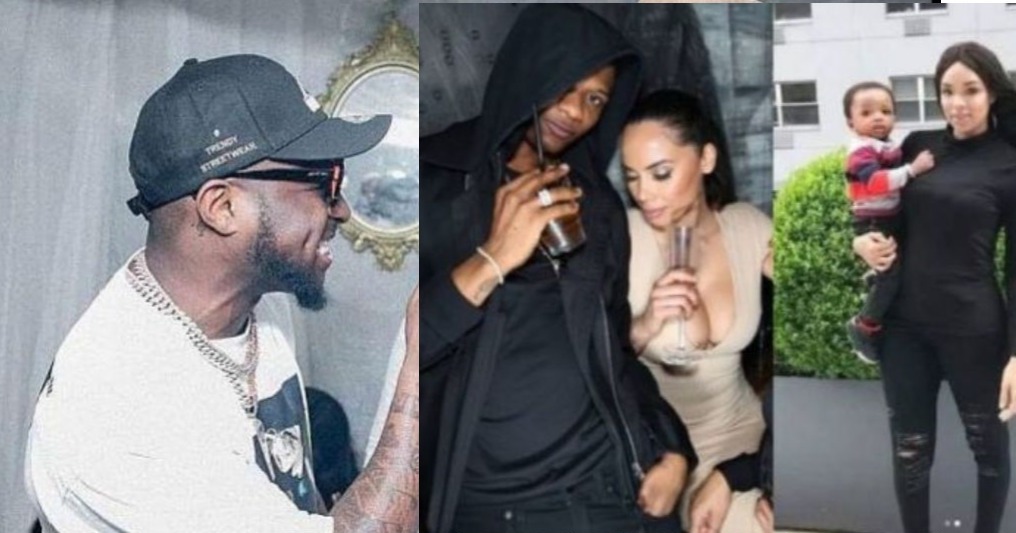 The rift between singer Ayo Balogun popularly known as Wizkid and his third baby mama and manager, Jada Pollock, took a new dimension on Wednesday as fans have abandoned the allegations against the afrobeat star to pick up a fight with Davido.

Pollock sparked social media reactions on Wednesday when she announced she is parting ways with the singer over allegations of domestic violence.

She had alleged that she had been in an abusive relationship with him for years. Covering up for him time and time again and she was tired.

As expected, Wizkid’s mob of fans on social media took to Twitter to defend the singer describing the accusations as unconfirmed and unfounded.

Then Davido irked the already tensed fans when he reportedly liked a comment on an Instagram post condemning Jada for always supporting Wizkid against his two other baby mamas. 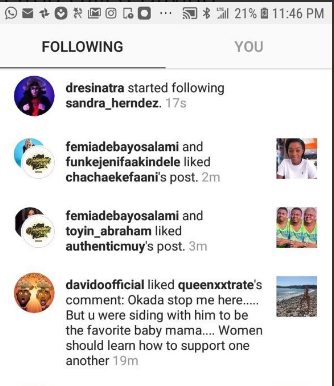 Davido’s action is gradually shifting attention away from the allegations of assault levelled against Wizkid as his fans are already dragging Davido and describing him as a hater who derives joy in negative reports about Wizkid.

Some fans of Davido are not letting it slide too as they have also taken to the micro-blogging site to lambaste Wizkid’s fans, telling them to address the domestic violence allegations and stop using the DMW boss to divert attention from the action of their hero.

This Jada Pollock case is serious, but somehow people ignore her cry and choose to call out Davido over a comment he liked, ignoring the fact that a woman is suffering psychologically and emotionally and needs helps.
What a society! pic.twitter.com/CXv4lQ8i8x

Dear wizkid fans, take a moment and pretend to be wise, davido’s pettiness has nothing to do with jada’s accusations… Followup the right case and hope for the best, stop going off track its senseless and baffling pic.twitter.com/l1uF28hEve

Peep Davido liking a post that berates Wizkid And Jada on instagram. This is terrible. Why does Davido support anything that’s bad about Wiz all the time? It’s shameful pic.twitter.com/cpoRYj9nPp

Too my own view of this issue, I think Jada messed up, you be been flaunting around saying you’re his favourite baby mama, why coming out now to is sat #wizkid is a woman beater? I think that’s what #davido meant. pic.twitter.com/2PkZzf8Su6

Wizkid is beating JADA, but what you are concerned about is that davido like a comment.
Are your brain cells not dead?

Davido is so petty sha.

As soon a the news broke, he ran to Jada P’s page and started liking comments berating Wizkid. This is not cool, Davido needs to do better pic.twitter.com/9gXtwuNHAZ

So Davido went to Jada p page to check comment,nigga is always childish

So, it’s no longer about wizkid, y’all now want to tell Davido what to like and what not to? Make una just get sense. Y’all mcm is a woman beater, that is the topic!!

Wizkid beat someone up… You people are bashing Davido

This Naija Twitter needs cleansing. So many pained I sì visuals on this street. #BBNaija

It’s obvious y’all don’t hate the act … y’all hate the perpetrator.. if Davido was the culprit … there will be a meltdown on here ..

Lol trust wizkid fans to change the topic to Davido liking a post about it.

But lowkey, you cant come and just say someone beat you na

With nothing else other than that…

Jada said she was in abusive relationship with wizkid.

Then Wizkid fans are talking about Davido liking a comment.🙄

When will wizkid fans have sense?🙄

Is that the issue on ground? pic.twitter.com/MzsNaWTmKf

Don’t make this about Davido bruh .. Deal with Wizkid he’s the one in the wrong whatever @iam_Davido chooses to do with his Instagram page .. it’s his business …

Why do you people always do this. You conveniently ignored the main issue at hand just to be petty about the comments Davido liked.

You guys can have sense while being a fan

Face the real problem and leave Davido out of this, even if it’s real Davido’s account which it’s not, Davido doesn’t support bad deeds

Are y’all not insane?

Focus your energy on your woman beater… Use the same energy you used dragging Pastor Abiodun to drag Wizkid….

The comment he liked even supports wizkid, if you read it again you will see that, meanwhile y’all really need to stop making it about wizkid and Davido, this is about wizkid hitting his baby mama 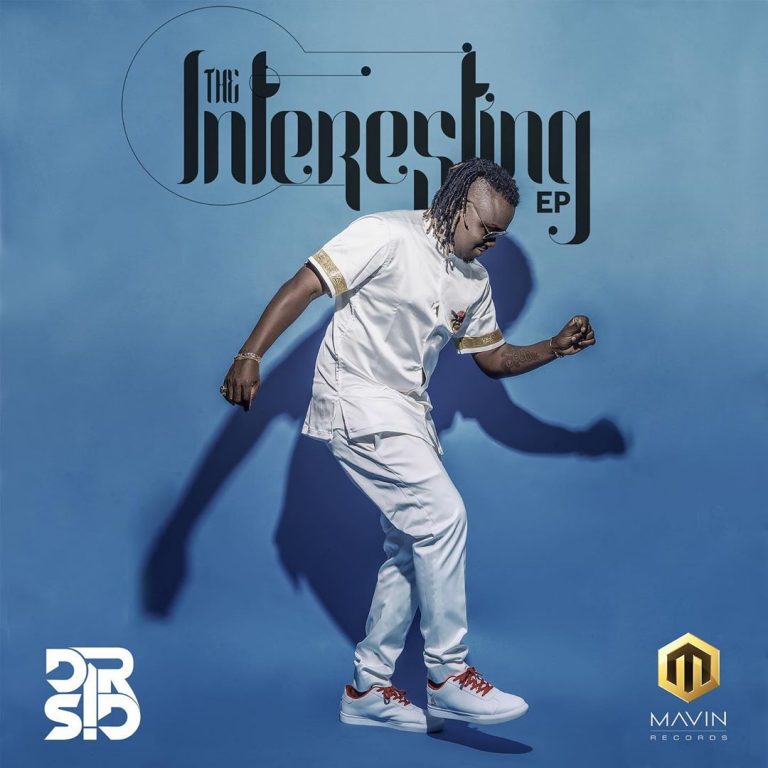 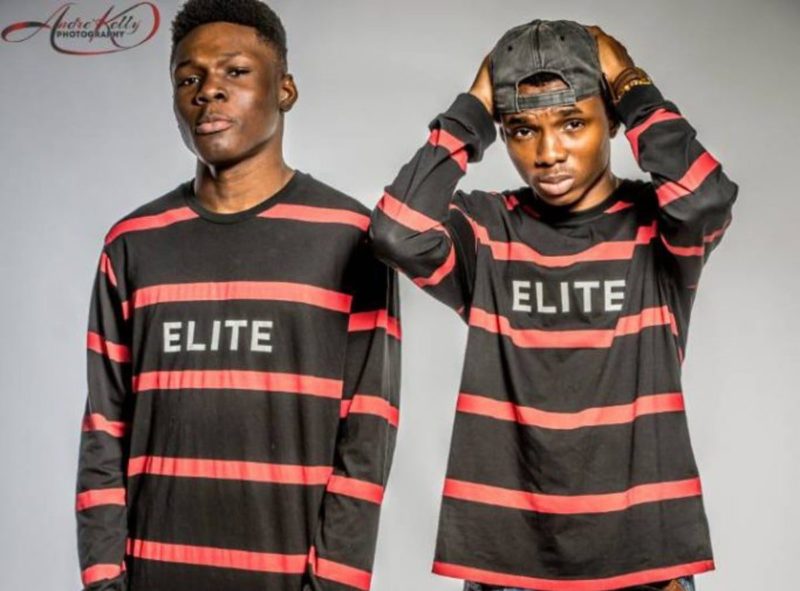 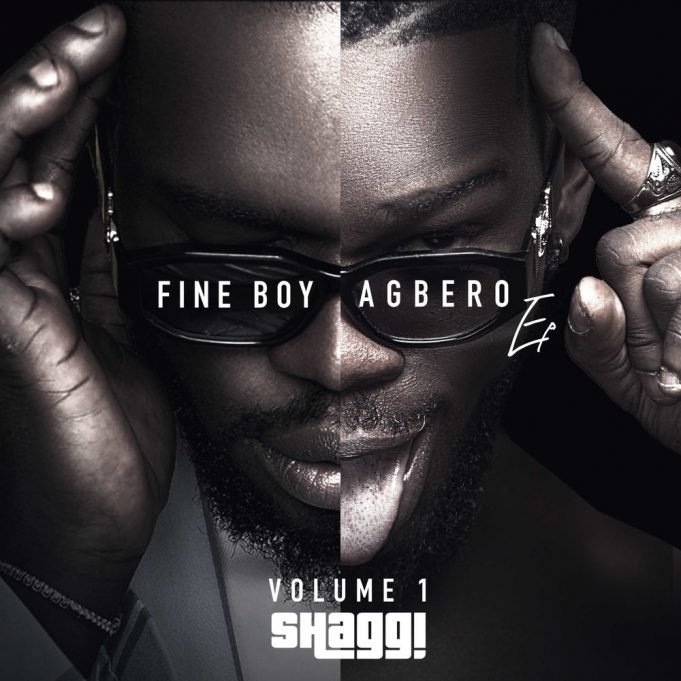