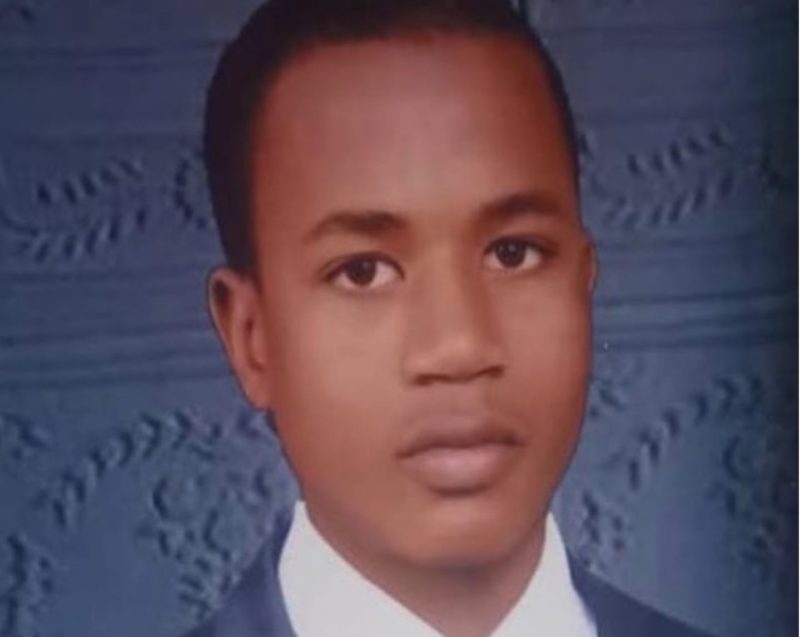 A 26-year-old man, Abdulkadir Nasiru, was reportedly beaten to death by the police in Kano State right in the presence of his father, Nasiru Madobi.

According to Daily Nigerian, Abdulkadir’s father had taken him to the Madobi Police Station for questioning after policemen stormed his residence over a case of neighbourhood gang fight case.

As a law-abiding citizen, when his son returned home Madobi voluntarily took him to the police station for interrogation.

“A quarrel ensued when a policeman started slapping and beating him in my presence after an argument. When another officer joined the quarrel to beat him, he started retaliating,” he said.

According to the father, three more policemen soon took sticks to beat his son to a pulp.

“The situation made me leave the police station immediately as I could not stand the pain of seeing my son being beaten on a simple matter that can be resolved among parents,” he said.

Crying profusely, Mr Madobi added that when he reached home he sent the elder brother of the deceased to plead with the police.

The elder brother to the deceased, Ahmed Nasir, said the policemen ignored his pleas and kept beating his brother until he fell down unconscious with his mouth foaming.

According to him, he had to pay N8,000 before police allowed him to carry his unconscious brother to the hospital, where he was declared dead by doctors.

Meanwhile, the Emir of Karaye in Kano State, Alhaji Ibrahim Abubakar II, has called for proper investigation into the death of Abdulkadir.

Information Officer of the Karaye Local Government/Emirate Council, Alhaji Haruna Gunduwawa, who made the disclosure in a statement made available to newsmen said the Emir made the call after receiving a report of the incident from the father of the deceased, Malam Nasiru Madobi, and the District Head of Madobi in his palace.

He called on the Commissioner of Police in the state to ensure proper investigation into the alleged torture and killing of Abdulkadir by some police officers in the Madobi Division.