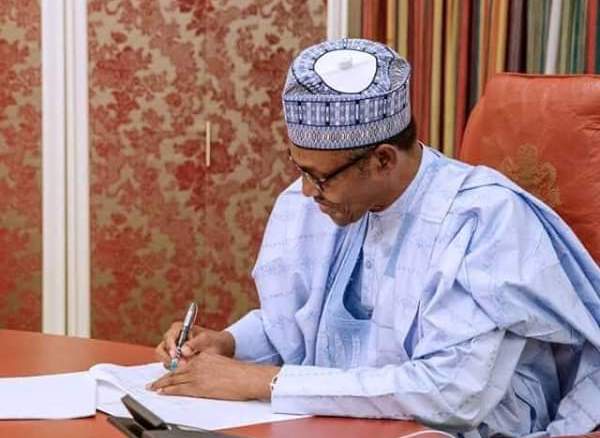 The Federal Government of Nigeria (FG) has announced Monday, June 8, 2020, the official resumption date for Universities, polytechnics, and other schools.

This was disclosed by Boss Mustapha, the Secretary to the Government of the Federation, and Chairman of the Presidential Task Force on COVID-19, he assured and raised the hope Nigeria students and the general public when he stated that President Muhammadu Buhari will open up all financial Institutions, schools and also spiritual houses after this second stage of lockdown which will end June 1 and activities will begin normal on 8 June 2020.

Boss Mustapha, the Secretary to the Government of the Federation, and Chairman of the Presidential Task Force on COVID-19 have stated that President Muhammadu Buhari will open up all financial Institutions, schools and also spiritual houses after this second stage of lockdown if they adopt the new strategies under the COVID-19 era in line with the guidelines. 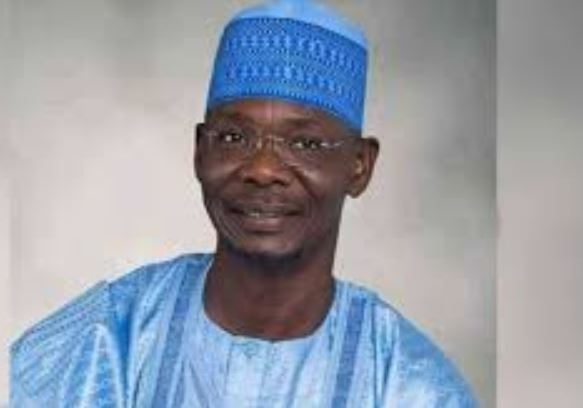 Nasarawa State Governor, Abdullahi Sule, has said that he is not threatened about being re-elected in 2023.

To mark his first anniversary in office, the governor said he was grateful to God for giving him a four-year mandate; a period he deems long enough for him to contribute his quota to the development of the state, The Nation reports.

The governor, who was responding to a question on the speculation around the state that the people might not be ready to re-elect him in 2023, said he was ready to return to the US or Saudi Arabia to enjoy his life after his four-year mandate.

“one thing I have never been threatened about in life is my second term as governor. Let me tell you, in 1998, while working in the US, I felt I was bored. I took my early retirement package from an oil company, I went and set up our small company and we were running our business.

“I thought that was it. I never knew I was going to return to Nigeria as a whole, not to talk of coming to Nigeria to set up a company and become MD African Petroleum and later become GMD in Dangote company.

“That was even when I started enjoying life; not today.

“So I went through all these as extra to me in life; things I never thought would happen, but because God has blessed me that it will happen and it actually happened.

“Then out of the blues, from nowhere, I’m now a governor, and somebody is saying one term, and then I will cry, sleep and die? To hell with him!

“One term, yes, it’s fine. That is how I look at it. One term is good enough.

“Almighty Allah, I thank you very much for giving me one term.

“If I do one term, walahi talahi, walahi talahi, I will go and retire either in America or in Saudi Arabia and live my life peacefully. And I know that no EFCC will call me, because I am not stealing government’s money.

“So one term, then so what? To hell with one term!

“Let me tell you, I’m happy to take it, so I will never have sleeping problem because somebody says one term.

“I never and I think I will never have a problem,” he said. 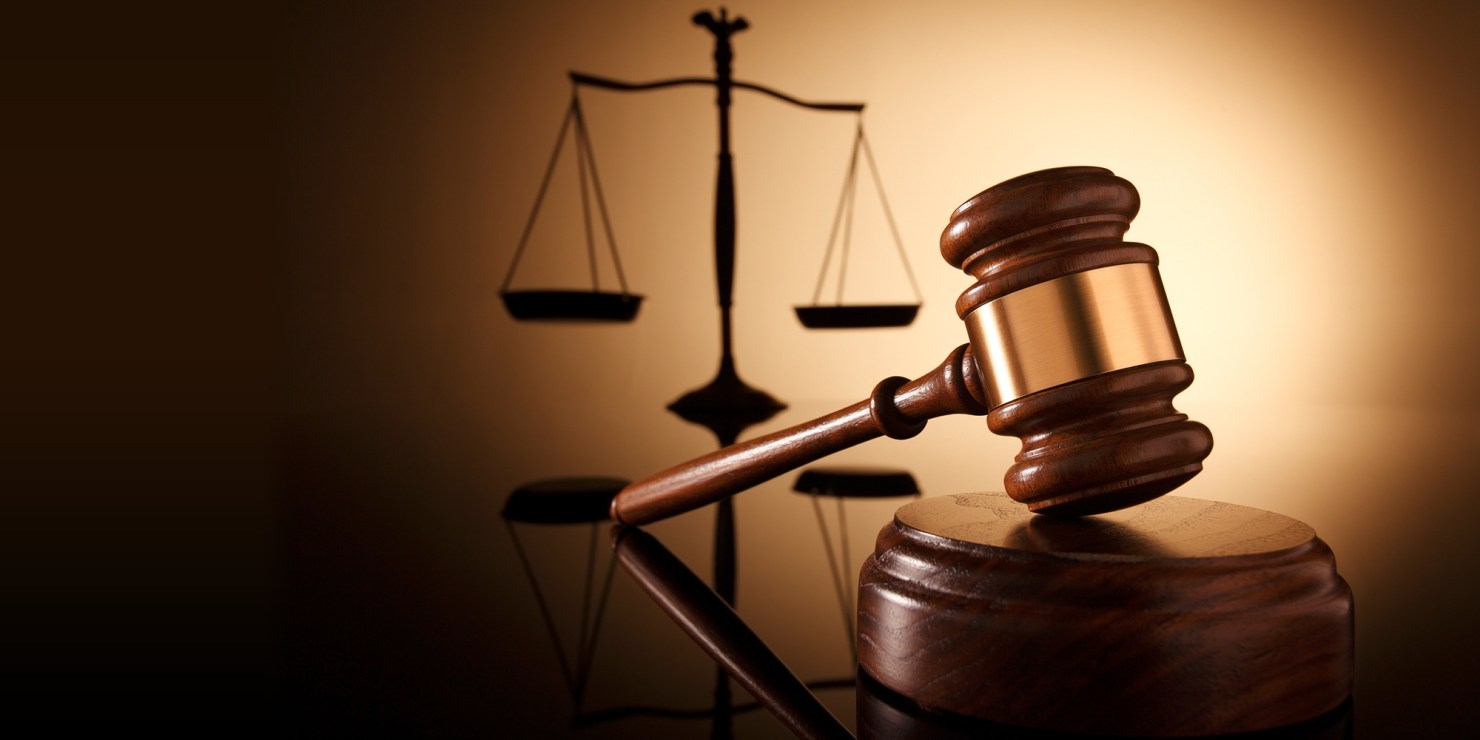 An Ilorin based legal practitioner, Mr. Adeola Omotunde, has advocated the amendment of the law on rape and defilement of minors in the face of rampant cases of rape in the society.

Omotunde made the appeal on Saturday in Ilorin while speaking with the Newsmen.

According to him, now that the cases of rape are increasing, the law guarding it has to be amended to make it more stringent or to serve as a deterrent to discourage the perpetrators.

He said that the Nigerian law was sufficient to fight the menace of rape, but the law would need to be strengthened and the punishment increased to curb the act in the society.

“The law guarding the rape cases were enacted many years ago by the colonial inheritance but recently the cases are rampant; the law has to be amended

“The level of awareness is not enough because we have a large number of people in Nigeria who are illiterate.

“Somebody who is illiterate cannot understand anything we are saying in the newspaper and television; some of them don’t even have radios at home.

“The awareness campaign should be taken to the Mosques and Churches in their communities and religious leaders should preach that rape is an offense against humanity and God,’’ the lawyer said.

He identified some of the factors responsible for the rising cases of rape as culture, religion and indecent dressing among ladies.

Omotunde said that other factors are the intake of hard drugs, alcohol and Indian hemp.

He said that if people are under the influence of drugs, they lacked the capacity to control themselves and eventually tend to rape ladies/minors or even their own children.

He added that because victims seldom speak out due to fear of social stigma, this encourages the perpetrators to go on committing similar offenses. 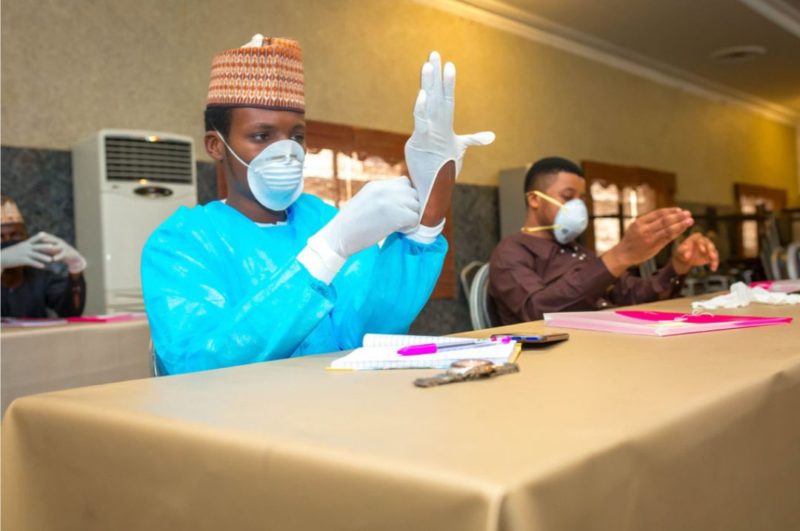 Two relatives of an earlier confirmed case from Ikire, Osun State have tested positive to coronavirus.

Osun State Government in a statement signed by the Commissioner for Health, Dr Rafiu Isamotu, on Friday said the new cases have increased a number of active cases in the state to nine.

He added that the total number of confirmed cases in the state remains 49, while Osun had successfully treated and discharged 36 patients.

The state had also recorded four deaths related to the disease.

“We have recorded two new cases bringing the number of active cases in the state to nine. The two patients are relatives of a patient from Ikire, Irewole local government area of the state.

“As of today, we have recorded a total of 49 confirmed cases out of which 36 patients had been successfully treated and subsequently discharged from our facilities, leaving us with nine active cases”, Isamotu disclosed.