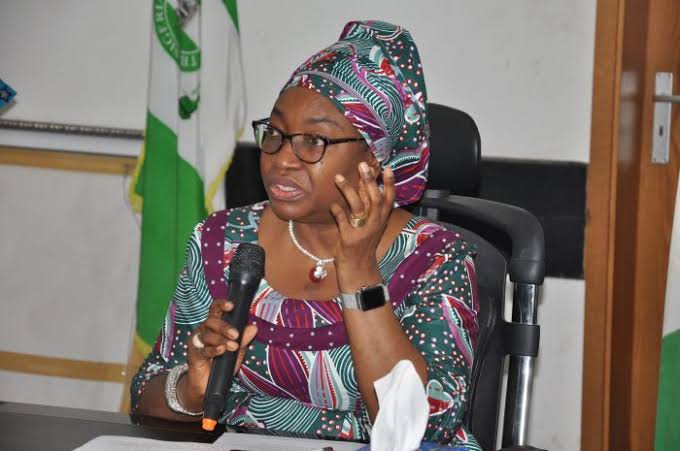 The Acting Head of the Civil Service of the Federation, Folashade Yemi-Esan, on Monday said that the Federal Government had activated a new process aimed at eliminating those who were collecting salaries without certificates or letters of appointment from the government.

Yemi-Esan unfolded the plan in the keynote address she delivered at the opening ceremony of the pilot induction programme for the 700 newly recruited officers on grade level 07 to10, which was held in Abuja.

The Ag HCSF also warned the new recruits against taking for granted the job security in the civil service, noting that such an attitude to work would hinder their progress on the job.

She said: “For years, we have been trying to activate the Human Resource Module of the Integrated Personnel and Payroll Information System in the public service. But we are bringing five more ministries (Finance, Budget and National Planning, Aviation, Transport, Petroleum Resources and Science and Technology) on board in addition to the Head of the Civil Service. What this means is that everything administrative concerning civil servants will be done on the HR Module.

“Once that is activated, it will help eliminate a lot of ghost workers; people that do not have certificates or letters of appointment but are claiming to be civil servants.

“Following President Muhammadu Buhari’s directive, we have commenced the process for the complete implementation of the HR Module of the IPPIS. The module is also designed to improve efficiency in the payroll system as well as enhance data integrity and consolidate staff records and management. With the steady transformation of the service to operate a more productive system, change is inevitable.”

While addressing the new workers on work ethics, Yemi-Esan said that the induction was last held in 2013, noting that its resuscitation would among other advantages save time and resources, improve operational efficiency and promote good organisational communication. She also urged them to seek clarification in the course of duties.

She added: “It is commonly adduced that there is job security in the Civil Service and as such things can be taken for granted. I wish to warn that such attitude or approach to work will only prevent an officer from attaining his or her maximum potential. If you have been abreast of developments in our contemporary public service, you will appreciate that the various reforms being introduced to transform the service are systematically taking root.

“The induction programme signifies the commitment of the Federal Government to drive the vision of building a modern public service that provides world-class services for sustainable national development to a whole new level.”

Yemi-Esan regretted that in the past, training programmes for civil servants were bereft of structure and target describing it as a major challenge.

She noted: “Training activities across Ministries, Departments and Agencies of government have hitherto been carried out haphazardly, without considering the actual competencies lacking in the service. In most cases, training programmes are considered as welfare for staff rather than for capacity development.”