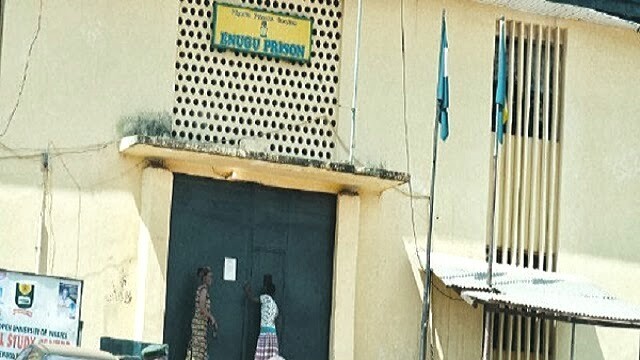 The visitor was said to be attempting to smuggle illegal substance into the centre.

The Command’s Deputy Superintendent of Corrections (DSC) Musbahu Lawan, who disclosed this in a statement in Abuja on Friday, said the substance was suspected to be Diazepam tablets.

Lawan said that the 20-year-old suspect from Hotoro Quarters, Nassarawa Local Government Area of Kano State was intercepted with drugs worth N300,000 while attempting to smuggle it into the MSCC.

He said that the substance was concealed in a soup that was meant for an awaiting trial inmate of centre.

The DSC said that Yusuf was apprehended at the custodial gate for a routine search while bringing in food for the said inmate.

“She later confessed that the items were given to her by unknown person for onward delivery to the awaiting trial inmate,” he said.

Lawan said she had since been handed over to the personnel of the National Drug Law Enforcement Agency (NDLEA) for further investigation.

The Deputy Controller of Corrections (DCC) in charge of the facility, Ibrahim Idris, said the illicit drugs would have affected the inmates mental, moral and physical well-being if it entered the facility.

Also the Controller of Corrections, Kano state Command, Magaji Abdullah, expressed his happiness over the discovery of the illicit drugs.

Abdullah advised officers and men of the command to redouble their efforts in ridding the correctional centre of illicit items.

Boy, 13, loses hands after stepmom, native doctor burned them over claims he slept with her in a dream [Photos]
Lagos pastor, sister buy stolen eight-month-old baby for N235,000