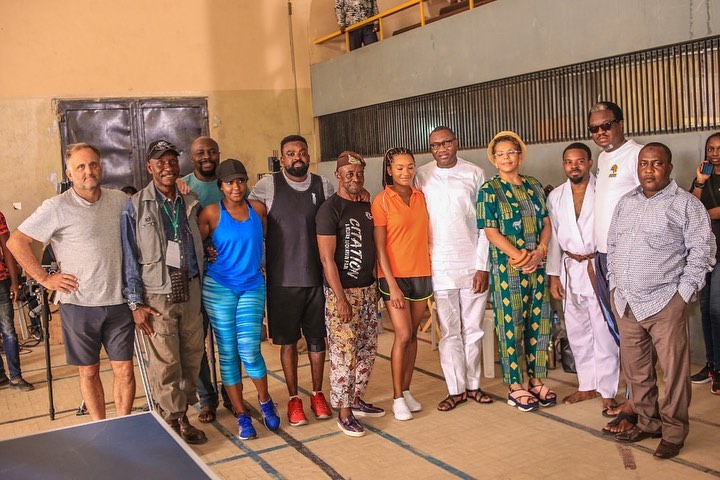 Nigerian billionaire businessman and philanthropist, Femi Otedola, and his wife, Nana, on Sunday, stormed the movie set of Kunle Afolayan’s Citation to support their daughter, Temi.

WuzupNigeria reports that Temi is making her acting debut in the world of big screens.

Kunle, in a post on Instagram on Monday, said the crew was surprised to have Otedola and his wife on set.

“Yesterday, we were surprised to have received a special guest on the set of #citationthemovie Egbon Femi @femiotedola came through with Mrs Nana to experience how the magic of movie-making is done and also to support their daughter Temi,” he said. 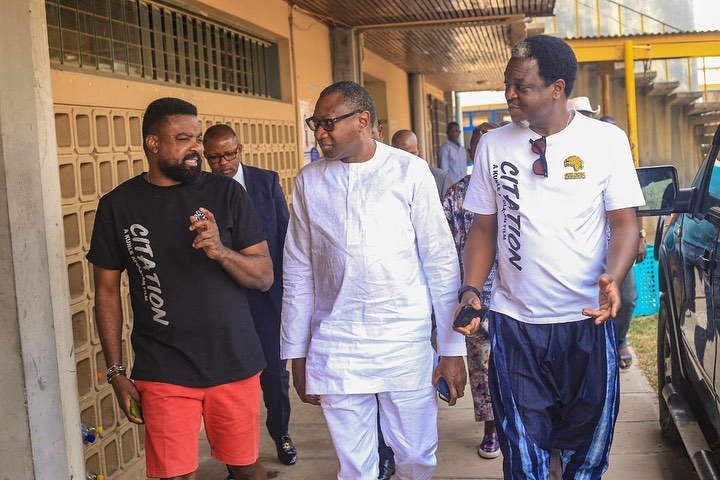 Legendary cinematographer, Tunde Kelani, was also on the set of the movie and is seen in pictures discussing with Otedola and the movie crew in the new caravan purchased Kunle’s Golden Effects Pictures.

“We shared very insightful and interesting moment with my papa Tunde Kelani. Thank you sir for the words of encouragement and supports,” Kunle added.

Temi plays the lead character of ‘Moremi’ in Citation and enjoys a bond with Joke Silva.

The fashion enthusiast shared a video on Instastories of the moment she was given a surprise visit by her parents.

“My parents came to surprise me on location for #CitationTheMovie,” she said.

Kunle had on January 21 announced that his company had purchased a caravan, otherwise known as RV and motor home.

The van has a flat-screen TV, a living area, dining area, kitchen, fridge, bedroom, cooker, wardrobe, bathroom, toilet among others. 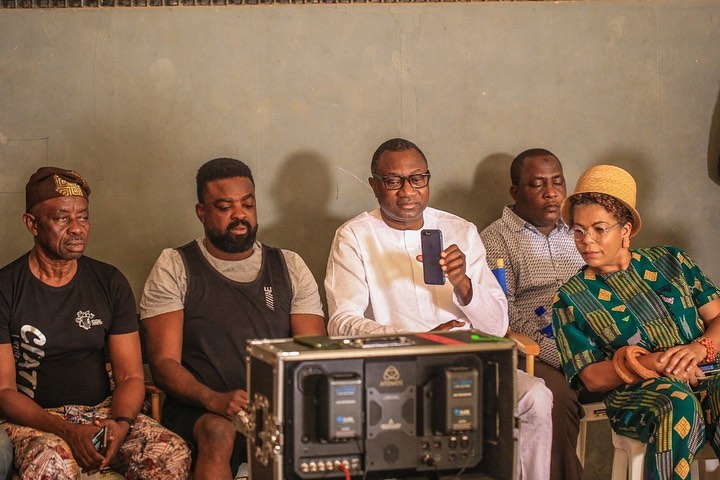 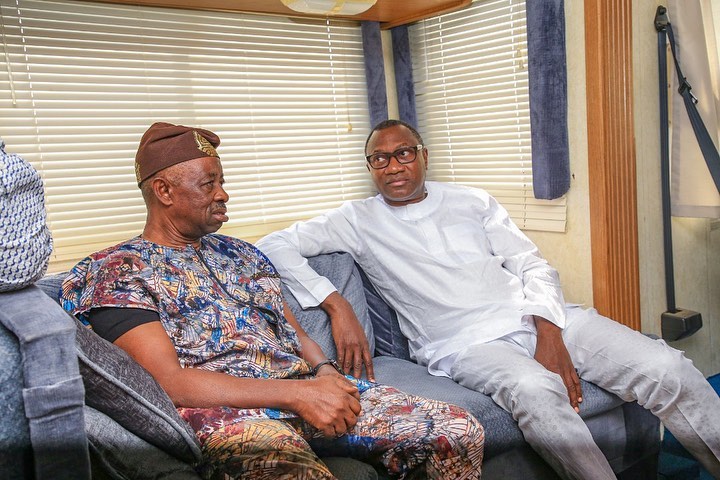 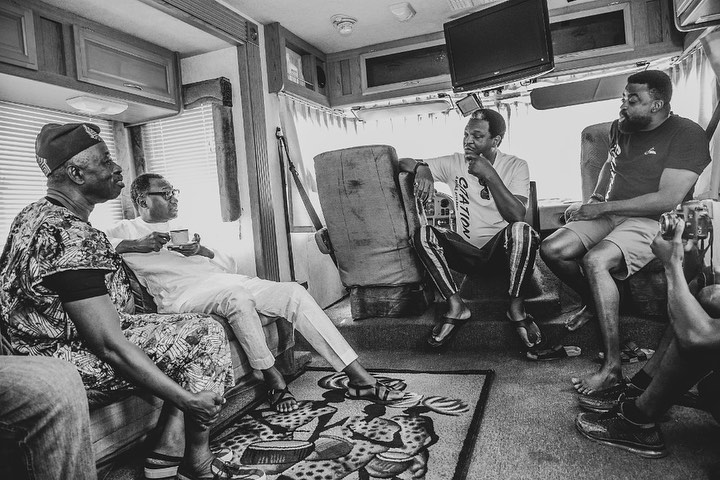 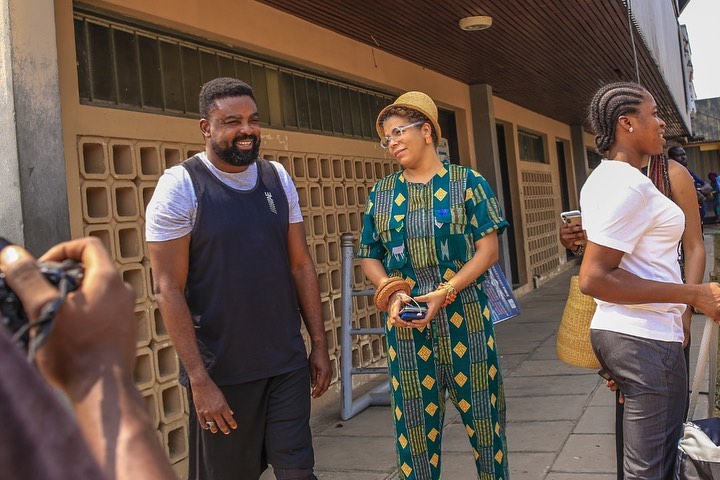 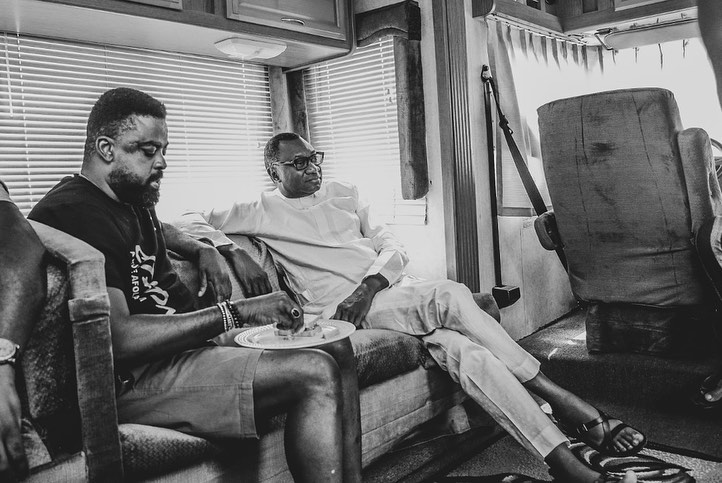 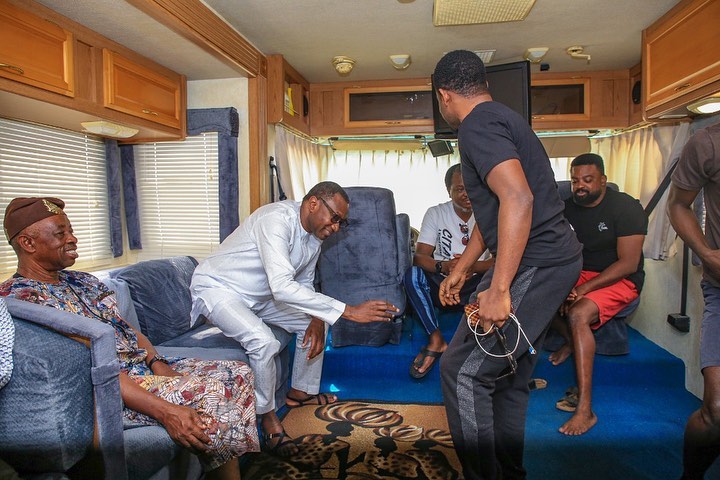 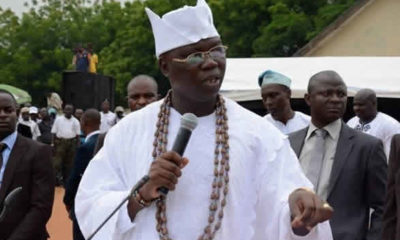 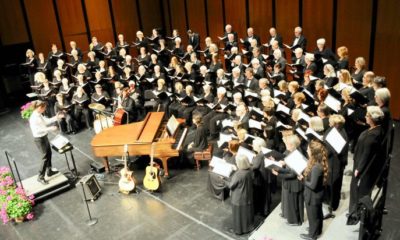 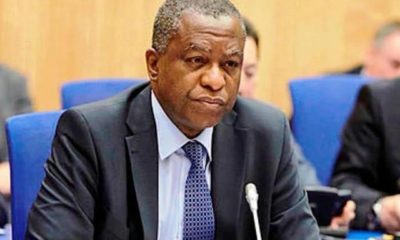 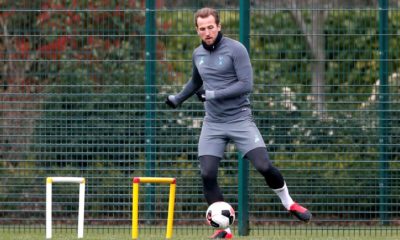