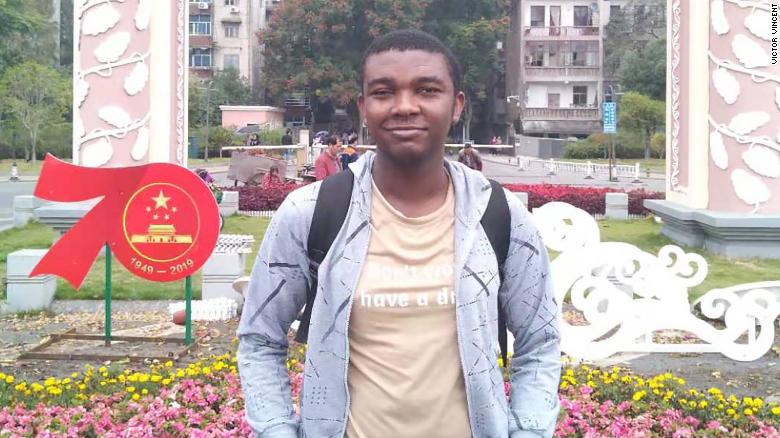 Some Nigerian students in Wuhan the epicenter of the coronavirus outbreak in China have accused the Federal Government of abandoning them while other countries are evacuating their citizens.

The city has gone into lockdown three weeks ago leading to the evacuation of many international students by their government.

Speaking to CNN, one of the students Victor Vincent who is studying at the China University of Geosciences said watching other students leave

Vincent is one of around 50 Nigerian students living in Wuhan who say they’ve been abandoned by the Nigerian government as their repeated pleas for evacuation and medical supplies has been largely ignored by government officials.

The students say they, along with over a dozen other Nigerian teachers and businesspeople living in Hubei province, have repeatedly written and called Nigerian government officials requesting assistance. But they say very little has been forthcoming in return.

With the virus death toll now topping 1,000, several countries — including the United States, the UK and Japan — are working to evacuate their citizens from Wuhan. Nigeria is yet to take such a step.

Vincent, who is an executive of the Nigerian Students in Wuhan Association, said the group had asked the government for evacuation and medical supplies, such as masks, goggles, gloves and disinfectant.

There was a glimmer of hope last Thursday when Vincent, who is also the student association’s financial secretary, received a grant of 20,000 Chinese yuan ($2,870) from the Nigerian ambassador to China.

The money was provided to “assist us in procuring foodstuffs and medical supplies,” Vincent said.

“Other than that, the situation remains the same. We still have no clear indication on when we are getting evacuation, where we will be quarantined or even if that will happen at all.

“As each day passes, the chances of evacuation slip by,” said the student who has been studying in Wuhan since September 2018. “It’s the total lack of support and sense of abandonment by your country.”

CNN reached out to the Ministry of Foreign Affairs and to the Nigerian embassy in Beijing, but has not received a response.

“This will be handled by the Minister of Foreign Affairs. He has to give further instructions in this regard. This is strictly a country-to-country matter. He has to take the decision.”

Recall that members of the House of Representatives last Tuesday rejected a motion calling for the evacuation of Nigerians in Wuhan over fears of contacting the deadly coronavirus.

One of the lawmakers, Ben Kalu, had sought the permission of the House to move a motion of urgent public importance on the need to evacuate Nigerians from the city.

Speaker Femi Gbajabiamila made attempts to ensure the motion was moved by Kalu but members moved against it as the Chamber became rowdy.

Deputy House Leader, however, sought to withdraw the motion in view of the stand of the members.

The Speaker appealed for the motion to be moved but members rejected the motion, insisting that China has better facilities to take care of the virus. 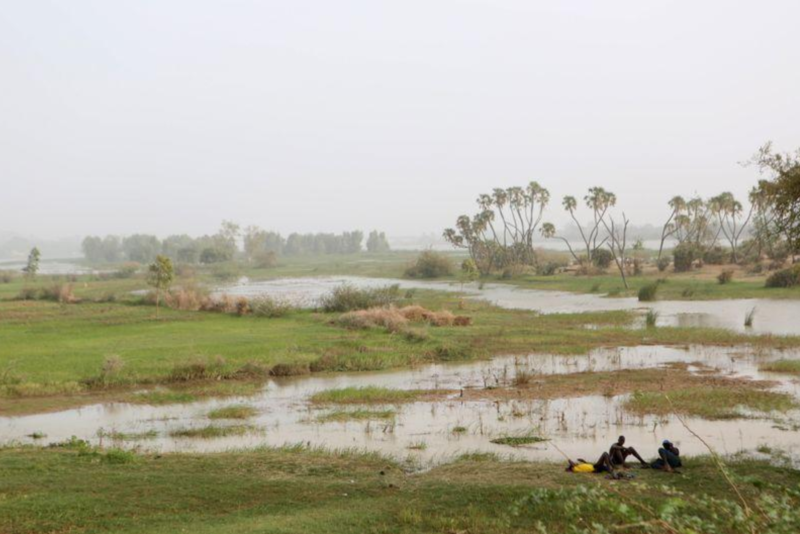 Gunmen on motorcycles killed six French aid workers, a Nigerien guide and a driver in a wildlife park in Niger on Sunday, officials said.

The group was attacked in a giraffe reserve just 65 km (40 miles) from the West African country’s capital Niamey, the governor of Tillaberi region, Tidjani Ibrahim Katiella, told Reuters. “They were intercepted and killed,” he said.

No one immediately claimed responsibility for the assault. But France and other countries have warned people against travelling to parts of Niger where militants including Boko Haram and an affiliate of Islamic State operate.

French President Emmanuel Macron’s office confirmed that French nationals had been killed in Niger. It said Macron spoke on the phone with Niger’s President Mahamadou Issoufou, but provided no further details.

The Association of Koure Giraffe Reserve Guides issued a statement describing the attackers as a “unit of terrorists” and saying the dead included its president, Kadri Abdou.

France’s TF1 television channel broadcast images that it said were taken from the scene showing the burnt-out remains of a 4×4 vehicle with bullet holes in the side.

The reserve southeast of the capital is a popular attraction in Niger, a huge country that borders seven states in an unstable region including Libya, Mali, Chad, Algeria and Nigeria.

Militants linked to Islamic State killed four U.S. soldiers in an ambush in Niger near the border with Mali in Oct. 2017, an attack that increased scrutiny of U.S. counter-terrorism operations there.

France, a former colonial power in the region, also launched a coalition of West African and European allies in June to fight Islamist militants in the Sahel region that includes Niger.

It has deployed thousands of troops in the arid region south of the Sahara desert since 2013. But militant violence has been on the rise.

Mrs Diezani Alison-Madueke said this at the weekend while delivering a lecture at a virtual event organised by the Ijaw National Development Group.

“The ones that have swag, the Yahoo Yahoo boys as my son would say; these in short, are the role models they are looking at. These are the ones that reinforce negative societal norms and values”.

Diezani said there are no shortcuts to progressing in life, adding that only hard work could guarantee success.

“It affects not only our homes and our cultural and traditional values and structure but it permeates the very strength of our regional economy as well.

“The consistent hard work and mental vigour needed to build a solid regional economic base in the Niger Delta becomes completely eroded,” she stated.