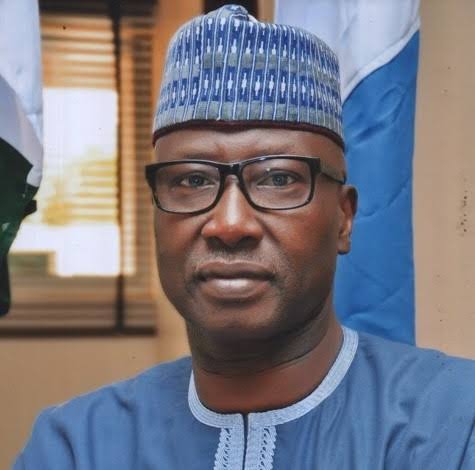 Mr Boss Mustapha, Secretary to the Government of the Federation (SGF), has said the Federal Government will soon mandate public broadcasting outfits to pay special attention to issues that concern people living with disabilities.

Mustapha, who spoke on Friday, in Abuja, added that the government had directed the humanitarian ministry to work with the women affairs ministry towards prioritizing issues affecting people living disabilities.

The SGF spoke at the First Disability Champions Award Night organised by the Centre for Citizens with Disabilities (CCD), where he was represented by Mr Olusegun Adekunle, Permanent Secretary, General Service Office.

The award night was organised after a week-long experience sharing forum with the media, diplomatic communities, committees of the National Assembly, Organisations of Persons with Disabilities (OPDs), and Ministries Departments and Agencies (MDAs).

The activity was among many others lined up to commemorate the first year anniversary of the passage of the Discrimination Against Persons with Disabilities Prohibitions Act 2018.

Mustapha said that in line with the provisions of the act, underground works were being done to translate the act into a reality.

“The Ministry of Humanitarian Affairs and Social Development has been created and will work in conjunction with whatever the Ministry of Women Affairs is doing now to deal with matters relating to Persons with Disabilities (PWDs).

“These efforts underscore the seriousness with which the government desires to address the issues pertaining to PWDs,” he said.

Mustapha said that the act had been signed and the government was working on processes that would translate the act into a reality.

Mr David Anyaele, Executive Director of CCD, in his remarks, said that the group and no fewer than 25 million Nigerians were anticipating the establishment of the National Disability Commission and the full implementation of the law.

Anyaele said that the disability champions award was to recognise and celebrate those who worked tirelessly during the 18 years struggle that led to the successful passage and enactment of the national disability law.

“It wasn’t only CCD that fought to secure the national disability law.

“We had individuals, institutions and organisations that worked tirelessly for the successful passage and assent to the law.

“From the media to Ministries, Departments and Agencies (MDAs), Organisations of Persons with Disability(OPDs) Commissioners, Senators, and other private individuals. Everyone placed very crucial roles.

“So, we are here to recognise and celebrate them and their efforts and to urge them not to relent until the law is translated from paper works into reality,” he said.

Recognised were TVC broadcasting station, News Agency of Nigeria  and other television stations who received awards for excellent reportage as individual institutions.

Anyaele appealed to all disability champion awardees to secure the buy-in and the political will of other reporters and media platforms to further boost sensitisation and awareness on the law, its content and applicability.

Harry and Meghan drop HRH titles, to stop receiving public funds
How my waist beads saved me from being raped in Lebanon – Gloria Bright