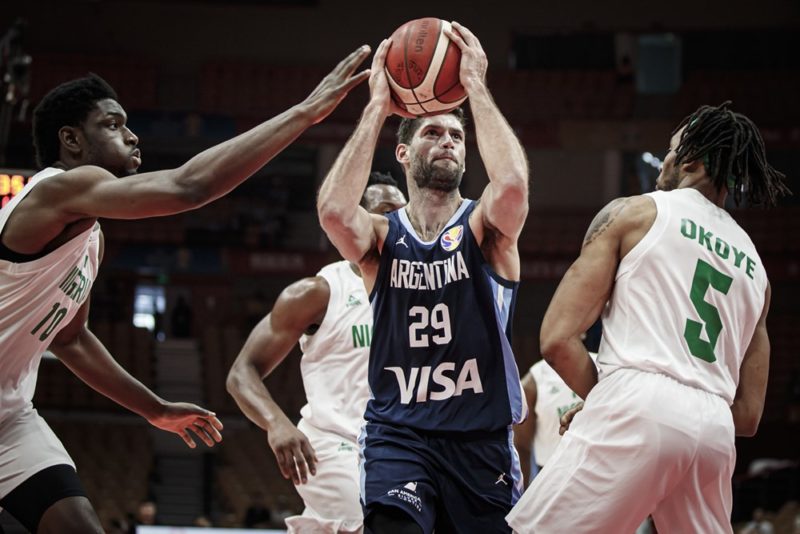 Nigeria’s D’Tigers lost 81-94 to Argentina on Monday in their second Group B game at the ongoing FIBA Men’s Basketball World Cup in China.

The defeat was Nigeria’s second consecutive loss at the tournament, having lost the opening game 77-82 to Russia on Saturday.

D’Tigers, being debutants at the event, were hoping to outclass the number five ranked Argentines at the Wuhan Sports Centre to move to the second round.

The first quarter, however, ended in favour of the South Americans 28-17, while a resilient side captained by Ike Diogu pushed on to make a comeback and they led 36-35 in the second quarter.

The experience of Argentina’s Luis Scola came to the fore, as the team took an 11-point lead at the end of the third quarter, to finish victorious with 94 points.

MORE READING!  Speed Darlington can't hide his excitement as he gets to kiss Nadia Buhari on movie set (Video)

Scola, however, made history at the end of the game, climbing to second place in the all-time FIBA World Cup scoring list with 611 career points.

Argentina have now booked a spot in the second round after two wins against South Korea and Nigeria.

Nigeria will face South Korea on Wednesday in their third group stage match at the competition which holds from Aug. 31 to Sept. 15 in China.

MORE READING!  Daddy Showkey shows off the full length of his hair and it's incredible (Photo)