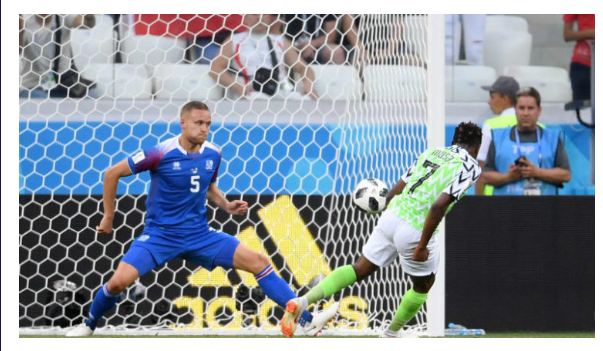 A total of 169 goals were scored at the 2018 World Cup, but only 18 from that pool were shortlisted for the top award.

Musa who was arguably Nigeria’s best player at the tournament, had his second goal against Iceland in the group stage of the Mundial, alongside 17 others, selected.

Leading the line are the two goals scored by Russia midfielder, Denis Cheryshev and one from his teammate striker Artem Dzyuba.

The voting for the Best Goal in Russia 2018 will be open until July 23 on FIFA’s official website.

The other contenders to win the Goal of the Tournament title are below: