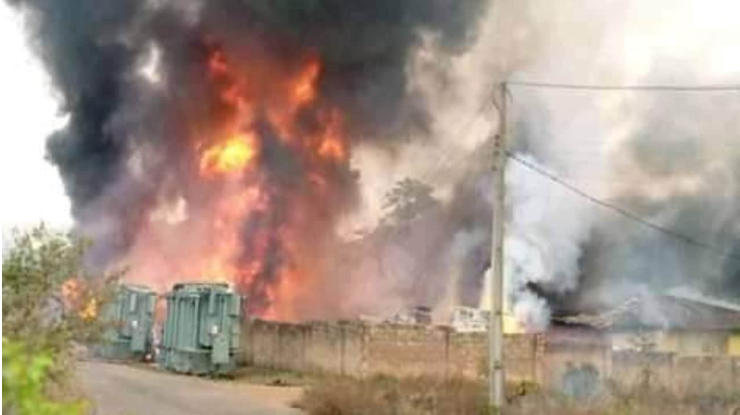 A multi-million naira power plant abandoned by the Federal Government in Oke-Agbe, Akoko North-West Local Government Area of Ondo State has been razed by fire.

While the cause of the fire is still unknown, it was gathered that the neglected facility was constructed to improve power supply in the Ondo North Senatorial district, as well as parts of Ekiti and Kogi States.

The Maura Power plant, Oke-Agbe was said to have been established by the administration of former Goodluck Jonathan.

An eyewitness said the fire destroyed the entire power plant and there was no effort to put it out following the absence of the men of the Ondo State Fire Service.

“We just saw he place burning suddenly and we don’t know what could have caused it and the fire fighters were not on ground to put out the fire because they are not in this local government,” the source said.

Another source said the fire might have been caused by bush burning in that area.

According to a community leader, Chief Owolabi Abanikanda, “Oke-Agbe is in sorrowful mood over the colossal loss of the multi-million naira electricity equipment to the unfortunate fire.”

Speaking on the development, the Police Public Relations Officer, PPRO in the state, CSP Femi Joseph who also confirmed the incident and said that investigation had begun.

“We are yet to know the cause of the fire but we have commenced investigation,” he said.