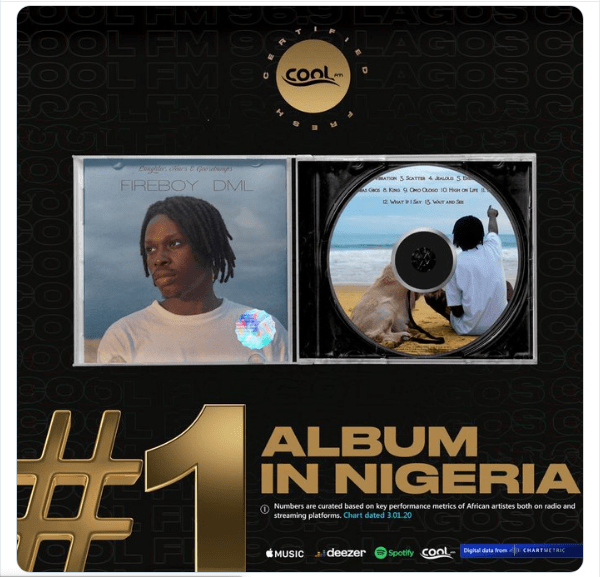 YBNL signee, Fireboy DML has announced that his album, ‘Laughter, Tears and Goosebumps’ is now ranked the number one album in Nigeria by Cool FM.

This is the “Jealous” singer’s first studio album, and he definitely is super excited about the ranking of his album, he expressed this while also showing his gratefulness.

Fireboy took to his official Twitter handle to make the announcement, which was curated by Cool FM.

This announcement comes a few weeks after the album hit 100 million streams across all streaming platforms.

Sharing a photo of the recognition award, the rave of the moment tweeted: “grateful 🙏🏾 #LTG.”