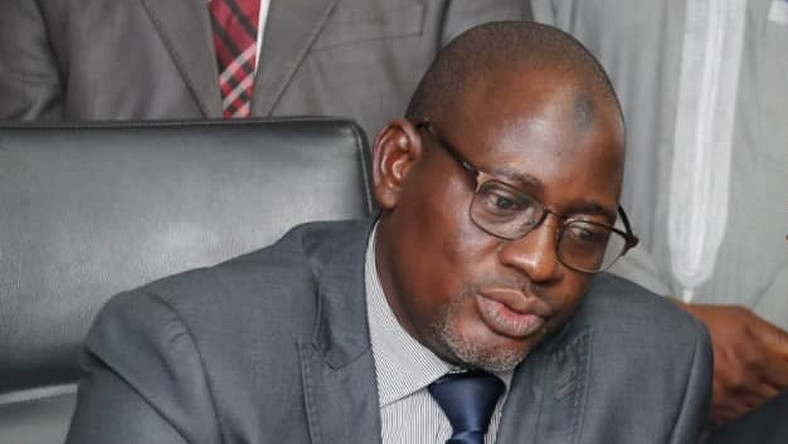 The Executive Chairman of the Federal Inland Revenue Service, Mr Muhammad Nami has said that the tax collection reform currently being implemented by the service under his watch would help to block the about $10bn tax leakage by multinational companies.

He said the reform which is being anchored on four pillars would also help to achieve and even surpass the N8.5tn tax collection target set by the Federal Government for the agency this year.

The N8.5tn target is broken down into oil tax target of N3.7trn and non-oil taxes target of N4.8tn

He said these on Friday in Abuja at the opening session of the FIRS’ 2020 management retreat.

Nami said currently, Nigeria is losing about $10bn of tax revenue through illicit profit shifting by multinational corporations operating in the country

This amount, he noted, could have been applied to critical infrastructure development by the three tiers of government.

He said the $10bn tax leakage accounts for about 20 per cent of the entire $50bn being lost by the African continent.

” Looking at our performance in the recent past, one may look at the 2020 target as ambitious, but I can assure you that it is achievable especially with the ongoing reforms and business process re-engineering that are taking place in the Service.

“These reforms are aimed at improving both filing and payment compliance, re-activating dormant taxpayers through aggressive intelligence gathering and information sharing and blocking of leakages.

“In addition, if we are able to detect and block tax avoidance schemes by Multinational Corporations, that will also go a long way to improve our tax revenue collection.

“The African Union Illicit Financial Flow Report estimated that Africa is losing nearly $50bnthrough profit shifting by Multinational Corporations and about $10bn of this amount, is from Nigeria alone.”

He told participants at the event that the management team of the FIRS had also set a target of improving the Service’s performance over the next four years by a minimum target of $5m staff-to-revenue- ratio and a ten per cent tax-to-GDP ratio.”

The Minister of Finance, Budget and National Planning, Mrs Zainab Ahmed urged the management of FIRS to come up with an effective strategy to implement the 2019 finance act.

She said one of the key features of the finance act is the reposition of the Small and Medium Enterprises sector adding that the government did this to support the growth of SMEs.

She urged the staff of FIRS to carry out their duties in a transparent and accountable manner adding that through this, the level of taxpayers in the system would continue to increase.

The Chairman, Senate Committee on Finance Solomon Adeola, said that the senate would continue to support the Service to achieve its objectives.

“The Senate will not shy away from legislative interventions where necessary as well as a robust oversight of all revenue-generating agencies.

“The ultimate goal is to ensure that government have revenue for needed development in all sectors and address the issues of recurrent budget deficit.

“It is clear that the Federal Government expects much from the reinvigorated FIRS in delivery of it’s mandate more than ever before.”

The President, Institute of Chartered Accountant of Nigeria, Nnamdi Okwuadigbo describe the retreat as timely as it was coming at a time when the nation was looking for a viable alternative to increase its revenue base.

“One cannot overstate the importance of this gathering as it aims at making FIRS more effective, efficient and to source feasible alternatives to improving revenue generation in the country,” he said.

He explained further that there is a need for the service and all stakeholders to leverage the opportunities provided by the Finance Act 2019 to create a better future for the country tax system.

The President, Chartered Institute of Taxation of Nigeria, Gladys Simplice urged the service to create an environment that would foster collaboration with relevant stakeholders in the Nigerian tax system.

She said this was critical in galvanising the support that the FIRS requires to make headway in its efforts at meeting revenue targets.

She said, “The tasks of administring taxes is daunting anywhere in the world, particularly in developing countries.

“This notwithstanding, FIRS has made considerable progress in building a Revenue Agency that is innovative, efficient and professionally run over the last few years.”

In his comments at the event, the President of the Association of National Accountants of Nigeria, Prof Muhammad Mainoma said that urged the new management of the FIRS to be neutral, accountable, measurable and inclusive in its dealings with stakeholders.