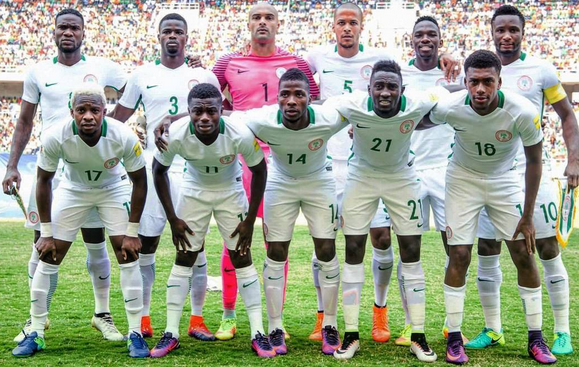 Nigerian footballers are passionate about the game of football and they are known for their huge exploits within and outside the country.

Before now, most of them were known with their respective clubsides in the local league, because of their dedication and the outstanding performances they churn out on a regular basis.

However, the players have been exposed (since the early 90s) to top flight professional football action outside the country, and this has helped many of them travel far and wide in search of fresh challenges.

Every Nigerian believes that more than the fresh challenges and better platforms to exhibit their skills, the players travel to European, Asian and some developed countries in search of the proverbial ‘Greener Pasture’.

The players could be desperate to move from their local clubs to foreign teams, but there are certainly some countries where you are not likely to meet Nigerians plying their trades.

Odion Ighalo plies his trade in the English Premier League in Europe.

WuzupNaija presents you five of the countries where you are most likely not to find Nigerian footballers.

For those familiar with the history of this country, they don’t need anyone to tell them that the country’s attention is not totally concentrated on sports.

Although the country was a participant at the 2010 World Cup in South Africa (losing all three matches in the group stage), that seems like the farthest they have been able to manage over the years, and this may have totally discouraged Nigerian football stars from travelling to the country for footballing reasons.

They have since won medals at the Olympics, but their participation in football is not encouraging enough and they are not a country which seems to be focussing all its strength in making football (as a sport) a priority.

Apart from the fact that Burundi is not a top footballing nation in Africa, Nigerian players are not likely to travel ‘East’ in search of top flight football or greener pastures.

If anything, it would not be out of place to have football players from this part of the continent travel all the way to the west to ply their trades in the LMCNPFL which recently ran a full season of football action without a big name sponsor.

Super Eagles celebrate after Kelechi Iheanacho’s goal against Zambia. They can never play in Syria.

With a 101 place on the world ranking, Syria does not in any way look like a country that has interest in football, although it remains one of the most popular sports in the country.

The country, observers will agree, seems to be more interested in fighting the unending battle in the country.

If not for any other reason, Nigerian players would be wary of the threats posed by the Islamic State Of Syria and Iraq (ISIS) fighters.

Seen as Syria’s version of Boko Haram, ISIS is more ruthless and poses more threats to the lives of the players if they dare to make the country a place to ply their trade.

Like Syria, the first thing that readily comes to mind at the mention of Afghanistan is the thought of being killed by war-fighting soldiers.

More than any other word, ‘Taliban’ seems to be more popular when mentioning Afghanistan as the citizens are still living in fears of being attacked at any time after being under serious siege for about 13 years.

No Nigerian player in his right senses will want to have anything doing with Afghanistan, not even to settle down and play football.

Many would have sworn that they have neither heard about this country’s name before or think it might appear on this list.

With the country’s over 190,000 (one hundred and ninety thousand) population, Sao Tome et Principe does not totally boast of an economy that might thrive on sports – which is one of the things Nigerians look out for before moving.

It is not even certain if there’s a football league in the country, let alone a national team that can stand on its own in continental football action.

No matter how terrible the recession in Nigeria is presently, there is no possibility of having a Nigerian football player run to the country for ‘greener pastures’.

Paul Pogba slept with this Nigerian singer and their loud sex moans left people wondering
Aisha Buhari fails to return to the ‘other room’, heads instead to Brussels (photo)