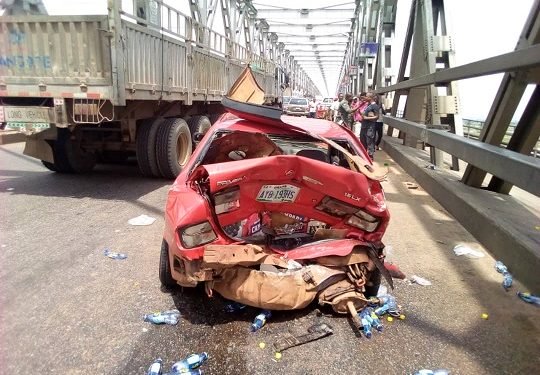 The accident, which occurred around 10.40am, involved a Toyota Sienna, Hilux, Hiace, Nissan Primera and a tricycle with a total of fourteen passengers on board.

The driver of the Sienna car rammed into the Nissan Primera after it lost control, hitting the Hiace bus, the Hilux and the tricycle respectively.

An eye witness said some of the passengers sustained varying degrees of injury, while the Primera was badly damaged.

“The crash occurred after the brakes of the Toyota Sienna with registration number AKD960XY failed.

Anigbo said the injured were taken to the hospital by sympathizers before the arrival of the FRSC rescue team from Onitsha Unit Command.

“The Sector Commander Federal Road Safety Corps, Anambra State, Andrew A. Kumapayi warns drivers against driving above stipulated speed limits, and tricycle riders from operating on the expressway, as this is a direct violation of the Law.

“He also reiterates the importance of ensuring that vehicles are checked and serviced regularly, especially the breaking systems, before embarking on any trip,” he added. 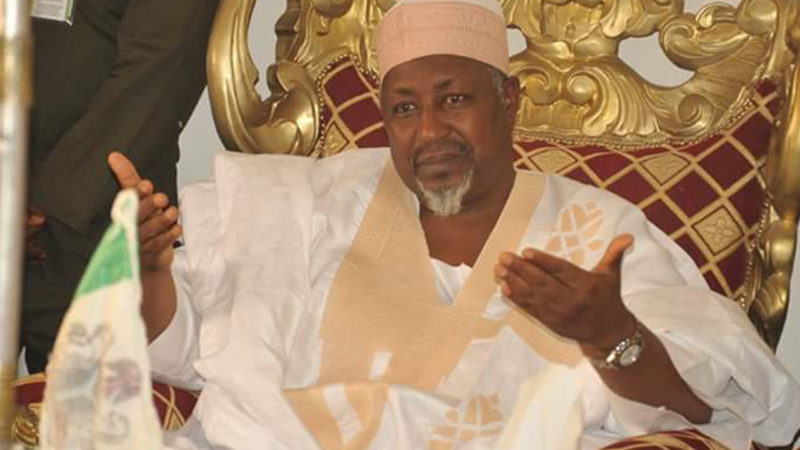 The victim exposed the 11 men after one of them, a 57-year-old man, was caught trying to lure her at Limawa market in Dutse LGA.

She said the men raped her at different times.

Following the widespread condemnation, the state governor, Baduru Abubakar, today vowed to ensure that no stone will be left unturned in ensuring that justice is served. Speaking during a press conference in Dutse, the state capital, the governor said

“My Attorney General is always the lead counsel in prosecuting rape charges. In this case, he is actively aware, the police are aware.

“We will leave no stone unturned until we bring those people to justice. It is bad and it is bad.

I was made to understand that it was not gang rape at the same time. It was an incident of sexual intercourse with a minor at different times with different people.

It was not like they raped her at once, 12 or 14 people. No, I think she has been going around different people who are molesting and taking advantage of under-aged (girls).” 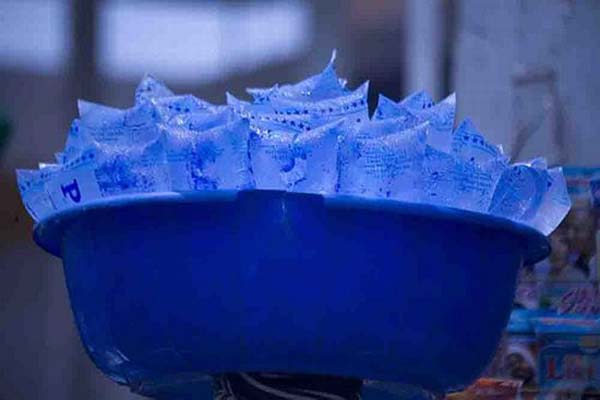 The victim, it was gathered, was hawking sachet water on Monday when the men, who were said to be armed with broken bottles, accosted her and took her to a corner in the market, where they forcefully had carnal knowledge of her around 7pm.

The victim was reportedly rushed to the hospital for treatment after the incident.

When contacted, the state Police Public Relations Officer, Sunday Abutu, said two suspects had been arrested, adding that efforts were on to apprehend the third member of the gang.

“The girl was hawking sachet water when the incident happened around 7pm on Monday. The suspects are friends; we have arrested two of them, while the third is still at large. Investigation is ongoing,” Abutu stated.

The rape incident comes days after a 100-level student of the University of Benin, Uwaila Omozuwa, was raped and killed inside a church in Benin City, Edo State.

WuzupNigeria also reports that also on Monday, an 18-year-old student of the Federal College of Animal and Production Technology, Moore Plantation, Apata, Ibadan, Oyo State, has suffered the same fate.

The teenager, Barakat Bello, who was undertaking the National Diploma programme in Science Laboratory Technology, was reportedly attacked on Monday.

t was gathered that the attack on Barakat took place at her home in the Akinyele area of Ibadan.

Initial reports had it that her corpse was found near the house.

The father of the deceased, Kasimu Elepo, told Sahara Reporters that he was not at home when the incident occurred.

He stated that the deceased’s sister was also out of the house when the tragic incident occurred.

According to him, the sister found Barakat’s body in a pool of her own blood at the back of the house when she returned from Quranic lessons.

“I was not at home when the incident happened. The victim’s younger sister was not at home too; she went for Quranic lessons, but when she returned home, she saw Barakat at the back of the house with deep cuts all over her body. She had been raped and killed.

“Somebody called me on the phone that I should come home, but he refused to tell me what happened. When I got home, I saw that my daughter had been raped and hacked to death.”

Three-year-old, his father and three siblings contract coronavirus in Imo 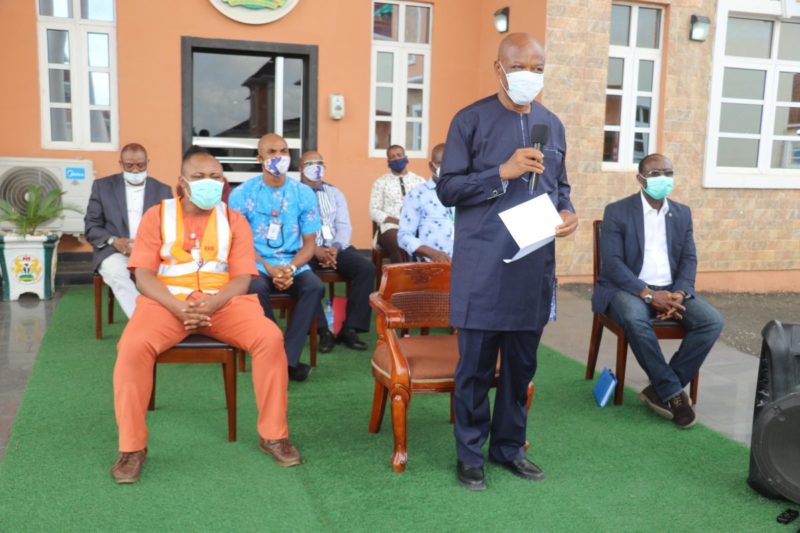 A toddler has tested positive for coronavirus [COVID-19] pandemic in Imo State.

The chairman of the committee on COVID-19 in the state, Prof Maurice Iwu, who confirmed the development while briefing newsmen in Owerri, the state capital, gave the boy’s age as three.

Iwu, a former national chairman of the Independent National Electoral Commission [INEC], said that apart from the three-year-old, his father and three of his siblings tested positive for the pandemic.

The professor of pharmacotherapy said that seven active cases of coronavirus were being Isolated at the Federal Medical Center in Owerri.

He disclosed that the state government was giving special attention to the three-year-old.

“Let me tell our people again to keep observing all the protocols associated with this pandemic such regular washing of hands under running water, use of alcohol-based sanitizers, social distancing and regular wearing of face masks”

He said that the committee in partnership with the state government and other relevant stakeholders in state were engaging the people of the state on the best ways to defeat the virus.

He appealed to church leaders to adhere to the safety measures and protocols in tackling the pandemic.