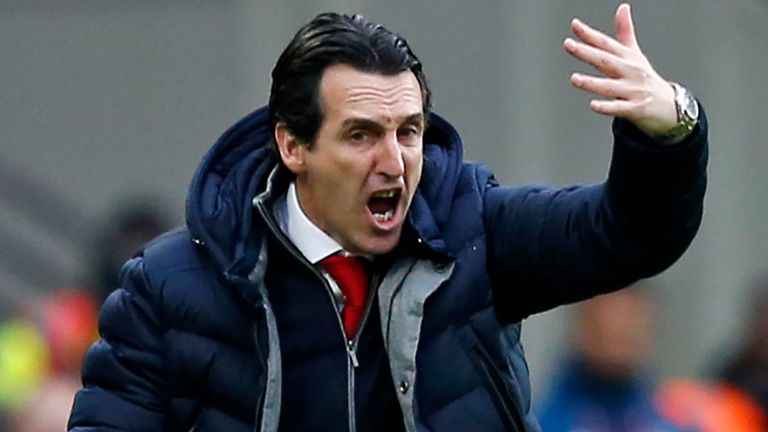 Arsenal manager Unai Emery is on the brink of sack after losing at home to Eintracht Frankfurt in the Europa League on Thursday.

Emery’s team are without a win in seven games, performances have been poor and support is fading in the boardroom at the Emirates Stadium.

Some Arsenal fans held banners calling for him to go during the game on Thursday when the Germans fought back from behind to win with two goals in nine second-half minutes.

The Gunners could be set to sack Emery within hours, Spanish reports have claimed. It’s believed that last night’s defeat could be the final straw after a dismal run of form which has seen the Gunners win just one game in their last nine matches.

According to Mundo Deportivo journalist Francesc Aguilar, Arsenal are set to sack Emery within hours.

He tweeted after the match:

“The continuity of Unai Emery in Arsenal has the hours counted.

“It is strange the behaviour of its players in the field with a level much lower than its quality.

“The Eintracht in Frankfurt left them in evidence in the Europa League.”

Daily Mail UK reports that first team coach Freddie Ljungberg, a hero of the Invincibles era, would be a candidate to step into an interim role if the board decide to give Emery the chop.

Steve Bould, another former player who served for many years in Arsene Wenger’s coaching staff, remains at the club but stepped away from the first team earlier this year to make way for Ljungberg.