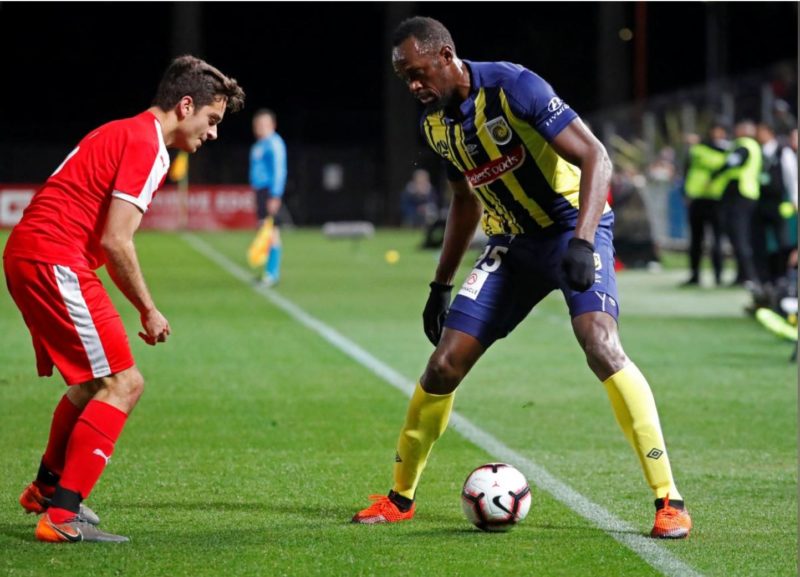 After his debut, Bolt, who holds the world record in 100m sprint, conceded that he will need more time to get up to speed.

The 32-year-old Jamaican, who is hoping to win a professional contract ahead of the Mariners’ 2018-19 A-League campaign, was greeted by a crowd of nearly 10,000 as he stepped onto the pitch at the team’s base north of Sydney in the 72nd minute against an amateur select side.

With the Mariners already leading 6-0, a relaxed Bolt pulled off a few stepovers on the left wing and was inches away from connecting with a close-range tap-in.

There were a few heavy touches and the occasional loss of possession in the final few minutes, which showed Bolt still has plenty of work to do.

After the Mariners sealed a 6-1 victory, Bolt acknowledged that he will need at least four months to build up his fitness levels and perform at his peak on the football pitch.

“Probably four or five months… to get fit two months. Four months (from now) I’ll be playing like one of the guys,” Bolt told Fox Sports.

“It was good, it was what I expected. I was a bit nervous, but as soon as I got on the field it went away.

“My fitness is much better. The more I play, listen and train the better I’ll get,” he said.

Bolt’s attempt to transform himself from global athletics superstar to professional football player has generated huge publicity for the struggling Mariners, who finished bottom of the 10-team A-league last season. 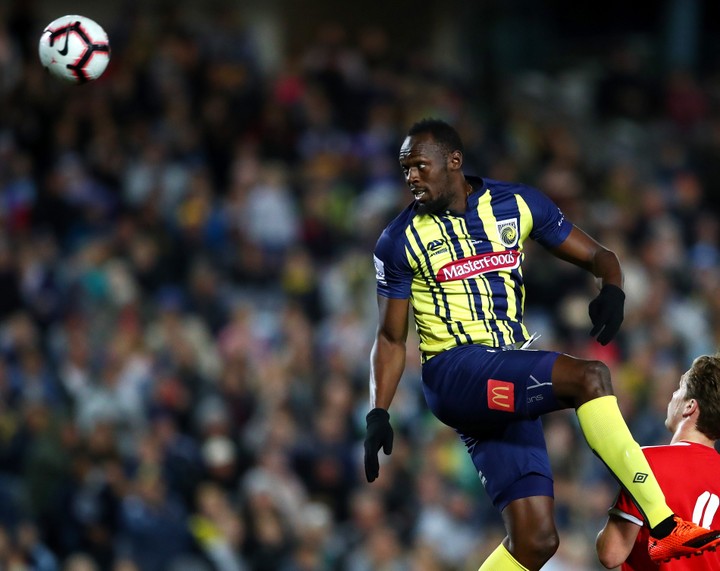 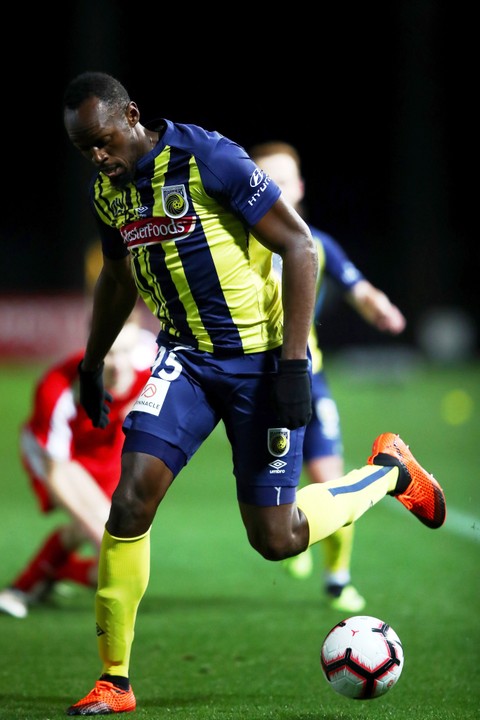 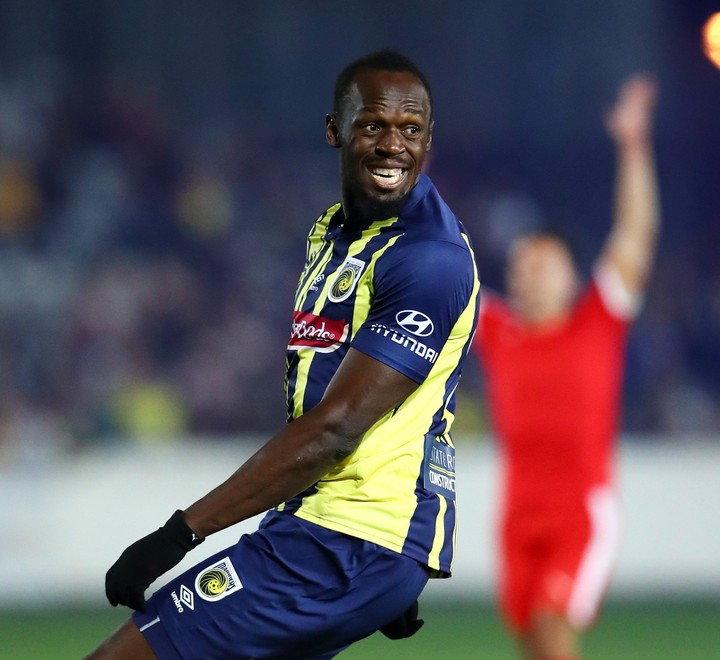 A moment in sporting history is made. @usainbolt, the footballer, steps onto the pitch in Yellow & Navy. ⚡️ #CCMFC #ALeague pic.twitter.com/3j9ZuEvTsf

THE BEST AMONG THE PACK! Mike Tyson picks Anthony Joshua ahead of  Deontay Wilder and Tyson Fury, says he is best world heavyweight boxer
RESPECT ME, I’M ONE OF THE GREATEST! I have won eight titles, proper titles, not small titles, Mourinho tells media