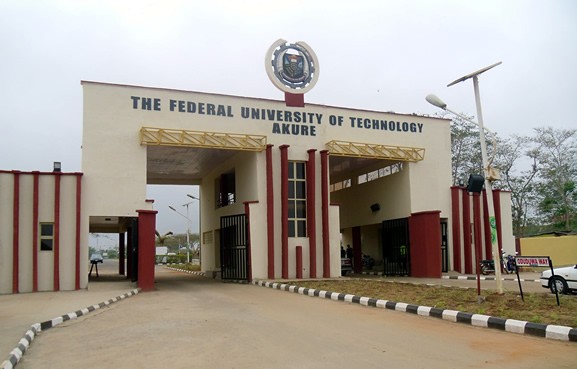 The Federal University of Technology Akure [FUTA] has suspended some students for allegedly bullying their female colleague in one of the off-campus hostels on Saturday, November 16, 2019.

FUTA says it continues with investigations into the circumstances that led to the odious and unfortunate act.

“The University deplores such behavior and reiterates that all those found to be culpable will be visited with the full weight of the law under the extant rules and regulations governing Students behaviour and conduct off and on the campus at the conclusion of investigation being carried out by the Students Affairs Division.

“The University Management is providing medical and counselling support for the affected student.

“The University reiterates its abhorrence of any action or behaviour by students that are inimical to the well-being of others and will continue to sanction students who run foul of its rules and regulations.

“For the avoidance of doubt, only students who are worthy in learning and character can lay claim to and be addressed as FUTA students.”

The sanctioned students included Popoola Olaniyi, Oluwadare Faith, Nandi Jessica, Ajuwon Emmanuella, Emmanuel Taiwo and Alao Cecilia. The incident reportedly occurred at one of the students’ hostels outside the campus of the institution.

It was gathered that the students on Saturday pounced on the victim for alleged gossip about one of them while the other five decided to avenge by beating her ruthlessly. During the beating, one of them recorded the act and posted it on social media.

In the video that went viral, two of the students were slapping and whipping the victim ruthlessly while she (victim) begged them to leave her alone.

A source said the brutal assault landed the victim at the hospital as she was said to have gone into a coma after the beating.

“The lady (victim) was accused of gossiping about one of the female students in the hostel. So she (accuser) then invited her other friends, one male, and four female, to ‘deal’ with her. That was how they started beating her.”

The source added that the victim was currently receiving treatment at an undisclosed hospital in Akure, the Ondo State capital, where she was being admitted.