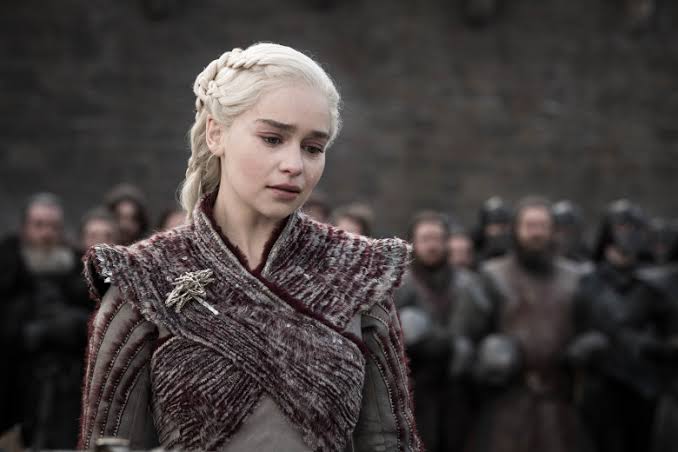 Fans might have loved the gratuitous nudity on “Game of Thrones,” but not everyone on set was as pleased.

Actress Emilia Clarke, who played Daenerys Targaryen on the HBO show, revealed that she was pressured to strip down on camera in order to appease “GoT” fans.

Clarke, 33, dropped the bomb on Dax Shepard’s “Armchair Expert” podcast, recalling an instance where she turned down a nude scene despite being warned that it would disappoint the “GoT” viewership.

The “Last Christmas” star added that she felt overwhelmed by the “f–k ton of nudity” in the show’s pilot season.

Clarke said she had initially convinced herself that baring all on camera was “completely fine,” but still struggled with the idea of stripping down.

However, “Aquaman” actor Jason Momoa, who played her husband Khal Drogo in the first season of “Game of Thrones,” taught her to set boundaries, reports the Independent.

“It was definitely hard,” she said. “Which is why the scenes, when I got to do them with Jason, were wonderful, because he was like, ‘No, sweetie, this isn’t okay.’ And I was like, ‘Ohhhh.’

Clarke has since set some ground rules, which explains the comparative lack of Khaleesi nudity in the show’s later seasons. Not to mention one scene where Daenerys commands Daario Naharis, played by hunky Dutch actor Michiel Huisman, to strip in front of her, reports Uproxx.

“I’m a lot savvy now with what I’m comfortable with, and what I am okay with doing,” she added.