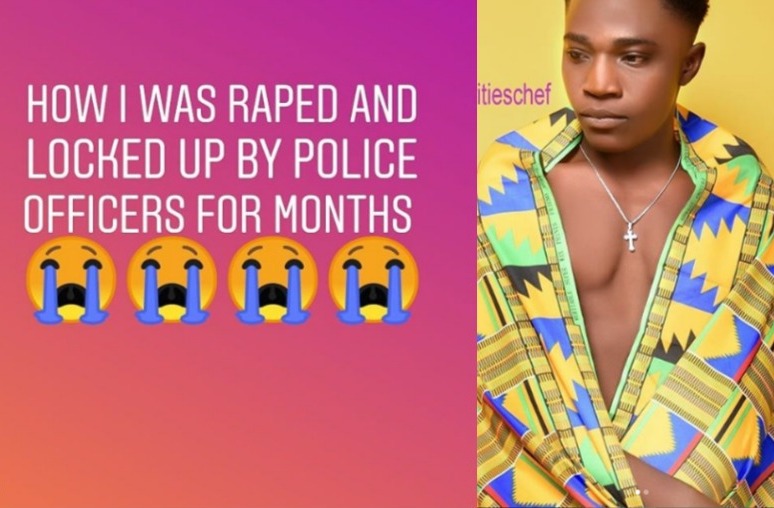 A Nigerian chef who has publicly identified as gay has cried out for justice after he was allegedly gang-raped by some of his clients in Lagos.

The man identified as Ayomide Idowu while recounting his ordeal said the supposed clients had hired him to cook for their events, but the supposed business turned sour after they gang-raped him.

He said his case became worse after reporting at the police station as the officers locked him up in the cell from where he was transferred to Badagry prison where he later spent two months before eventually regaining his freedom in June this year.

He said the incident left him depressed and isolated.

Ayomide took to his Instagram page to recount his experience.

“My name is Ayomide Idowu. I am writing these in severe pains and tears.

“Months ago I was gang-raped by people (men) who were supposedly clients whom I was to cook for their events. After that, the same day I tried reaching out to the police., instead of listening to what I had to say, they locked me up and took me off. Where I found my self was at BADAGRY PRISON where I was for 2 months plus.

READ ALSO: Millions of Nigerians in hardship because of corruption – Buhari

“I really want justice… These is just too much for me to bear. I am presently living in a state of NO SELF ESTEEM, ISOLATION, DEPRESSION AND FEAR OF WHAT TOMORROW HOLDS.” 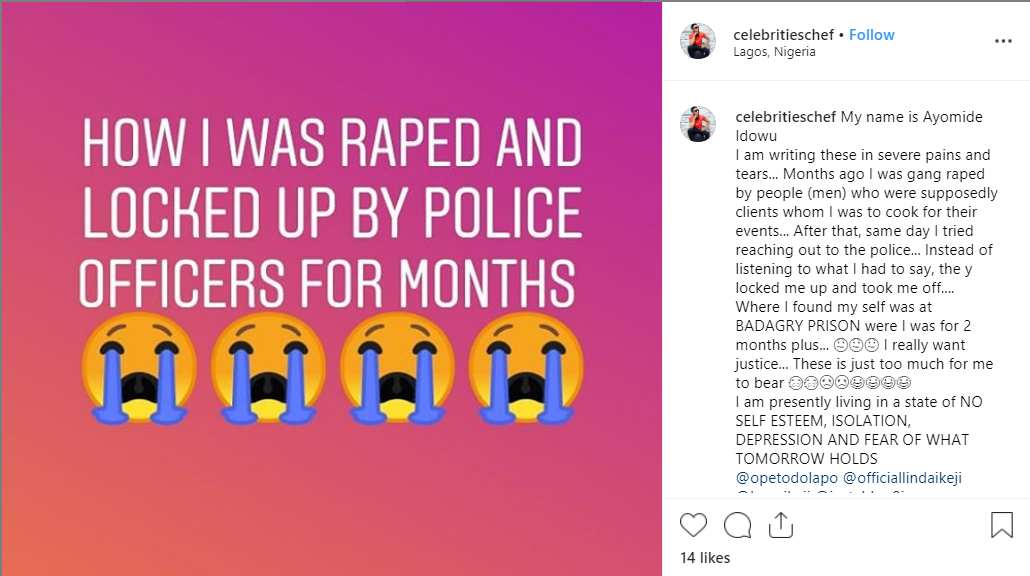