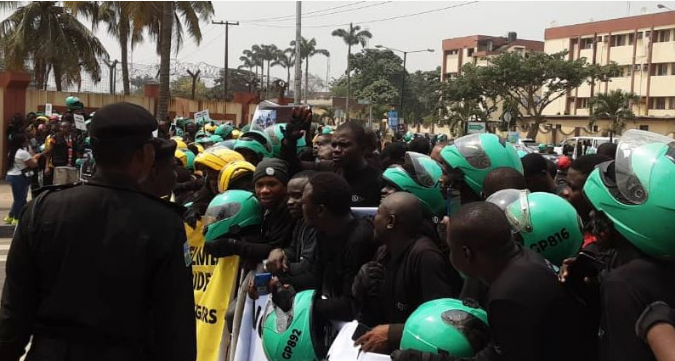 Thousands of motorcycle riders working for bike-hailing services – Gokada and Max, on Friday, stormed the Lagos State House of Assembly in protest against the new rule banning their operations.

According to The PUNCH, the riders, who carried placards with different inscriptions, demanded the suspension of the planned ban on motorcycle and tricycle riders in 15 local council areas of the state.

The riders lamented that the ban would not only take their means of livelihood but also render them jobless.

They later submitted a petition to the lawmakers, who came out to address them.

The member representing Alimosho Constituency, Bisi Yusuf, who represented the Speaker, Mudashiru Obasa, urged them to obey the law pending when the House would look into their petition.

MORE READING!  JUST IN: Senators donate 50% of their salaries to fight against COVID-19

The Lagos State Government, on  Monday, announced that from February 1, 2020, commercial motorcycle and tricycle riders would no longer be allowed to operate in 15 local government areas and 50 highways and bridges across the state.

Commissioner for Information Gbenga Omotoso had said the enforcement would be total, warning that the Government would deal with violators in accordance with the Laws. He added that there would be zero tolerance for the movement of the banned vehicles on the listed highways and bridges. 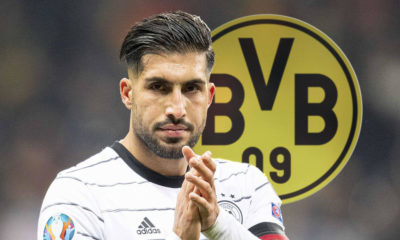 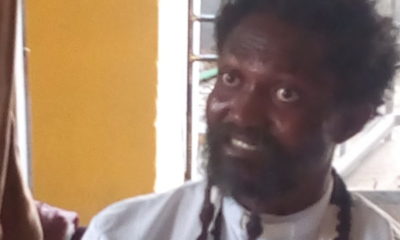 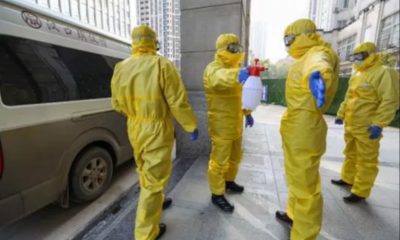 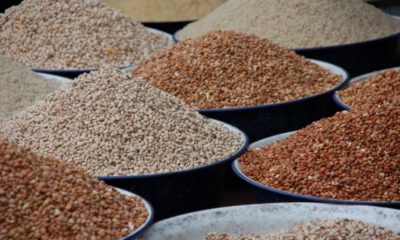