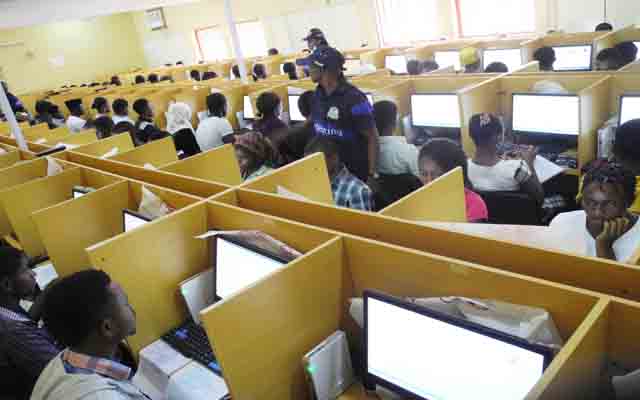 The test conducted by universities after candidates have passed the Unified Tertiary Matriculation Examinations has been scrapped.

The Federal Government on Thursday ordered the scrapping of the post UTME test, saying there is no need for it if there is full confidence in the Joint Admissions and Matriculation Board.

Minister of Education, Mallam Adamu Adamu, gave the order at the National Universities Commission (NUC) in Abuja, while declaring open the 2016 combined policy meeting on admissions to Universities, Polytechnics and other higher institutions in Nigeria.

The combined policy meeting is an annual forum where admission officers and stakeholders from universities, polytechnics and other tertiary institutions converge to debate on common cut-off points for admissions.

“Our universities shouldn’t be conducting another examination; if they have any complaint against JAMB, they should come to the Ministry of Education and we will look into it,” Adamu said.

“If JAMB is qualified to conduct the computer-based test and they are conducting the test, then there should be no need for students to sit for another examination to get admission.

“As far as I am concerned JAMB has built a level of confidence in terms of conducting the UTME. A situation where universities go and conduct other examinations is unnecessary.”
Adamu’s speech was in reaction to a protest staged by a group of students numbering about 20 at the venue of the meeting.

The protesters who blocked the entrance of the NUC office called on the government, National Assembly and other major stakeholders to put an end to the conduct of Post-UTME.
Adamu also ordered JAMB to stop extra charges for change of course, change of school, among others.

At the meeting, it was agreed that 180 marks should be adopted as general minimum cut-off points for admissions to Universities, Polytechnics, Colleges of Education and other Diploma awarding institutions respectively.

The meeting which was moderated by the Registrar/Chief Executive of JAMB, Prof. ‘Dibu Ojerinde, also emphasised that preferences for degree-awarding institutions was still on the high side.

Prof. Ojerinde said first choice preference for degree-awarding institutions stood at 97.78 per cent as against 1.1 per cent for National Certificate in Education and National Diploma courses.